There’s a revolution fermenting in the Moutere Hills and Waimea Plains with the return of one of Nelson’s wine sons to the region. Michael Glover has left a radical career in Australia to don the black beret of Mahana, Che Guevara-style, and take up a wine-growing crusade that could create more converts to the exciting wines made in this region.

Glover’s are no hit-and-run manoeuvres, however. It’s clear that it was a much-pondered battleplan to leave an illustrious role at Bannockburn Vineyards and take up the position of winemaker at Mahana (formerly Woollaston), returning to the place where he helped his father set up his winery, Glover’s.

“Part of me was planted in the land with those vines. My love of wine began in Nelson. My adventure began here,” he explains. It wasn’t just his roots that pulled him back, but also the region’s “incredible assets”, which allow him to create wines with minimal intervention, something he’d already explored through making a wine in Nelson a few vintages back.

“The wine I made under my own label, Mammoth, in 2013 proved to me that Nelson could make bloody good pinot noir from dry grown fruit with no addition of enzyme, yeast, tannin, colour ... nothing but a bit of sulphur dioxide. For me, personally, this is nirvana. You’re making something that has integrity, is pure, and dare I say it, authentic,” he enthuses.

In his quest to make wines that are “exciting, challenging, interesting and dynamic”, Glover is not afraid to experiment and apply unconventional winemaking techniques, such as “skin fermentation on whites, 100 per cent whole-bunch fermentation on both whites and reds, the use of bespoke ‘Che Glovero’ oak cigars, acacia puncheons, lees ageing”… the list goes on.

Glover is not the first to push the envelope in the region. It was the pioneering winery, Neudorf’s 1982 cabernet that inspired Glover’s father to plant his vineyard. Tim and Judy Finn made the leap of faith to establish a vineyard here in 1978 when there were virtually no vines in the region and have been ploughing their distinctive furrow ever since.

“Today’s mainstream was yesterday’s brave new frontier,” says Judy. “In the 80s this included a lot of varietal and viticultural trials. We had a whole bunch of new varieties and clones to plant in untested soils and climates, using a plethora of trellising systems, and we were also experimenting with different fruit handling techniques in the winery.”

Neudorf now manages its vineyards organically and eschews the irrigation ubiquitous in much of the country’s vineyards on its mature vines. Its Moutere home vineyard has been dry farmed for three decades, a decision driven by Finns’ conviction that the resulting deeper-rooted vines produce wines with greater complexity and concentration.

The Finns’ legacy can be experienced directly through their collection of long-lived older vintages, which offer ample proof that the best of the region’s wines have great potential to age. On a recent visit, I was highly impressed by the 2001 Moutere chardonnay, which was amazingly fresh despite being over a decade old. The good news for those who missed out first time around is that Neudorf is making more of these aged vintages available.

“Every vintage sees more boundary pushing work in the winery and vineyard,” says Judy, “whether it’s trialling the new grape variety albarino, new clones of chardonnay, skin-fermented pinot gris, or back to the future with our minimal oak ‘terroir’ chardonnay trial, 25 Rows.”

The Finns remain involved. However, there’s been an injection of new blood at Neudorf with the arrival of winemaker Todd Stevens and viticulturist Richard Flatman, part of a younger generation starting to shape the region’s wines. 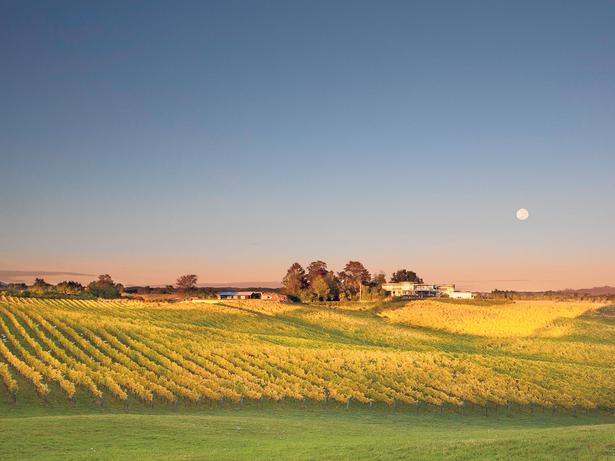 “Nelson is building up a group of intelligent, enthusiastic young winemakers with increasing experience and the ability and desire to share their views and knowledge,” Judy observes. “This can only promise good things for the future of the region.”

“The Nelson wine community is now more diverse than it has ever been, with a newer group of professionals working in the region together with the older guard,” agrees Andrew Greenhough, an ex-art historian and local trailblazer who started Greenhough Wines 25 years ago. “There is exchange of ideas, regular tasting of each other’s wines and an enthusiasm to move our regional industry forward.”

Among this new guard is former chef Cameron Trott, who now works with Greenhough on winemaking. The creative duo have been exploring the potential of fermenting white varieties with their skins, a traditional practice that’s now rarely used in conventional winemaking, but has added some attractive textural elements to the latest releases of Greenhough’s Hope sauvignon blanc and Hope Valley riesling.

“I definitely think that there is a developing core of local guys who are keen to experiment and push boundaries,” says Cameron, who gathered local winemakers together for a skin contact workshop. “We are all looking at tools to help develop layers of complexities in our wines.”

Another development driven by a quest for greater quality is Greenhough’s conversion to organics. For many years early adopter Richmond Plains was the sole organic player in the region, but the movement has been gaining serious momentum, to a point where 11 per cent of Nelson’s vineyard area is now organic, which is twice the national average.

Nelson certainly has plenty for wine lovers in its armoury. Its chardonnays and pinot noirs have historically been its heroes and have gone from strength to strength. However, in more recent times it’s identified with the white aromatic varieties that also make some wonderfully expressive wines there.

On a recent trip to the region I sampled a wide range of its wines in situ. Quality across the board was strong, while the wines in its upper echelons are up there with the best in the world.

This was the first time I’d tried a number of wines from smaller players in particular, some of which are never sold outside the cellar door. This makes a visit to the region a must for anyone wanting to really scope out what Nelson has to offer.

It also helps provide a context for the region’s two main styles when one experiences first-hand the contrast between the stony Waimea Plains responsible for fresh, bright wines and the rolling hills of the Moutere, whose clay soils produce wines with more richness and texture. Even without being lured by its wine, its beauty alone makes a visit worthwhile.

With so much to offer, diversity is may be one of Nelson’s strengths, but this has made it hard to market the region. It’s a challenge further compounded by the modest size of the district, bordered by mountains or sea, and that of its varied and predominantly boutique wineries.

“In Nelson we have a wide range of producers, many of which are very small and not focused on the wider market, let alone beyond New Zealand shores,” says Andrew. “Many are very small, under-resourced and simply too busy covering the bases to do more and may also have other careers. Along with a range of business models, motives and imperatives it’s understandable we are not necessarily all pulling in the same direction.”

However, a recent revamp of the region’s wine marketing is endeavouring to provide a collective voice for its wineries to more clearly tell Nelson’s wine story.

With a dedicated marketer now in its ranks and new website, winenelson.co.nz, much of its focus is to convey “the authenticity behind our boutique family-owned vineyards”, according to Wine Nelson’s new marketing manager, Meg Matthews.

That all Nelson’s wineries are still family owned is another appealing aspect in the increasingly corporatised world of wine, like neighbouring Marlborough where wine is big business dominated by large wine groups.

It’s something that’s attractive to both visitors and Nelson’s winemakers. This includes Michael, whose beret — which he also sported back in Bannockburn and encourages his winegrowing teams to wear — is a symbol “to keep the corporates at bay”.

“Nelson will never be a Marlborough, nor will it be another Central Otago for that matter, but that is its very strength and asset,” says Michael.

“Nelson has the ability to be the true home of the artisan. A region that harbours quirky dudes making wild and exciting wines in tiny quantities. We can make wines that the behemoth producers over the hills are too afraid, too conservative to make. All wine roads lead to the temple of terroir and at the heart of terroir is difference.

“Nelson can be the jungle that harbours the resistance movement, the Guerrillero Heroico,” he adds.

“I am member number one of the movement. Long live the revolution!”

Here's how to make this summer train cocktail