The brothers behind popular vegan burger van Wise Boys have opened a permanent home in Grey Lynn, with fan favourites and new options on the menu. 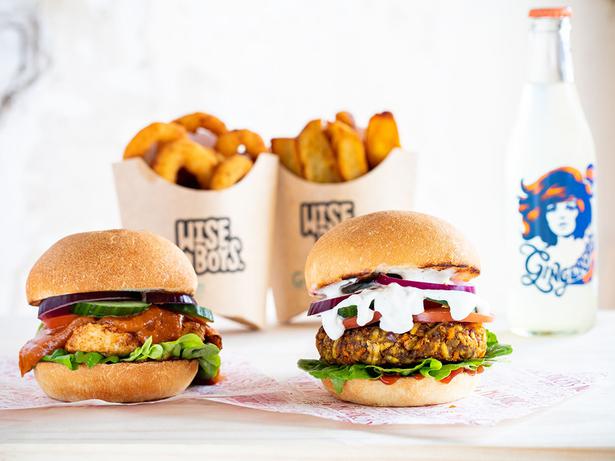 The Grey Lynn flagship will have an expanded menu of eight burgers and rotating specials with sides of kumara wedges and onion rings. Photo / Babiche Martens

The meatless burgers made from local ingredients have proved a hit since appearing on the events circuit back in 2015. The on-the-road business came about following Tim and Luke’s interest in industrial agriculture and their switch to vegan diets.

“There was a lack of filling vegan options out there. Our challenge was to create vegan food that doesn’t make missing meat feel like a sacrifice,” Luke says.

The van — built in their parent’s backyard after work and on weekends — was upgraded in October 2016 following a successful crowdfunding campaign. Wise Boys was named a finalist in the ‘Transforming Food’ category of the NZI Sustainable Business Network Awards in 2018. The Grey Lynn flagship will have an expanded menu of eight burgers and rotating specials, sides of kumara wedges and onion rings, house-made milkshakes and jars of their award-winning aioli and mayo onsite to buy. They plan to still to do private events in the food van for now.

Where To Find Delicious Autumn Dishes