Whitebait caught in the depths of Fiordland, brushed with Westgold Butter and cooked over the fire. Smooth rocks hand-picked from the Awarua River to use as plates. Diving for butterfish off d’Urville island in the Marlborough Sounds. They’re just three of the many vivid experiences New Zealand chef Ben Bayly enjoyed during an unforgettable experience in the South Island.

The award-winning New Zealand chef travelled to the West Coast and beyond to film the second series of TVNZ’s A New Zealand Food Story. Part food odyssey, part docu-series, part reconnaissance mission, Ben discovers what makes Aotearoa food producers tick, and in the first episode, explores the wilds of the West Coast, gleaning inspiration along the way for his fine-dining Auckland restaurant Ahi.

While the quality of the region’s meats and seafood was well known to him before the trip, Ben says he was curious to learn about the Coast’s unsung heroes.

“Chefs often overlook the basic ingredients, the fundamentals,” he explains. “I love finding the best salt, the best olive oil, the best flour, the best eggs and of course the best butter. These fundamental ingredients are the foundation of our dishes, the building blocks of flavour. You cannot cut corners.” 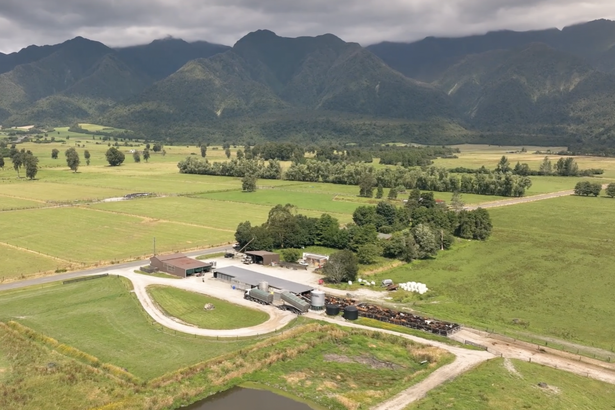 In the series, Ben continues to unearth the stories behind food entrepreneurs, meeting with fishermen, farmers, artisans and food suppliers to learn about their background, journey and produce, and uncovering their efforts in forging sustainable practices.

“What intrigued me was that our delicious Westgold Butter, a staple in our kitchens, also comes from down there,” says Ben. “How is that possible on the West Coast? How does the Coast grow great grass? What is the actual climate like? How big are the farms and how do the farmers look after the land and waterways? Is this sustainable? And why is Westgold Butter so damn golden in colour?”

Primed to investigate, Ben helicoptered into Fiordland, with its spectacular mountain peaks and fertile soil. It’s here he discovered the rich history of whitebaiting, before moving on to Hokitika, where he visited two farms that supply their milk to make Westgold Butter. With a climate like theirs, perhaps it’s no wonder the cows produce such rich milk — one of the farms backs onto a rugged West Coast beach dotted with driftwood, the lush green of the surrounding grass a result of the abundance of rainfall in the area. There’s a direct correlation between the health of the land and the “immense quality” of the food it produces, says Ben. There’s the seafood that thrives in the pristine West Coast waters, from crayfish to eel, whitebait, pāua and southern blue fin tuna. Then there’s the lamb that lives freely on the land, through to some of the country’s best hunting deer, chamois and tahr.

Then of course, there’s the dairy. The area may be remote and in some places perilous, but it’s also the ideal place to produce milk, thanks to the climate creating the greenest pastures available to farm. This nutrient-dense land is why Westgold have been able to produce a premium butter, honing their craft over 125 years, while respecting the environment and the animals.

The West Coast’s majestic scenery and culture also allowed the busy chef — whose quest for culinary knowledge has taken him around the world, working in Michelin-star kitchens in London and Paris before helming several restaurants in New Zealand — to experience a powerful connection to the land. Life unfolds at a slower pace on the Coast, and a hands-on approach ensures the ultimate in quality control. Not that everything in the rugged outdoors was new to him. Ben was raised on a dairy farm in Te Awamutu, so when the opportunity to milk a cow presented itself, he mucked straight in, the fruits of his labour sent off to Hokitika where the milk was then churned the old-fashioned way into Westgold Butter. 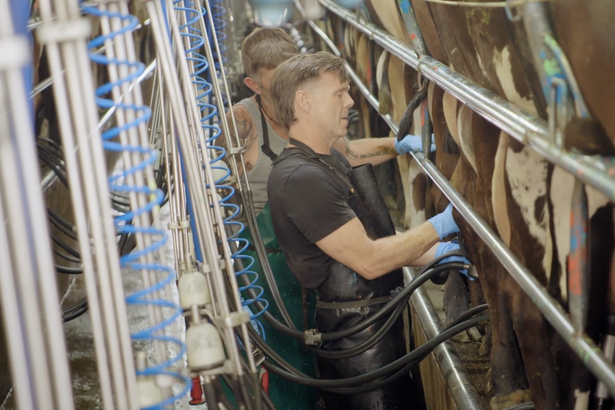 “I loved visiting the West Coast district,” says Ben. “It’s often the last place people think of for a visit, [yet] it has the best of New Zealand, not only for beauty, but it’s first in class for produce.”

View the West Coast episode of 'A New Zealand Food Story' on TVNZ On Demand. The series screens on TVNZ 1, Saturdays at 4.30pm on TVNZ1, and 9.30pm Sundays on Duke.