For certain strata of society, from Hollywood royalty to genuine blue bloods, the unveiling of Richard Caring's new $105m (£55m) Annabel's nightclub has been keenly awaited since last autumn.

The postponement of the relaunch - to the Northern Hemisphere's early spring this year - merely serving to intensify the anticipation.

Over the past couple of years, we've been teased with CGIs of the lavish new interior by Martin Brudnizki and details of the revitalised members club, which is just a few doors down from the original in a stately 2,400-square-metre (26,000-square-feet) Georgian mansion on Berkeley Square.

Caring's four-storey version is destined to be a considerable departure from Mark Birley's cosy club, a subterranean vaulted venue that included a chintzy bar, restaurant and compact dance floor. 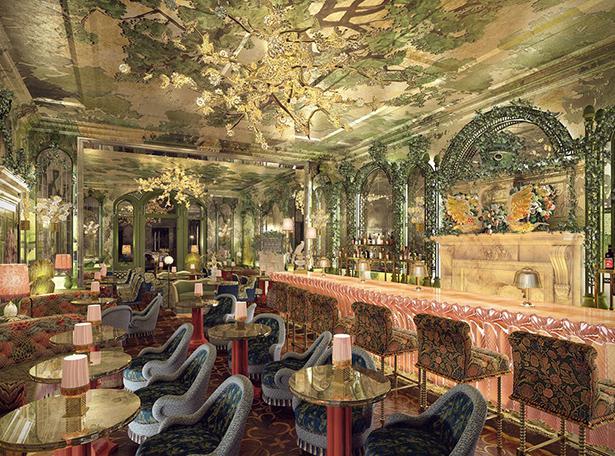 Annabel's mark II is clearly as keen to attract the younger laptop-and-lattes tribe (international tech millionaires no doubt) and not just aristos and trustafarians of leisure.

Now, as the countdown to the grand opening gathers pace, a beautiful art deco-inspired limited edition poster has been released to coincide with the launch. Created and printed in-house, the prints are available to purchase from Pullman Editions at £395.00.

Let's hope London is blessed with a Mediterranean summer to ensure this balmy vision of Annabel's is brought to life.

Seven Essential Cocktails You Should Know

Fancy yourself a cocktail whiz? Test your skills with this classic line-up