Ever Wondered What It's Like Behind the Wheel of a $4.4m Car? Ettore Bugatti - aka Le Patron - used to ride his horse alongside the production line in Molsheim, Alsace, his exacting gaze sizing up everything from beneath the brim of his bowler hat. But then Ettore always did have a finely crafted sense of the ridiculous; from his fantabulous Royale model, to boats, planes and trains.

Volkswagen acquired Bugatti in 1998, reasoning that building the world's best and fastest automobiles would set technical goals just as head-scratching as whizzing around a race circuit summer Sundays - Bugatti was to become the VW Group's Formula One.

Two years ago, the last Veyron Grand Sport Vitesse was produced and the Chiron is its replacement, named after Louis Chiron, the oldest grand-prix driver - 55 at the 1955 Monaco Grand Prix.

Since work on the Chiron predated the diesel emissions scandal, it's possible to consider that VW wouldn't have made the decision to embark on a €1 billion hypercar project in more recent times.

But with a production ceiling of 500 (50 more than the total Veyrons produced), Bugatti reckons it'll make money on the Chiron not least because owners will splurge an average £250,000 in extras on their cars - and there are already 250 names on top of the build sheets. 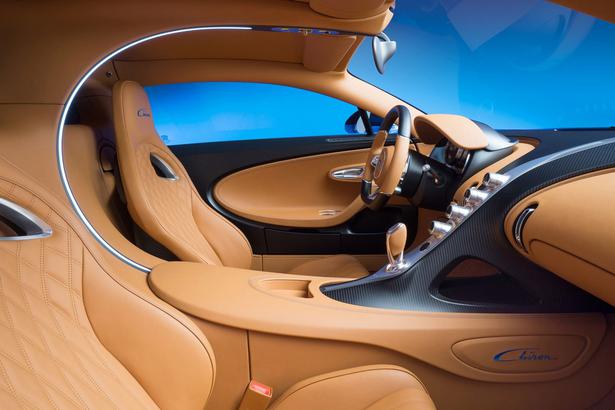 Under the carbon fibre skin is a technical tour de force, some of which may one day influence the cars you and I drive, though I doubt the voided carbon-fibre suspensions turrets, reinforced internally with aerospace-type metals will make it into mass production, or for that matter, a carbonfibre racing-car-stiff tub, which is assembled around the engine with just 10 titanium bolts.

Oh and then that engine. While still an 8-litre W16 quad turbo unit (yep, that's 16 cylinders arranged in two offset banks of eight cylinders) attached to a seven-speed, twin-clutch transmission driving all four wheels via Haldex clutches, the effort of extracting more than 50 per cent more out of it than when it resided in the Veyron has resulted in the replacement of almost every single part.

The Chiron is practically pornographic - from the sculpted con rods capable of handling 50 per cent more power but no heavier, to a gorgeous carbonfibre inlet manifold, which allows for the twin fuel injectors per cylinder. The four turbos half as big again and now deployed sequentially, the second set puffing in at 3800rpm and all controlled by a wonderfully expensive investment-casting of the nickel-chrome alloy Inconel 713C, normally used for jet-engine turbine blades.

There's also a new form of honeycomb-filled carbonfibre composite for the floors and the AP racing brake callipers are organically cast to save weight and increase surface area for oling.

The aerodynamics are tweaked with a flat floor and ducting plates, which pull cool air over the carbo-ceramic discs and draft it out of the wheel arches. Flaps forward of the front wheels increase downforce and there's a rear wing as big as a scaffold plank, which has four different positions depending on which mode is selected and also doubles as an airbrake at speeds above 190km/h.

Chiron's electronically limited maximum of 420km/h is impressively more than half the cruising air speed of the Airbus A320 which I took to meet the car, it's also slightly disingenuous, since Bugatti hasn't yet fully tested an unrestricted Chiron at VW's Ehra-Lessien test track.

What does it feel like, this phantasmagorical car? It's hard to describe something that few have experienced. Fairground rides have it, but not for long. Superbikes have it, but you are angled into the acceleration.

For something costing £2.5m, it's surprisingly simple, the seats adjust electronically, but the steering adjustment is manual. There's a lot you don't see of course, the diamonds holding the speaker diaphragms, or the especially thin leather, or the rear-lamp carrier machined out of a single billet, which runs across the car. 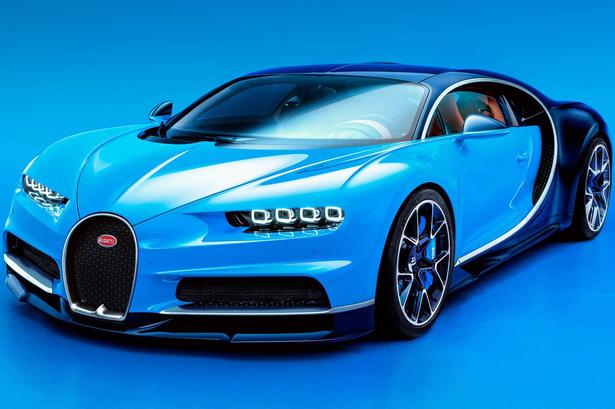 The engine is menacingly muted, with its rumbly, uneven beat. The twin-clutch gearbox is as simple as that in a VW Golf and around-town manners are surprisingly good, the ride particularly so. Compared with the Veyron, the Chiron is a comfortable car although you'd never mistake it for a limo, those tyres and the suspension capable of holding the car off the road at nearly 482km/h put paid to that.

New electronically assisted steering has a slower ratio but it feels sharp and a bit darty, particularly if you select Autobahn or Handling mode on the suspension, both of which lower the front end. Those dampers also lower themselves when the vehicle comes to park, not to aid egress, but because it looks sexier.

Perhaps most noticeable is the way the chassis communicates. To drive, the Veyron felt as talkative as a Toyota Corolla. Once used to the steering and the 2m width, on the right roads you can push this enormous car hard and the steering and chassis will tell you what's going on. The Chiron's phenomenal grip, and its stability and traction systems ensure you'd struggle to drift this car on a public road, although there is a setting to enable you to do that.

In the end, it's all about speed. You need to push an extra key to get up to 420km/h but even up to 380km/h it feels superlative. Going that fast may not be comfortable but it's addictive. On dry and grippy European roads, under full throttle there's never a trace of wheelspin, you just feel the Haldex clutches shunting torque around when the going gets bumpy, and all roads are bumpy at that sort of speed.

Those huge turbos lag, but not much, and once all four are pumping, the horizon shoots towards you like ink from a defensive squid; so fast it obscures your vision. The engine slurps 1000 litres of air a second, but your eyes are sucking harder at the scenery, willing it towards you. Details turn from hazy dots to windscreen fillers in microseconds.

Blink at 420km/h and you've travelled almost 60m, sneeze and you've covered nearly 400m with your eyes shut. You have to trust, breath lightly, fingers skimming the wheel, barely touching the earth's surface. It's flying on the ground.