Exploring The Blissful Bequia by Superyacht

Little visited in comparison to the likes of nearby St Lucia and Barbados, the island of Bequia may be one of the Caribbean’s best-kept secrets. Pronounced “beckway”, it is an outpost of the Grenadines, nine miles south of St Vincent: untouched, sleepy, with a small-town charm and off the beaten track, it’s often referred to as “the Caribbean as it once was”.

That sense of tranquillity and tradition stems partially from Bequia’s inaccessibility. Domestic services from Barbados or St Lucia to the island can be infrequent and often unreliable with sudden cancellations. However, guests at one of its most luxurious hotels now have another option.

READ: The Luxury Retreat in the Himalayas

Cradled by the calm, turquoise waters of Friendship Bay, the Bequia Beach Hotel has a real throwback feel, designed with lots of colonial and Caribbean elements. Its owner is Bengt Mortstedt, a one-time lawyer from Sweden, who purchased the property after stumbling upon the island on a sailing trip in 2004.

Having invested more than NZ$19.6m (£10m) over the years in refurbishments, Morstedt last November launched an exclusive private-jet service to the island from both Barbados and St Lucia. Now guests can board a nine-seater Beechcraft King Air B200 private jet to reach this discreet island in minutes - just 25 from Barbados and 15 from St Lucia. 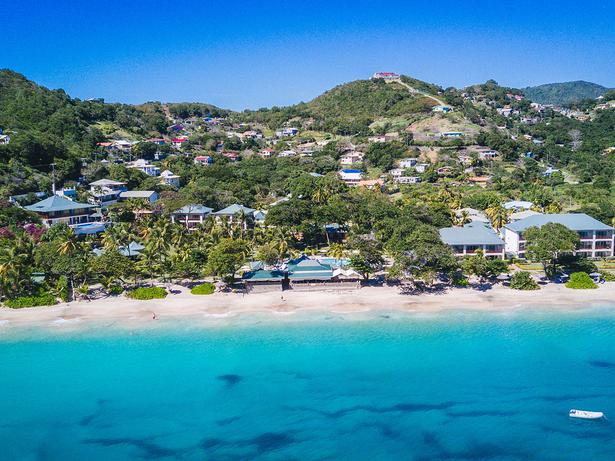 The hotel’s most impressive quarters is the sprawling two-storey estate villa (priced from NZ$18,495 per week (£9,400), perched on a hill overlooking the bay and islands in the far distance. The 450sqm (4,860sq ft) space features a wraparound terrace, a large private pool and sun deck, two master bedrooms and two twin rooms.

Modern, inventive takes on international cuisine can be sampled at the hotel’s main restaurant Bagatelle, run by the young, bearded Swedish chef Henrik Jonsson (previously of Copenhagen’s Michelin-starred Kadau). He’s assisted by a team of other hip Scandinavian chefs who add a Scandi-chic flavour to traditional Grenadine dishes made with local ingredients. Some of the unique dishes include lobster tail served with passion fruit and deep-fried risotto, baked beets with salted yoghurt, and coriander-salted kingfish with grilled cucumber and anchovies. Beyond the confines of the hotel, guests can explore an island covered in lush greenery and dotted by cascades of colourful traditional wooden houses. Bequia is home to only around 4,300 residents so explorations are hassle-free. The island’s Admiralty Bay harbour is considered one of the most beautiful in the Caribbean; beaches are undeveloped.

But the best way to explore the surrounding area is by yacht or - better yet - superyacht. To complement its private-jet offering, the 34.5m (113ft) superyacht Star of the Sea superyacht can be chartered by hotel guests.

READ: The Secrets Behind the World's Most Famous Superyacht

The Italian-built classic yacht from Benetti can accommodate 12 guests in six cabins, comes with a crew of seven and has form when it comes to hosting demanding clients - previous passengers have included members of the Saudi royal family. There’s a four-person Jacuzzi on the top deck, dining and sunbathing spaces on the upper deck and additional lounge areas on the lower deck. Star of the Seas: the superyacht can now be chartered by guests of Bequia Beach House. Picture / Supplied

Though its silhouette is stylish and its outdoor areas are finished with classic, pleasant navy-blue and white nautical-themed furnishings, the boat’s less-inviting interiors are surprisingly kitsch, clad with floral, striped and chequered upholstery splashed in bright orange, yellow and blue. Matched with mahogany wood furnishings and domed glass chandeliers, they give the internal spaces a dark, dated and tacky - rather than bright, elegant and vintage - look and feel.

But luckily guests won’t need or want to spend much time in their cabins. A host of watersport equipment is available, including water skis, stand-up paddle boards, snorkelling kit, kayaks, fishing gear and inflatable flotation devices. 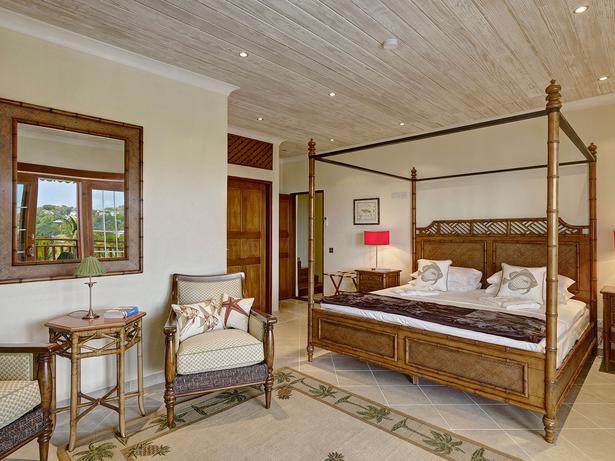 The yacht is often used by guests for a flexible 10-day itinerary (but shorter trips tailormade to guests preferences can also be arranged) through St Vincent and the Grenadines, the highlights of which include visits to smaller lagoons and uninhabited islands such as the Tobago Cays, where visitors can spot wildlife including iguanas at its marine park or swim with turtles in what is claimed to be among the best waters for snorkelling, alongside the Great Barrier Reef.

READ: Get the Holiday Look: Gwyneth Paltrow in The Talented Mr Ripley

Other picturesque stops include Salt Whistle Bay at Mayreau, the smallest island of the Grenadines, covering an area of only 3.8square kilometres (1.5 square miles). The beautiful horseshoe-shaped bay, sheltered by crystal-clear blue-green waters and giant palm trees, is also fascinating for its unique location where the Caribbean meets the Atlantic, allowing visitors to dip their feet in the Caribbean Sea on one side of the bay and in the Atlantic Ocean on the other side.

A trip to this part of the Caribbean wouldn’t be complete without a visit to Mustique, which forms the final stop in the itinerary. The celebrity haunt and favourite holiday destination of the royal family, including the Duke and Duchess of Cambridge, is known for its private surroundings and secluded feel. During our tour of the island, a characterful local guide known as Boom Boom proudly claimed it was here that Prince George and Princess Charlotte were conceived. 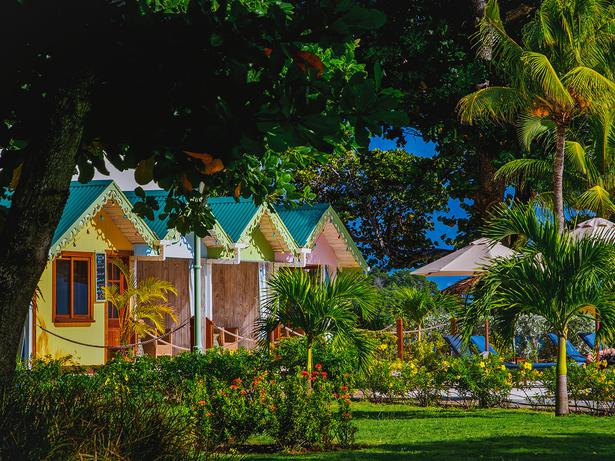 Mustique was, like Bequia, another Caribbean beauty and luckily both islands escaped the recent hurricanes with minimal damage. As it is to the far south of the hurricane belt, most disturbances dissipate or miss the island; less severe tropical storms might occur between August and October.

With nations throughout the Caribbean working together to encourage holidaymakers to return, Bequia (and some of the region’s other lesser known corners) may soon no longer be a secret. Go now - before the crowds do - to enjoy these places in your own island time.

Where the Tropics Meets Islamic Art

We look inside Doris Duke's Shangri La, a homage to the world of Islamic art in Hawaii