During Lent each year, the Tsar of Russia - Nicholas II - would excitedly approach his jeweller, Carl Fabergé, for a hint of what to expect from the annual pair of Imperial Easter Eggs. “Fear not. Your Majesty will be content,” came the polite rebuff.

And content he invariably was. With money no object, Fabergé - whose responsibility it was to come up with two gloriously jewel-encrusted Easter eggs for the Romanov Royal family each year (one for Nicholas’s wife, the Empress Alexandra Feodorovna, and another for his mother, the Dowager Empress Maria Feodorovna) - produced ravishingly beautiful creations.

Brilliantly coloured in enamel, with dazzling detail on the exterior, the eggs - of which a mere 56 were made in total - are perhaps best known for the surprise that each contained within, which included miniature gold replicas of the royal palace at Gatchina and Nicholas II’s coronation carriage. The last was made in 1917, the year of the Romanovs’ fall in the Russian Revolution, yet still today they are a byword for opulent beauty.

“Because of their rarity, the uniqueness of each egg, as well as the exquisite Fabergé craftsmanship, it really does send shivers down the spine to behold them,” says Ian Collins, curator of a new Fabergé exhibition at the Sainsbury Centre of Visual Arts (SCVA) in Norwich.

But what this exhibition shows is that Fabergé was about more than just imperial eggs. “They were the superstar pieces - the enduring symbols that keep the name of Fabergé alive in the public’s imagination,” admits Collins. But, he says, “they are too often associated with bling. Carl was an artist above all. Design mattered to him far more than ostentation.” 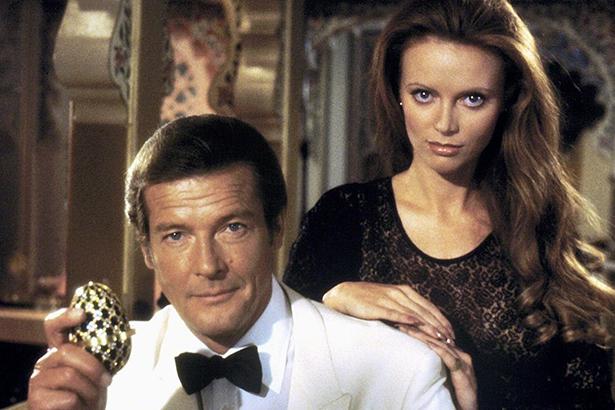 Carl Fabergé assumed control of the House of Fabergé in 1870, 28 years after his father Gustav had founded the business in St Petersburg. As a young man, Carl had travelled across Europe and immersed himself in numerous jewellery styles, from Rococo to Neo-Gothic.

Through a synthesis of many of these, he ended up formulating his own, unique style that became synonymous with the House of Fabergé: detailed decoration, and exquisite enamelling, using a process known as guilloche that is notoriously tricky, costly and time-consuming, yet rewards with unrivalled depths of colour.

Arguably his greatest innovation was to reject precious stones in favour of lesser-known (and less expensive) Russian ones, such as green Siberian nephrite and pink Ural rhodonite.

“Carl insisted it was what you did with materials that mattered, not what materials you used,” says Collins. “He was a champion of classy elegance.”

In a swipe at his international rivals, Fabergé once said that “if you compare my things with those of Tiffany, Boucheron and Cartier, you’ll find the monetary value of theirs is greater. But these people are merchants, not artist-jewellers.”

His techniques paid off: in the mid-1880s, the company was issued a royal warrant, and its pieces - which included a menagerie of animal figures, cigarette cases, perfume bottles, opera glasses, menthol holders and caviar sets - were soon must-haves among Europe’s elite, regularly serving as diplomatic gifts. 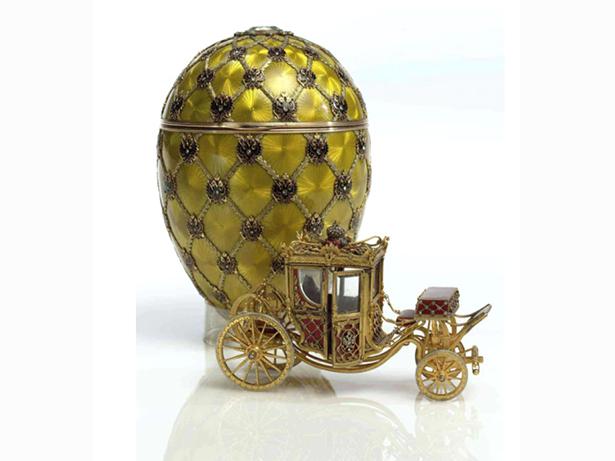 A miniature coach is hidden inside the 1897 Imperial Easter Egg by Fabergé. Picture / Supplied

The company reached its zenith around the turn of the century, when it boasted 500 craftsmen and won a new international clientele after a successful showing at the 1900 Paris World Fair. Stores opened in Moscow, Odessa, Kiev and London.

Alexandra, the wife of Edward VII and Queen of England, was particularly fond of Fabergé - exposed to its charms by her sister, the Russian Tsarina. She’s the reason the Royal Collection, with its 700 pieces, boasts one of the largest Fabergé holdings in the world today.

Not everyone has been a fan, though. According to the firm’s entry in The Oxford Companion to the Decorative Arts, “its creations, on the whole, were artistically sterile”. The émigré-author Vladimir Nabokov, meanwhile, looking back on his St Petersburg youth, called Fabergé pieces “emblems of grotesque garishness”.

READ: The Return of Pearls

Certainly to look at its animals is to see Fabergé as the crown jeweller of bad taste. The cutesy cockerels, donkeys and puppies - all a few playful pounds overweight, with glinting stones for eyes to suggest maximum innocence - look like the sort of thing your great-aunt might have kept on her mantelpiece.

Nevertheless, they were a royal favourite: one of the sections in SCVA’s show examines the sculptures commissioned by Edward VII as a present for his wife, of every creature on the Sandringham estate just down the road. They might just be the kitschiest objects in the Royal Collection.

But perhaps it’s unfair to impose early 21st-century taste on early 20th-century pieces. That’s the view of Kieran McCarthy, director of London-based Wartski, the world’s leading Fabergé dealer: “They’re from a highly distinct time and place,” he explains. “It was a golden age of innocence and ebullience before the First World War. It’s little wonder these pieces were so joyful.”

READ: The Online Jewellery Store You Need to Know About

The Bolsheviks, alas, saw Fabergé not as a joyful jeweller, but as symbol of a decadent, old order. They closed the company down in 1918 and melted down innumerable works for the minting of roubles. Just seven per cent of the original stock (around 10,000 objects) survives to this day. Carl fled Russia for Switzerland, where he died in 1920.

“Part of the ongoing attraction for Fabergé is clearly the romance,” says McCarthy, “the sense of the tragic in each item, representing as they do a company - indeed, a whole ruling class and era - that was doomed”. 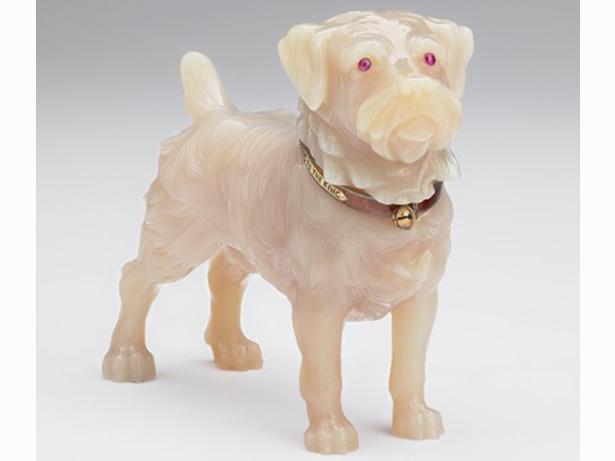 A 1908 chalcedony dog in gold, enamel and rubies. Picture / Supplied

And the fascination for Fabergé has never died. A blockbuster 1977 exhibition at the Victoria & Albert Museum saw queues literally a mile long. A lavish new book on the jeweller, Fabergé: Treasures of Imperial Russia, with a list of contributing authors as long as your arm, comes out next year. In popular culture too, the theft or retrieval of Fabergé eggs has played a part in countless plots: from Octopussy to The Simpsons.

In the former, James Bond uncovers an international jewel-smuggling operation, connected to a Soviet general’s attempts to start nuclear war; in an episode of the latter, Marge breaks into Mr Burns’s mansion to steal a set of eggs and help fund a children’s hospital.

In recent years, pieces by Fabergé have been finding favour once again in their homeland. Of late, “many of our customers have been Russians looking to buy back a piece of their nation’s history”, says McCarthy. It’s a trend that is consistent with the biggest-ever Fabergé acquisition, in 2004, when oligarch Viktor Vekselberg bought the 180-piece collection of US publisher Malcolm Forbes at auction for $100 million.

McCarthy insists, however, that his buyers “include Arabs, Americans and Europeans, too. This jewellery transcends international borders. If you’re an individual of certain means and status, then owning a piece by Fabergé is right up there with owning a Picasso.” The royal jeweller is once again catering to the very richest of tastes.

Inside the Lush Hotel Where Rudyard Kipling Wrote 'The Jungle Book'