Andrew Coxon has an appetite for adventure.

Despite a recent hip replacement, the 68-year-old is already looking forward to getting back on his surfboard, and fondly remembers the two-seater power gliders he used to fly from Goodwood ("my wife took one look at those little planes and said 'I’ll marry you but I’m not going to push you around in a wheelchair!'").

It’s this propensity for risk-taking as well as storytelling that has steered him to the top of the diamond trade over a 49-year career at De Beers.

"You’ve got to be brave," he says over a light lunch at Mayfair hotspot Isabel. "The only mistakes I made in my career are the diamonds I didn’t buy because I felt they were too expensive. They look cheap now."

Having joined the company as a trainee diamond buyer in 1968, the last half a century has seen him go from sorting rough diamonds in London to buying stones in South America, Russia and Europe, setting up a diamond-buying office in Antwerp and, in 1999, returning to London to set up De Beers Institute of Diamonds.

Over that time he has bought and sold some of the world’s most famous diamonds – including the 59.60-carat CTF pink, which became the most expensive gemstone sold at auction when it achieved $110m (£57m) this April, and the 203.04-carat Millennium Star diamond that was the centrepiece of the Millennium Dome’s 2000 celebrations and the target of a botched robbery. It’s a career that has seen him in some Indiana Jones scenarios, many of which he is not permitted to talk about publicly, but which make him a wonderful dinner companion. No one else knows so much about the subterfuge needed to transport pocket-sized treasures worth incomprehensible sums of money.

Take the time he accompanied the supermodel Iman at the Cannes Film Festival in 2002: she was wearing the Millennium Star diamondand he was responsible for its safe return. "When she came down the catwalk she spun around, put one heel over the edge and had to be caught by the photographers. I could imagine her coming back up without the stone. But all was well." 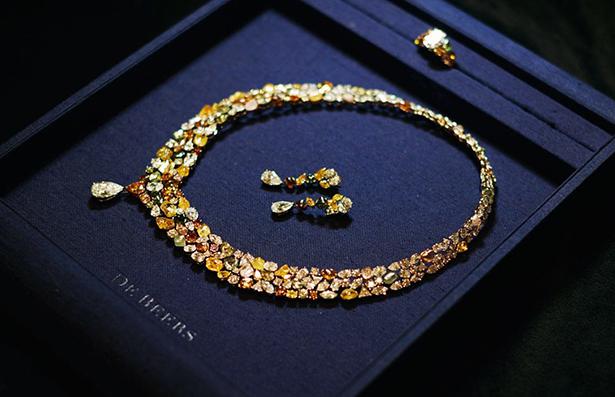 Or the time, in 2007, he hand-delivered that same diamond to a client who had made De Beers "an offer we couldn’t refuse". The details of the deal are kept under wraps, save for one intriguing nugget: "I asked him how he would like us to set it and he replied that he wanted to keep it loose, as a lucky charm."

Coxon’s longevity, he says, is down to level-headedness. "A big, magical diamond is always a drama. But you can’t treat it like one – if you do, it’ll slip out of your hands. It’s only when it’s over that you think of what could have gone wrong."

READ: How Cartier is Winning Over a New Generation

So how did a boy born in Sydney end up spending his life among billionaires and solitaires?

When Coxon was a teenager his father, a Royal Naval pilot, was posted to Rio de Janeiro, so he’d spend summers surfing and under strict instructions to stop his mother from buying jewellery in the shop beneath their apartment.

The shop’s owner distracted Coxon by letting him sort through rough aquamarines and tourmalines, one day asking him to select a couple to be polished. "He said, 'You’re very good at this'. I have four sisters so it was the first time anyone had told me I was good at anything." 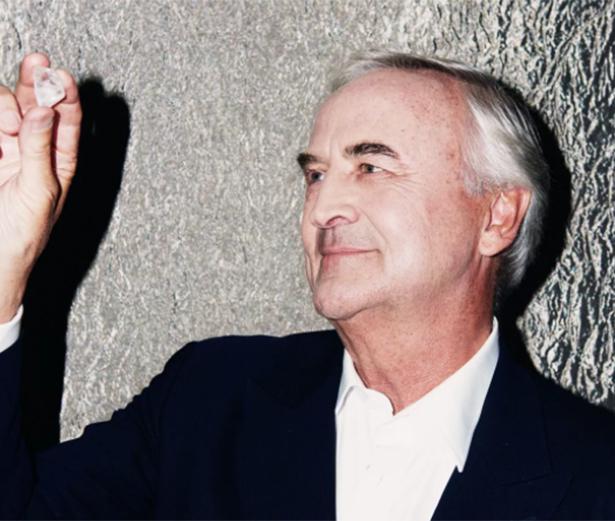 Andrew Coxon holding a rough diamond; he has been responsible for finding and selling some of the world's most expensive diamonds. Picture / Benjamin McMahon

The entrepreneurial teenager sold his surfboard to buy a packet of Brazilian gems, which he then took to a local jeweller back in Jersey, where he was at school: "I became fascinated by it."

Aged 18, he applied to be a trainee diamond buyer at De Beers, "because I’d been told it was the best diamond company in the world".

Coxon’s trajectory from rough to polished stones then on to jewellery makes him a singular expert on a topic that confounds many. There’s plenty of smoke and mirrors surrounding the complex business of a diamond’s value and, says Coxon, even the famous "four Cs" framework (colour, clarity, cut and carat) doesn’t tell the whole story. 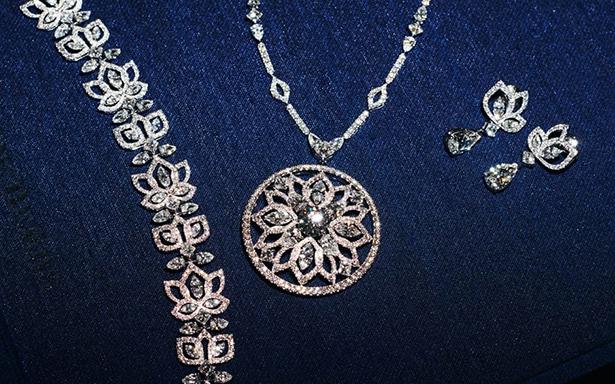 "Two diamonds with the same GIA report can have a price difference of up to 30 per cent, because one is brighter and more beautiful than the other."

Having seen diamond prices more than double over the last decade, Coxon believes they’re an investment akin to property or art.

"Diamonds are being bought as a store of immense value. The guy who bought that record-breaking pink said he’d paid too much for it – I’d like to see him now!"

READ: Why Vintage Jewels Are In Vogue

Then there’s his pet project, "to make all diamonds sparkle more", thanks to the polishing wipes he invented. "It’s all delayed my retirement," he says, adding that he hopes to "continue until they tell me it’s time to go".

Despite spending half a century living, breathing and talking diamonds, he has lost none of his own sparkling enthusiasm for the subject. Nor his sense of romance.

"I believe that diamonds choose you, rather like your partner for life. Often it’s not the one you thought you would pick, but once you put it on, you never want to let it go."

The world's most expensive earrings ever go on sale for $100m

Eve Goldberg is at the forefront of the diamond industry, following in her father’s footsteps. In Auckland recently for Partrid...