On a recent trip to the Maldives, my itinerary was planned around a single hotel amenity: a bungalow with a two-story waterslide. In the luxury-friendly Maldives, more than anywhere else on Earth, it's extravagant design features rather than location or good restaurants that make a hotel.

Enter Conrad Maldives Rangali Island with the region's first underwater bungalow. When it opens late this year the Muraka ("coral" in Dhivehi, the local language) will have cost USD$15 million to build, and the experience of sleeping 5 meters below sea level can be yours beginning at USD$50,000 per night before taxes. 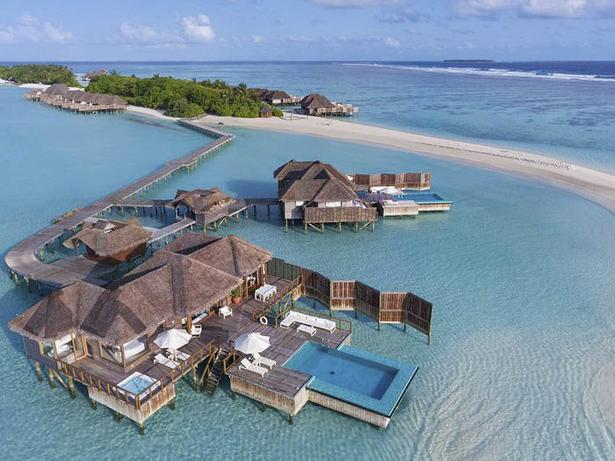 "The Muraka promises a unique experience that is not available anywhere else in the world," architect Ahmed Saleem explains. While it's true that there aren't many hotel beds suspended below sea level, encased in glassy tunnels and surrounded by tropical fish, Saleem was more concerned with creating a full experience than designing a single, iconic room.

So guests to the Maldives — an archipelago in the Indian Sea, southwest of India — will be flown to a private seaplane jetty and picked up in a speedboat for their ensuing use. The suite itself is set apart from the Conrad's beach villas and bungalows so its residents don't have to see other humans — or set foot on dry land — if they don't want to.

The price includes four dedicated butlers in a nearby structure for round-the-clock service, a chef, a set of jet skis and an on-call fitness trainer. Guests are upgraded to Diamond Honours Hilton status and given a 90-minute spa treatment per day. The structure itself is made of steel, concrete and acrylic, with one level above the water and another below. It's more castle than a hotel suite, with enough nooks and crannies to sleep nine guests plus a gym, butler's quarters and space for a private security detail. But not all the action happens under water. The top floor has two bedrooms, a bathroom with an ocean-view tub, a sunset-facing deck and an infinity-edge pool.

Guests can descend below sea level down a spiral staircase or elevator. There, nothing but a curved acrylic dome separates the king-sized bedroom and living area from the reef just beyond. The bathroom, with its see-through walls and ceiling, feels like a bonafide fishbowl.

But privacy isn't an issue, unless fish make you feel shy; the villa is far from the rest of the resort. The deep underwater darkness-or simply feeling lost at sea-might be more unsettling. 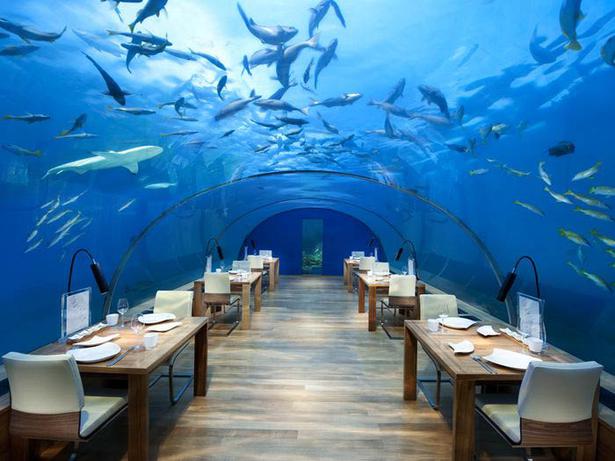 Conrad isn't the first to take on underwater residences. In Dubai, the developer Klenienst has been developing a community of partially submerged homes called the Floating Seahorse within the cluster of islands known as the Heart of Europe. The project was announced in 2015 with a projected completion in 2016; only three such homes have been completed to date. According to a local news source, one sank near the Burj Al Arab hotel, another "toppled into the sea while being transported onsite," and the third is a prototype that's being stabilised with sandbags.

READ: Seven Gourmet Vegetarian Restaurants Worth Travelling The World For

That's all to say: Creating a self-contained island residence with undersea sleeping quarters is challenging, at best. Conrad Maldives Rangali Island has experience in that architectural arena thanks to Ithaa ("mother-of-pearl"), its underwater restaurant where diners enjoy eight-course feasts below a see-through, acrylic canopy.

Still, Saleem says, "Designing an undersea structure such as Ithaa and designing a sleeping and living experience is vastly different." Among his main concerns was safety. The restaurant, he says, is in shallow waters and always fully staffed; evacuating from the Muraka in the event of an emergency may have to happen unattended. A sophisticated air-quality monitoring and alarm system will help; so will safety instruction briefings like the ones on airplanes. The project's scope presented logistical concerns. Saleem had to devise a lighting and design scheme that wouldn't reflect off the acrylic walls.

"We couldn't use bright colours or variations of white, as that would reflect too much and impede the undersea experience," he says. He had to work with marine biologists to ensure the villa wouldn't affect the surrounding corals. Then the 545-tonne structure had to be built on land in Singapore, hoisted onto a crane, and transported in a specialised ship that could moor near the reef and submerge the suite.

Even in the Maldives, whose resorts are known to command some of the highest prices globally, this type of building isn't sustainable as anything more than a one-off. 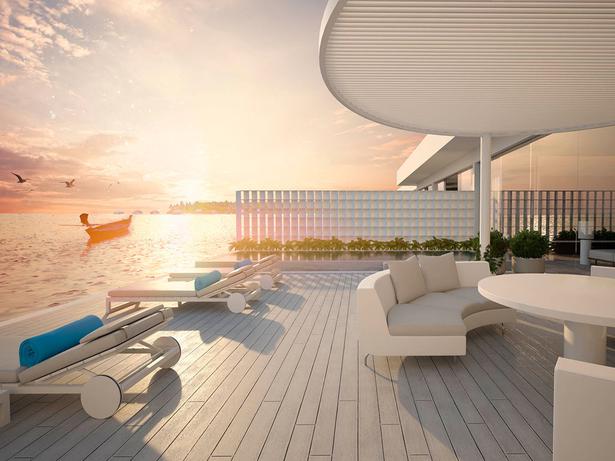 "There are no immediate plans to create additional undersea residences at this point," Saleem says. To Martin Rinck, who oversees Hilton's global luxury and lifestyle brands including Conrad, the debut of the underwater villa is a way to stay ahead of the industry. It's "a perfect example of the out-of-the-box thinking that meets guests demands before they even have them," Rinck says.

Nowhere is it more important to drive these types of trends than in the Maldives, where about a dozen ultra-luxe hotels will open this year.

"The Maldives is indeed a competitive destination, but also a destination where guests expect the best," Rinck says. It's also a destination for which travellers are willing to shell out for the best. The starting price of $50,000 may sound like a lot to pay per night, but the region claims a handful of private island villas at comparable prices that are popular, too.

After 20 years in the Maldives, it's important that Hilton keeps pace with its newer, shinier competitors, Rinck says: "We need to continue meeting the expectations of travellers looking for that 'go big or go home' experience."

The Most Elegant Stay in Flashy Miami