The causes, the cures and what you can do to help prevent it from coming back Let us be the first ones to say that we love summer. But a typically unwanted side effect of days spent by the pool or beach are the newly formed dark marks or patches on skin that indicate sun damage.

Freckles that expand into full-blown sun spots are just the tip of the iceberg when it comes to hyperpigmentation, with post- blemish scarring, discolouration from skin conditions such as eczema or psoriasis, and hormone- induced melasma all falling under the same spotty umbrella.

Acne, sunlight, skin rashes and the like have the potential to stimulate melanocytes (also known as the pigment-making cells in the skin) to click into overdrive, causing them to deposit their excess pigment (melanin) into the deeper levels of the skin.

Yes, melanocytes certainly have a lot to answer for when it comes to our pursuit of an even- toned complexion.

And while the root cause of hyperpigmentation varies greatly, the overproduction of melanin in the skin is a common skincare struggle. But despite this, it can be very tricky to treat — especially when it comes to hyperpigmentation of the hormonal kind.

Here’s how two skin experts pip pigmentation at the post, along with the products you need to lighten, brighten and restore skin. Hyperpigmentation is a wide-ranging term that describes a skin condition in which the skin is discoloured or darkened.

“Pigmentation or hyperpigmentation is seen as darker areas or patches on skin. The pigment called melanin is produced as a defence mechanism against different factors including sun, heat, chemical exposure, or injury,” says Dr Ellen Selkon, an appearance medicine specialist at Auckland’s Clinic 42.

External factors can trigger melanocytes to begin working in overdrive, churning out more melanin in the skin, causing hyperpigmentation. This natural reaction is the body’s way of protecting itself, and can be caused by a multitude of reasons.

The causes of pigmentation can be categorised into external and internal factors, including genetics.

“Often sun damage accumulated in early years can start to surface many years later. UV weakens the cell DNA within the melanocytes.

Melanocytes then produce too much melanin in order to form protection for skin cells, resulting in dark pigment on the skin’s surface,” says Brooke Taylor, an educator for Medik8 New Zealand.

“This can be superficial (occurring on the epidermal layer — the outermost layer of the skin) or deep (dermal — the inner layer of the two skin layers).”

Hormonal changes like the oral contraceptive pill, hormone supplements, pregnancy and menopause can result in spikes in estrogen levels, causing a condition known as melasma.

“The increase of melanin is the skin’s natural healing response to any injury. Fitzpatrick skin types 4-6 are more susceptible due to increased melanin*. As the inflammation subsides, the skin can often produce too much melanin causing the formerly damaged skin to darken,” Taylor says.

Certain skin types are more prone to developing pigmentation issues than others — especially in response to inflammation or skin injury, Dr Selkon explains, adding that up to 61 per cent of people will have a family history of melasma or pigmentation.

Other triggers include inflammation, medication, incorrect product usage, stress, age and free radicals, which Taylor says can all contribute to hyperpigmentation. 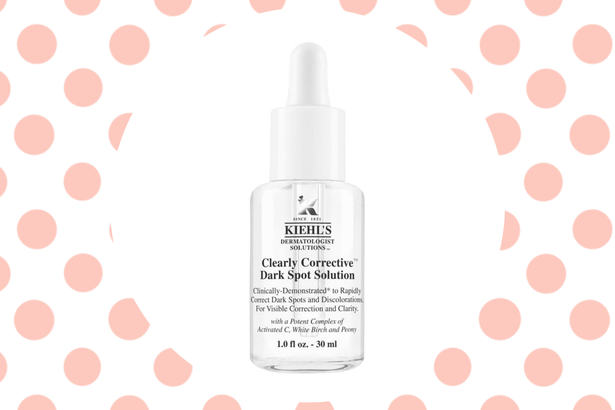 WHAT ARE THE DIFFERENT TYPES OF PIGMENTATION?

The uneven distribution of melanin can take form as freckles, age spots or melasma, and while we’ve touched on these briefly, here’s a summary to understand the tell-tale signs of each type of hyperpigmentation.

AGE SPOTS are one of the hallmarks of skin ageing. They’re commonly caused by overexposure to UV rays (resulting in sun damage). The areas that are most susceptible to age spots include the face, neck, forearms and hands (especially on your driver’s side).

POST-INFLAMMATORY HYPERPIGMENTATION is the term that describes the skin darkening that lingers after skin trauma caused by the aforementioned treatments, but also acne, eczema, a rash or a cut.

MELASMA is one of the most common forms of hyperpigmentation and occurs mostly in women due to its hormonal link to estrogen. Patches of melasma are most prevalent on areas of the face like cheeks, the bridge of the nose, the chin and above the upper lip. Melasma is often superficial and once estrogen levels have rebalanced it can fade, but if left untreated it can take an extended period of time to do so.

FRECKLES are primarily down to genetics, but excess UV exposure can make them darker and more visible. HOW SHOULD YOU GO ABOUT TREATING IT?

Your best course of action depends on the level at which your pigmentation occurs. Selkon says superficial or epidermal pigmentation is easier to treat, and can be significantly lessened with IPL treatments.

“IPL is our favourite treatment for a variety of skin concerns, including pigmentation. The light is attracted to melanin in the skin and helps to pull it up to the surface of the skin over a number of days post-treatment, leading the pigment to either come off completely or significantly lighten,” Selkon says.

On the other hand, dermal pigmentation is generally deeper in the skin and tends to require more sessions to see any improvements — think micro-needling and radio-frequency skin resurfacing treatments.

“Dermapen 4 [micro-needling] is safe for all skin types as it does not include heat, only mechanical stimulation of melanocytes to regulate pigment production. As a result, skin is healthier, rejuvenated, and improved in tone and texture. Nano Fractional Radio Frequency Skin Resurfacing helps to improve pigmentation as well as rejuvenate the skin, improving appearance of scars and wrinkles at the same time,” Selkon explains.

Peels are another effective means of lifting pigmentation from the skin, while minimising more pigment forming.

Taylor recommends the Medik8 Professional Even Peel, which is specifically designed to target hyperpigmentation in all skin types. “It is an effective combination of acids [lactic and glycolic] to reduce pigmentation, age spots, post-inflammatory discolouration and marking. It leaves the skin with improved clarity, an even tone and a natural glow. Time-release technology is utilised to slowly release acids into the skin, minimising irritation while maximising performance,” she says.

Supplement any in-clinic treatments with over- the-counter options that contain the same active ingredients that a number of dermatologists use in prescription-only formulations.

Selkon suggests looking for a formula that contains hydroquinone, which she believes is the gold standard of treating stubborn pigmentation. But tread carefully, hydroquinone is a skin-bleaching agent that’s only available over the counter from the pharmacy (when included in creams containing concentrations up to 2 per cent). It’s also intended for short-term use only, and higher concentrations of the ingredient need to be prescribed by your dermatologist.

READ: Freshly Squeezed: How To Incorporate Vitamin C Into Your Skincare Regimen

She also encourages using medical-grade skincare containing vitamin A, B and C. Among Taylor’s favourite vitamin A products is Medik8’s Crystal Retinal 20, $229, which contains stabilised retinal and is available in five strengths. Crystal Retinal 20 is said to work 11 times faster than traditional retinol to decrease melanin production and target hyperpigmentation.

Vitamin B reduces the appearance of age spots and other forms of skin discolouration by boosting collagen synthesis in the skin while supporting the formation of new skin cells. 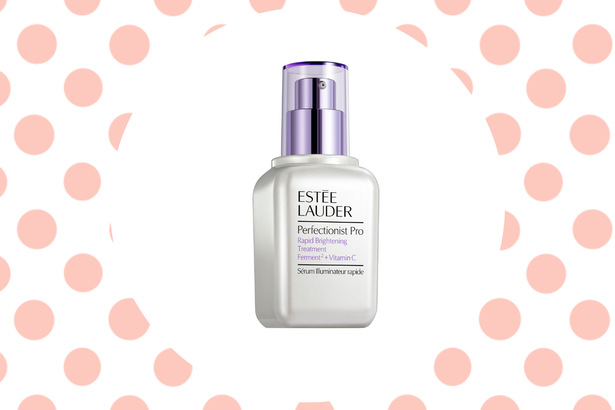 Launching on March 12 is Dermalogica’s new PowerBright Dark Spot Serum, $189, which uses a powerful blend of niacinamide and hexylresorcinol. It’s said to fade the appearance of dark spots and brighten and boost skin’s luminosity in as little as one week of consistent use. 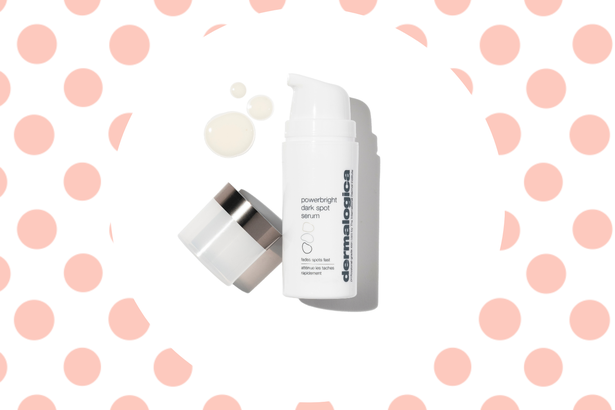 HOW DO YOU PREVENT PIGMENTATION FROM COMING BACK?

This entire paragraph could be summarised in two words: wear sunscreen.

It’s not surprising advice, and this essential skincare step is the best prevention as it shields melanocytes from stimulating excess melanin, halting the formation of pigmentation in its tracks.

Any in-clinic treatments or brightening creams are rendered useless if you’re not diligent with your daily sun protection.

READ: Beat The Heat: Everything You Need To Know About Selecting A Sunscreen In 2020

Selkon recommends looking out for a zinc-based sunscreen with a sun protection factor (SPF) of 30 or higher, and remember
to reapply it every two hours (or more often if swimming, sweating or toweling).

As tempting as it may be, try not to pick, pop or scratch at your skin. Avoid popping or squeezing pimples, use a plaster over cuts to avoid leaving a permanent dark mark or scar, and leave mosquito bites well alone, as scratching them can cause darkening of the skin.

*The Fitzpatrick skin types (or phototypes) system describes a way to classify skin type according to the amount of pigment your skin has and your skin’s reaction to sun exposure. The skin types are numbered 1-6 with 1 being ‘pale white’ to 6 being ‘dark brown’.

Squeeze Some Vitamin C Into Your Skincare Regimen

Supercharge your skincare regimen with this powerful antioxidant, which promises to give results you’ll have to C to believe

How To Combat Pigmentation This Summer

Slip, slop, slap and wrap is the anthem to sing all summer long