Photo Essay: The Dreams & Aspirations Of Northland's Next Generation

IN THE ARMS OF THE NORTH: AN ESSAY

In the 90s a spate of independent film-makers established what’s now considered a trope of independent movie-making. At the time it was deemed something of an avant-garde revelation: a candid take on small towns.

Via directors like Harmony Korine and Sofia Coppola, the malaise and economic devastation of the provinces took on a poetry that hadn’t been seen before, at least not without the gothic or pastoral grandeur of Terrence Malick or Jane Campion, nor the conflation that often happens when a “cultured” lens passes over the provinces and is overly romantic and misleading.

Here we had the beginning of something else entirely. A camera moving over subjects as they navigated struggles and underbellies, as they moved through potential catastrophes without despair but with quiet dignity. These were chronicles without condescension, portraits upholding lives refusing to buckle under neglect. And in this refusal, finding joy, finding power.

Having grown up in a small town myself, the yearning to be seen that one often attributes to people in the city is a strong one; and in constantly comparing your setting to what you imagine you’re missing out on, over there in “real” places where money and capital flow and mingle, where glamour presides, there’s a sense of being invisible that you gradually internalise.

Kiwis have a habit of humbling ourselves to bigger countries, whose stories we’re bombarded with in the media, seasoning our Antipodean flavour of being with constant reminders of everything we’re not. Yes, the isolation of small-town living has wended its way into our national feeling as a whole. But in microcosm.

And for youth in particular, it can be something of a wound.

But times have changed.

Where isolation was once a given, successive generations have found new power in the internet, being profoundly networked to the rest of the world in ways inconceivable even a decade ago.

The kinds of exposure my teen-self might’ve dreamed of, nestled in the hills of Whāngarei, have now become accessible, rote even. Those hills, rising up on either side of the township, effectively putting it in a basin, used to feel like entrapment, like the place was a quagmire that would take every ounce of mental and physical fortitude to extricate myself from.

But going back, seeing that northern settlement with more experienced eyes, I see what I couldn’t see then. Not the isolating bars of a prison but the nurturing arms of protection. Not a suffocating geographical amphitheatre, but a shelter.

Not a sense of being trapped.

But a sense of being held.

READ: What Does The Concept Of Identity Mean In Aotearoa Today?

Now more than ever, the world is seeing the same thing. That here, in our southern remove from the worst of a pandemic, our isolation is not a bane but a privilege. That it should take a global catastrophe to realise this speaks volumes about the New Zealand character. It is a character of humility, a practical one that often overlooks itself, blinded by the perceived brilliance of elsewhere.

It is a character of muted hope, where dreaming has so often taken a back seat next to a geographically limited range of possibility, a character that has historically favoured stoic tolerance of hardships and grassroots ingenuity over flashier revolts; revolts that in hindsight might’ve done us some good.

But digressions over missed opportunities do not serve us. They’re far from this alleged character that would favour action and solution over navel-gazing anyway.

And as the world continues to shift and grind, changing this character with it, the kids aren’t blaming anyone. They aren’t burdened with bitterness, wondering why they’ve been lumped with raw deal after raw deal. No.

In the arms of the north, they are still dreaming. Dreaming without the hobbled sight of their forebears.

Dreaming long and large. So large in fact, we hope wherever they go we can come with. What do you love most about living in Northland?
“It’s calm and peaceful. There are a lot of fine beaches.”

Charlize would like her own art studio in a forest cottage and to be an international supermodel.

“My cupboard is full of weird drawings and paintings.” 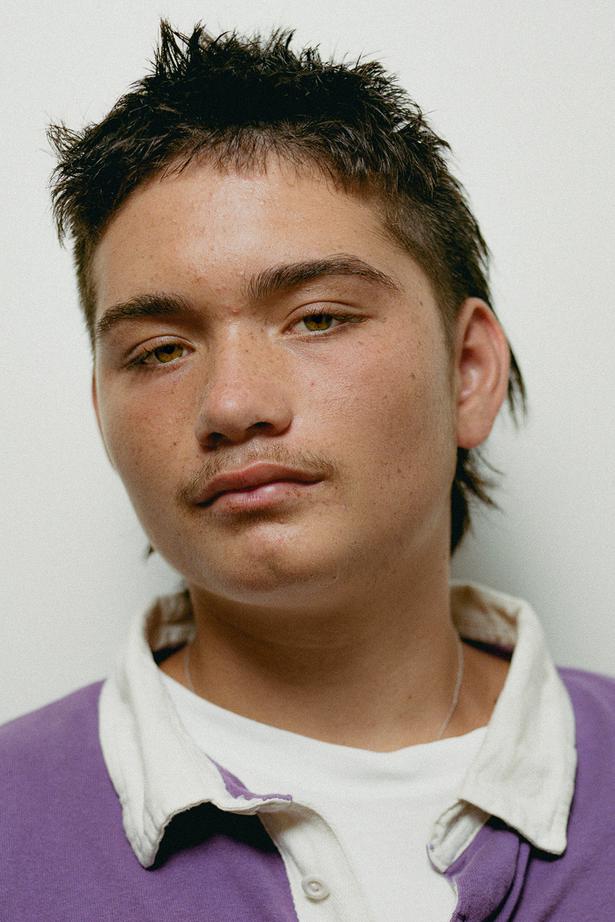 What do you love most about Northland?
“I love the nature like beaches and trees, walking tracks. Trips up to Cape Reinga. I grew up in Whangarei but would like to see more of the world.”

Porridge enjoys drawing and making their own bead jewellery. They also do cosplay of Minecraft YouTubers and Five Nights at Freddy’s characters (a horror game). On top of this, they’re an aspiring writer.

“I’d like to start writing fiction at some point, probably horror stories.” 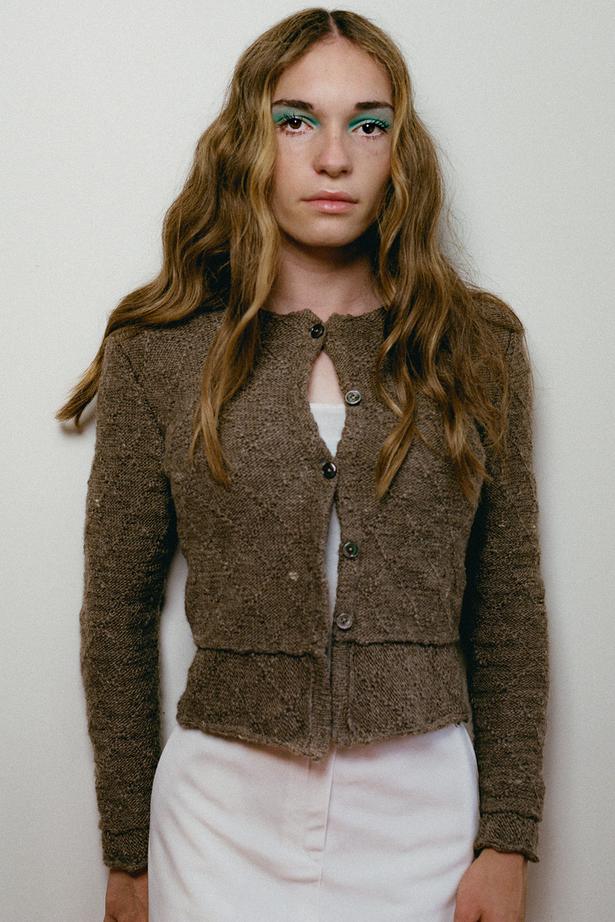 What do you love most about Northland?
“I like my school, the people and the shops, because it’s way bigger than where I used to live (in Hawke’s Bay).”

Chanel is interested in piano, although she hasn’t started lessons yet. She is also an aspiring writer, loves performing in kapa haka and singing.

She makes poi and Maori wooden dolls that she sells at the markets. Chanel is the face of Tuahine Creatives, with her three sisters. She would like to be a marine biologist. What do you love most about Northland?
“I love thrifting and going out with friends. Everyone has their own sense of fashion here. You can go out on a Saturday night and it’s all goth and retro and 80s. It’s amazing.”

Aaliyah is one of seven siblings, including her sisters Charlize and Chanel featured here. Aaliyah would love to own a clothing shop in the future selling vintages items.

“It’s a bit much when you want privacy,” she says of larger family dynamics. “It’s like having little minions running around watching your every move.” What do you love most about Northland?
“I love my culture here and my family. We were all brought up here.”

Nakia has been into dance since she was 4, specifically hip-hop, which she does with the Hardcore Dance Company in Whangarei.

What dream do you want to make a reality? “To become a successful model and travel to New York.” What do you love most about living in Northland?
“The swims.”

Tata plays basketball and boxing in his spare time. He is hoping to get into the Navy so that the cost of university will be covered. He plans to study biology. 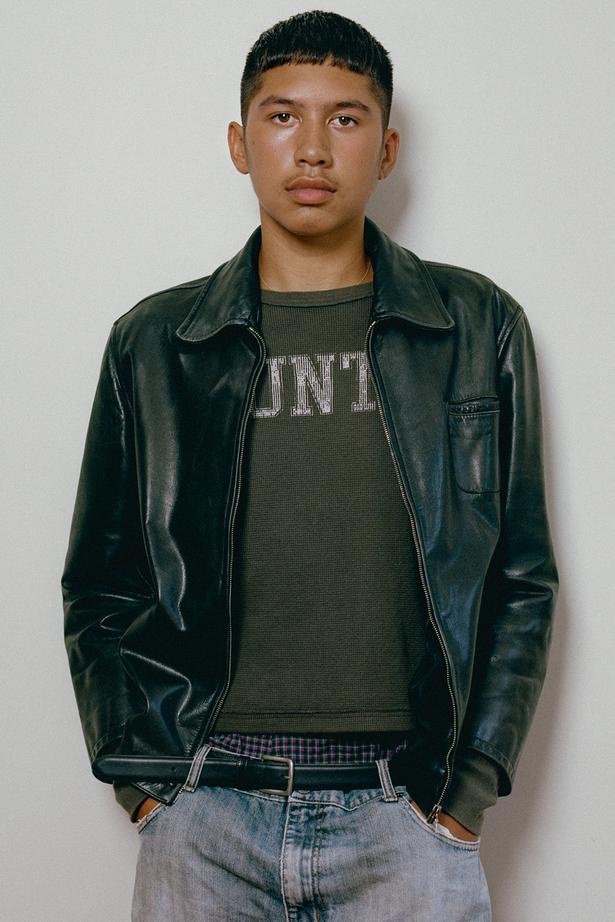 What do you love most about Northland?
“I think it’s unique in its own way. And it’s where I’ve grown up. It’s a beautiful part of New Zealand.”

Keana enjoys art, and hopes to combine her interest with psychology. 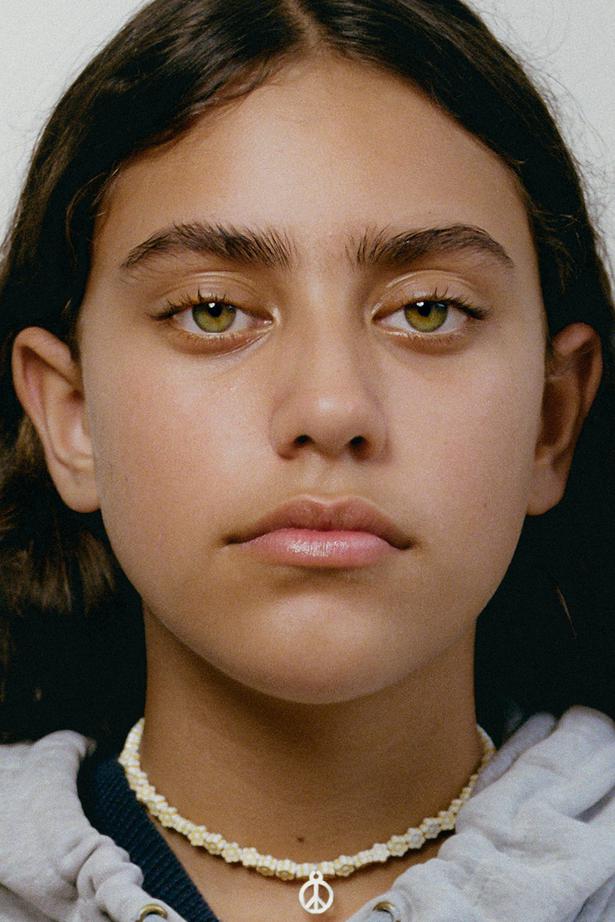 What do you love most about living in Northland?
“I like the people. You can go round anywhere and say hi to anyone.”

Mark has an interest in volleyball, diving for kina and different aspects of Te Ao Māori. He is part of a Māori Battalion group, which teaches young Māori boys/men values to live by. What do you love most about living in Northland?
“The environment. Some countries don’t really have trees or green like we do. It’s beautiful.”

Ariana has a keen interest in breakdancing that she does through the I Have A Dream programme. It helps get her out of her comfort zone and be less shy. What do you love most about Northland?
“The people. Everyone knows everyone.”

Phoenix’s favourite subjects are history and English, and she plans on attending Victoria University to study to become a lawyer.

Where You Can Buy Viva Magazine - Volume Four