Paris, New York, LA, Sydney… so far, so supermodel and all packed into a week in the life of Georgia Fowler. Hometown Auckland was next on her schedule, until the coronavirus travel restrictions intervened, delaying the local launch event this week of a New Zealand brand that she’s more than just the surprise face of.

The savvy brunette with a million-plus Instagram followers is now in limbo-land like the rest of us. “I just love being able to get back,” she’d told Viva over the phone just days before this became impossible. For now she’s enjoying unexpected extra time with her sister and two little nieces in Sydney, while her international model agency has closed its offices throughout the world, with staff working remotely.

Now aged 27 and at the top of her game, Georgia has already shot a handful of covers for 2020, walked for Elie Saab in a headline-grabbing floral see-through gown at Paris Fashion Week and prompted fresh gossip-page speculation around her love life. “I never know what I’m doing a week from now, so it’s really hard to forecast,” she said all too presciently. “I’m waiting on a few options… and I’ll continue to work hard.” 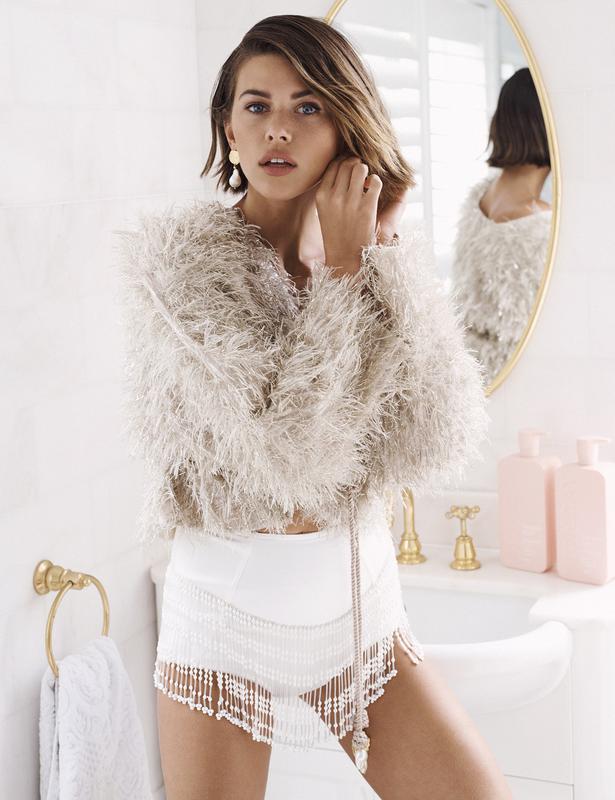 Georgia has built a bankable career on her versatility and determination. Photo / Simon Lekias

It’s been a case of juggling the right offers and, until the current travel freeze, always being ready to hop on a plane quick smart. “It all becomes a kind of blur, I had a very busy year last year,” she says. “I’m doing a good mix of editorial as well as commercial clients — it’s always fun to dress up as a character.” This ranges from fashion shoots in various Vogues to a beauty shoot for Numero Russia, a lingerie cover for L’Officiel Italia and a bikini pose on the cover of Harper’s Bazaar Australia. She’s also been on billboards for Azzaro’s aptly named Wanted Girl fragrance.

Chopping her hair into a cheeky bob in mid-2019 only added to her standout appeal. It also ties in nicely with her involvement in Monday Haircare, the brainchild of Jaimee Lupton, an old friend from Parnell Primary School. Jaimee, a former public relations manager, invited Georgia to help conceptualise the brand’s launch across Australasia.

She was excited to use her modelling skills and expand her wider know-how — including a degree in marketing and psychology — to hands-on business involvement.

Known as one of the “money girls” of international modelling, Georgia has built a bankable career on her versatility and determination. A profile-building coup was walking in the Victoria’s Secret show in its final three years to 2018 — after five years of auditioning. Combined with her slew of advertising campaigns and diverse editorial shoots, strong work ethic and striking angular facial features and a lean, muscled yet feminine physique, it all adds up to global bookability. 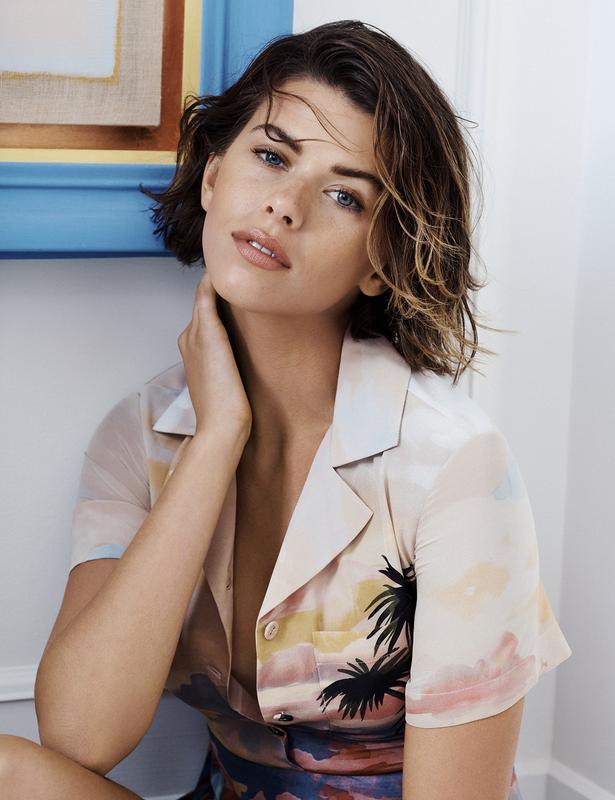 Exposure has helped build her social media presence, with the tabloids over the years having tracked images of her partying with Leonardo DiCaprio, reporting she was dating Nick Jonas, and speculating about whether Harry Styles wrote the song Kiwi about her. Of late she has been spotted with Sydney restaurateur Nathan Dalah, who this month described her as his “girlfriend” in pictures of the pair on his Instagram.

Having been New York-based since she was 16, it was only 18 months ago that many New Zealanders were properly introduced to Georgia when she was presenter of Project Runway New Zealand. They got to see her professional side, rather than hear second-hand about her love life. Since filming the television show back here, she has set up a second crash pad in Los Angeles.

“I’ve been shooting so much in LA over the last year and I was really enjoying it because I found it a little more like home. New York is so amazing, but it’s a rat race — you don’t really relax there, which is what makes it so special but also pretty exhausting. So with working so much in LA, I thought it would be good to have a base for my things. I focused for a few months on building a bit of a home there and getting into a bit of interior design, I really enjoy that.”

Not quite nesting, but Georgia is indeed looking to the future. As an established model, it’s all about leveraging your brand rather than just clocking up runway miles. She is pleased with the way her career has developed into regular relationships with key international clients, including H&M, Victoria’s Secret, Abercrombie & Fitch and Anthropologie. “It’s an exciting time to be in the industry,” she says, with models able to express their own opinions more and brands looking to partner with those with shared values, such as sustainability. 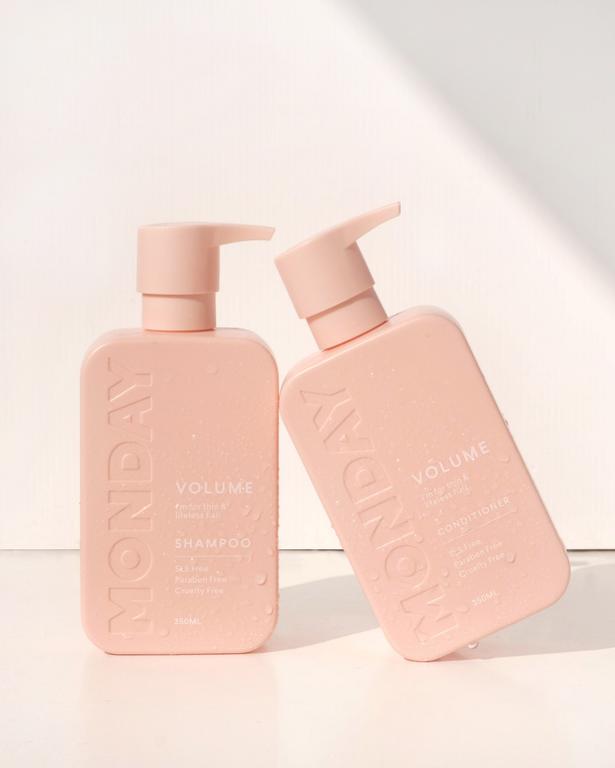 But the Monday Haircare collaboration goes a step further, she says, being the most involved she has been with a business to date. She has taken a hand in its creative direction and in identifying brand ambassadors. “As my career has evolved, I’ve looked more and more to get involved with brands and be able to grow them. Working alongside someone like Jaimee and [backing company] Zuru, it’s an amazing opportunity.”

Jaimee’s co-founder is her partner, Nick Mowbray, one of the siblings behind the international success story of toy company Zuru. Georgia’s role with Monday is ongoing, with Jaimee eager to expand from shampoos and conditioners to styling products.

Monday is pitched at the supermarket sector and although its launch event was postponed, the products will be available nationwide from April, reflecting Jaimee’s belief that haircare can be made to salon standard, but sold at much more affordable prices. Images of Georgia — with her shorter hair swinging invitingly — are designed to reinforce the message of achievable style to a millennial shopper. They also showcase her sense of play.

Turns out cutting off her overworked, heat-damaged long hair was quite the big deal. “Because I started modelling when I was 14 years old, I never really did anything that fun growing up.” She has learned to worry less with time about whether having say, regulation long hair, might cost her jobs, but admits: “I was a little nervous about client reaction, but it worked from the get-go.”

After years of having her hair quickly dragged into style, Georgia knows the importance of good products. She liked Jaimee’s vision for something clean and pretty that could be in everyone’s bathroom. Input into the marketing was a real plus. 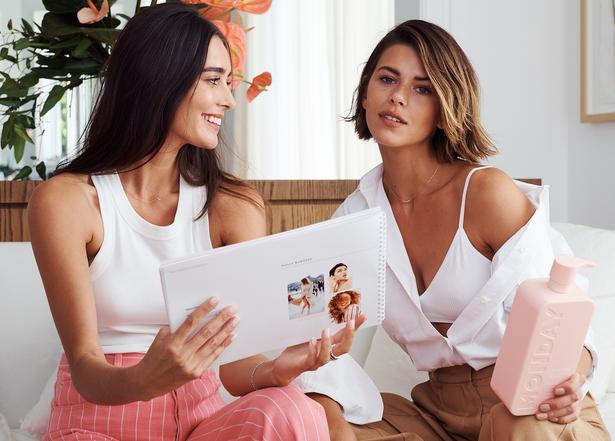 As a model’s role has expanded to being more of a spokesperson, so has the need to be careful in partnering with like-minded brands for credibility’s sake. “Globally, people do look at New Zealand products and like the ethos, and if the quality is right then they can do well on a global scale,” she says.

An eventual step may be to use her own name on products, with Georgia saying she has a “multitude of ideas” particularly in the health and wellness and beauty areas. “It’s a big old question [having a long-term plan], I don’t really know where I’ll be or what city I’ll be living in. In five years, I’ll be 32 and hopefully a little more settled. Life on the road is now, but I think things are becoming more about choosing a job you can grow in.”

• Monday Haircare will be available nationwide from April in Smooth, Repair, Volume and Sensitive shampoo and conditioners, priced at $8 each from New World, Pak’N Save and Four Square stores (available already in selected South Island locations) and at Coles Australia stores.