What does gender equality look like in 2020? Rebecca Barry Hill documents the things that matter now for women and the world It’s International Women’s Day and this year the theme is gender equality: in the boardroom, government, in media and sports coverage, in the workplace, health and wealth. Women’s rights campaigners are confident 2020 will be a year to be remembered as we make strides towards fairer conditions. So what matters most right now, and how are women challenging the status quo?

REPRODUCTIVE RIGHTS
Last week the Trump administration said it may enforce a rule that could deprive abortion providers of federal funding, another slap in the face for pro-choice supporters, who have continually accused Trump of rolling back women’s rights. In New Zealand, the abortion law reform bill, which passed its first reading 94 votes to 23 last year, would remove abortion from the Crimes Act and give women access to abortions up to 20 weeks’ gestation.

This would make abortions accessible, much like any other health service, without women having to navigate legal loopholes, removing delay and cost barriers. Prime Minister Jacinda Ardern, who supports the bill, as does opposition leader Simon Bridges, said at the first reading that women felt they had to lie to legally access an abortion in New Zealand, and if they did tell the truth, that made them a criminal under New Zealand law.

“And I don’t believe that is right,” said Ardern. “I fundamentally disagree with that.” 'Rosie the Riveter', an icon from the women's work movement in World War II. Photo / Supplied

EQUAL PAY
New Zealand is doing better than many other western countries in its gender equality efforts when you consider we are seventh among 149 countries ranked in the World Economic Forum’s Global Gender Gap Report. However, the national gender pay gap still sits at 9.2 per cent, a figure that, depending on the industry, can be much higher, particularly disadvantaging Pacifica and Maori women. In recent months, banks, medical specialists and academics have revealed damning differences in pay grades between men and women, and unions have called for sectors to divulge the pay gap within their organisations. We are also one of the lowest-ranked countries worldwide for women in senior leadership, despite having a female Prime Minister.

The reasons for the pay gap are complex but can be partially explained by the jobs men and women take on, the effects of parenthood and the murky area around social attitudes, biases and expectations, explains associate professor Katherine Smits, who teaches politics and international relations, and is a PhD advisor for gender studies at the University of Auckland.

“I often say to my students, ‘when you go out into the workforce you won’t notice the gender pay gap — until you reach your 30s and people are having babies’. There are lots of complicated reasons but we still have pretty traditional attitudes about who is responsible for taking on the unpaid job of caring for children; there’s not always the assumption that it’s shared, and when women go back to work, often part-time, they’re making less money, and the child’s father is making more money, and that has compound interest effects in the long term. [A woman’s] job becomes less important. It can also have an impact for lower-paid women and is made worse by how long you stay out of the workforce. Of course t’s hugely important we’re spending time with our children but without a doubt, there’s an unequal, long-term effect that is easier for men to balance.”

She believes the increase in the government’s paid parental leave scheme is beneficial but needs to be followed up when women return to work. We should also be encouraging fathers to take more time off around the birth of a child, introducing acceleration programmes to up-skill women when they do go back, and questioning the way pay is calculated for female-dominant industries, an issue highlighted by the landmark case brought about by aged-care worker Kristine Bartlett three years ago, she says.

In the meantime, some companies, such as Westpac, are taking a proactive approach in divulging the pay gap among employees. More companies are applying for the Gender Tick, a New Zealand-based accreditation by the YWCA that prioritises flexibility, women in leadership, pay equity and a safe, gender-inclusive workplace. And Minister for Women Julie Anne Genter has announced a plan to close the gender pay gap within public service jobs by the end of the year.

SAFETY
Later this month, thousands are expected to attend high-level United Nations events and forums in New York, Mexico and Paris to mark the 25th anniversary of the Beijing Platform for Action, a landmark agreement to end gender inequality. Governments, women’s rights activists and businesses are expected to form coalitions to agree funded action plans on specific issues such as ending violence.

Our abysmal rates of violence against women can’t be legislated out of existence but more educational programmes have the potential to incur incremental social change, says Associate Professor Katherine Smits of the University of Auckland. We’ve proven society’s attitudes can change, she says, through the legalising of same-sex marriage in 2013. Likewise, our growing awareness of power inequalities has positive implications for those in the LGBT, trans and queer community.

“Minorities are so often prejudged and discriminated against. There are often deeply held assumptions about what people are like, what’s considered normal. These are attitude differences that can spill over into other areas: family violence, domestic sexual violence, economic equality issues — they all intersect.” 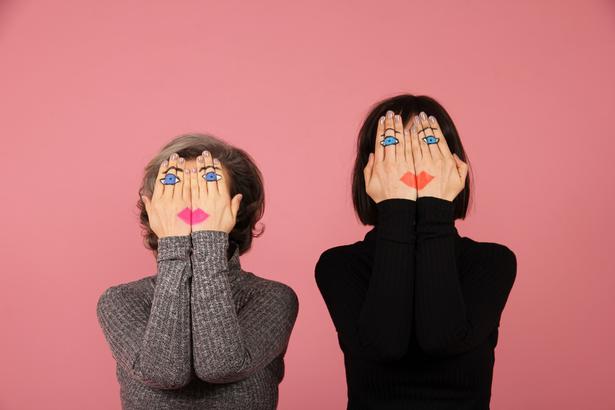 WOMEN UNITING
Despite the power of social media to reach wide audiences, nothing beats human connection, particularly when “smashing the patriarchy,” says Angela Meyer, co-founder with Anna Dean of the Ace Lady Network, a 7000-strong
non-profit group that explores feminist issues through a range of events, a podcast and weekly newsletters.

“We’re noticing some real changes happening in relation to people’s attitudes towards social media,” adds Anna. “The amount of loneliness and social isolation is only increasing, rather than this false promise of bringing us closer together.”

When they’re not running their Wellington creative agency, Double Denim, delivering campaigns for progressive businesses wanting to engage with women, they’re running events at which they host speakers and discuss everything from poetry to policy and female pleasure. The sessions are meant to be fun but also inspirational, allowing women of all ages to mingle and learn from one another, and it’s the face-to-face interaction with other women of all ages that is key to its popularity, says Anna.

READ: How Parris Goebel & Her Sisters Are Uniting Girls Across Auckland

Angela agrees it’s about validating experiences. “At many of our events, women share their experiences of being bullied out of jobs, or sexual harassment, or feeling unsure about money, or sex or not being good enough. They get energised and empowered — plus friendships, new business, a support group and a bloody great laugh.”

In Auckland, the Women’s Collective, run in Auckland by Taryn and Sasha Kljakovic, holds regular events to connect and empower women. Co.OfWomen, founded by Tara Lorigan, allows businesswomen resources and support, as does Ladies Who Lunch (March 25), the regular networking event put on by PR Anna Jobsz.

Anna started the event five years ago, driven out of the sense of isolation she felt as the mum of a then 1-year-old. It has since grown in popularity, attracting around 100 women to each event.

“I wanted to empower women, especially those on their own or perhaps who are shy or who wanted to network with inspiring women but didn’t know how to go about it. We get a huge range of professionals, women new to the city, women returning to the workforce after having a baby. They get the chance to do something nice for themselves and make some great business contacts while they’re at it.” 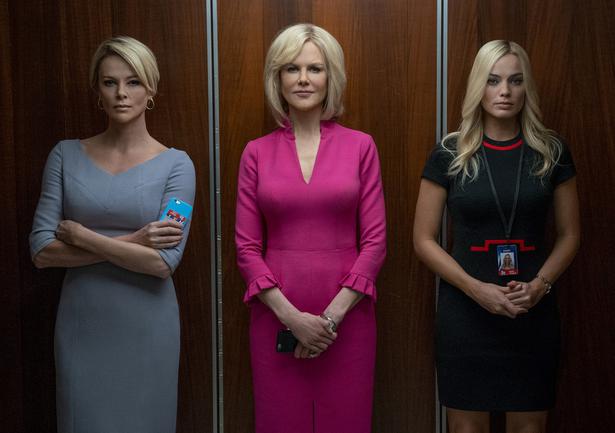 GIRLS ON FILM
Last week Harvey Weinstein was found guilty of committing third-degree rape and a first-degree criminal sexual act, his jail sentence a powerful moment in the #MeToo and #Time’sUp movements that sprang out of his transgressions.

Whether you see it as an earnest reflection of the times or a cynical ploy to get women’s bums in seats, Hollywood has nonetheless responded to the story. Nicole Kidman, Charlize Theron and Margot Robbie star in Bombshell, a dramatised account of the sexual harassment case brought by women at Fox News against company head Roger Ailes.

READ: The New Adaptation Of 'Emma' May Be The Most Stylish Jane Austen Film Yet

Greta Gerwig wrote and directed an adaptation of Louisa May Alcott’s Little Women, putting the novel’s undercurrent of feminism centre-stage. And New Zealand’s own Eleanor Catton, (winner of the Man Booker Prize for The Luminaries), has adapted Jane Austen’s Emma for the big screen. Austen was regarded as a feminist of her time, the novel commenting on social expectations of women, particularly around marriage; Emma was somewhat of an anomaly in that she was portrayed as independent.

Catton told the BBC 4’s Front Row Daily podcast the story is relevant given our renewed interest in female friendship.“I think we’re beginning to take women’s moral lives seriously, that has not always been true in my lifetime.”

The Assistant, (screening from April), tells the eerily familiar story of a powerful film producer’s ambitious assistant who takes a stand against harassment and oppression. Several other Weinstein-centric documentaries and films, including an as-yet-unnamed one from Brad Pitt’s production company, are also in the offing.