There’s an inextricable link between our resilience as a nation and the way we’ve managed to cope with the events that shaped 2019.

In the aftermath of the Christchurch attacks on March 15, our peace-loving, multicultural reputation was put to the test. The Grace Millane trial, confronting our identity at Ihumatao and more recently, Mother Nature’s fury on Whakaari/White Island also challenged our emotions this year.

As young people around the world rallied to remind us to act now, before it is too late, Prime Minister Jacinda Ardern’s Government responded — passing the Zero Carbon Bill in November, guiding us to make better decisions around a more sustainable economy.

FROM THE ARCHIVES: Why Prime Minister Jacinda Ardern Is A Game-Changer

In May, the Wellbeing Budget placed mental health and wellbeing at the top of the agenda, allocating millions to various causes from suicide prevention to helping victims of sexual violence.

Along with these decisions, the Prime Minister’s swift action on gun control and her compassion for our Muslim communities post the Christchurch terror attack garnered attention and praise from a diverse array of people around the world.

In April, Oprah Winfrey told the UN that she had “never seen such leadership”. In June, Anna Wintour told CNN viewers how Jacinda “truly brought the country together in such a remarkable way that I haven’t seen many other leaders achieve. She was just so moving when she said, ‘we are all one country’. It was a message that a lot of other leaders could learn from.”

The New York Times declared “America deserves a leader as good as Jacinda Ardern”. But what defines a great political leader?

Empathy and compassion, or delivering on key polices? While progress was made, domestically the Prime Minister was forced to back away from a capital gains tax after pressure from NZ First; and KiwiBuild failed to hit its targets, a spanner in the works in this, her “year of delivery”.

“What we’ve had to face this year as a country has in many ways been unprecedented,” says Jacinda, “but when I reflect back it’s not just the events themselves but rather our collective reaction to them that stick with me the most. Ultimately I think we are a pragmatic bunch and instinctively we all pitch in to help our fellow Kiwis get through the tough times. That’s the stuff that keeps me going.”

Since the attack on Christchurch, how have you seen the New Zealand psyche evolve? Have we become more caring or more cynical?
I remember being overseas once when from my window I saw someone collapse on the street and no one helped them. My immediate thought (after trying to help!) was “that wouldn’t happen at home”. I strongly believe New Zealanders are always ready to lend a hand whenever needed. The impact of the events of March 15 has only amplified this even more so. There was, in my opinion, a collective response to reject sentiments of division within our communities and in fact work to understand each other better. We’re not perfect. We do have issues we need to address, but I do think we’re instinctively caring.

We’re heading into a new decade, one that will no doubt be eventful, with an election year and the US elections. How are you feeling about 2020 and what are you doing to prepare yourself?
Election years are huge. (I’m personally not a big fan of them — which may seem odd to some.) We do have a year left before the election rolls round, so I’m very conscious that we need to keep governing and keep making progress before election mode starts. I feel ready though.

The Zero Carbon Bill passing this month was a step forward for climate change, propelled in part by our youth. 119 out of 120 MPs voted to pass the bill, which is remarkable. What are you most proud of here?
The success of the Zero Carbon Bill for me is all about what is possible when you build consensus. The inevitable, often seemingly overwhelming impact of climate change isn’t going to be solved in one or even several election year cycles. It’s going to require a collective effort and that means all communities working together and, most importantly, successive governments showing sustained and committed leadership. The unwavering advocacy of our young people is the clearest example of acknowledging the challenge we face. Our job is to listen and then take action.

The Wellbeing Budget put mental health as a priority. How do you define the success of this?
Everyone has a mental health story — whether it’s a personal one or a family member or friend. I think in part that is why New Zealanders wanted to see this issue prioritised and why I’m so glad we did. Success for me will be when everyone who needs support and help gets it and that we talk openly about how we better look after our own and others’ mental health. 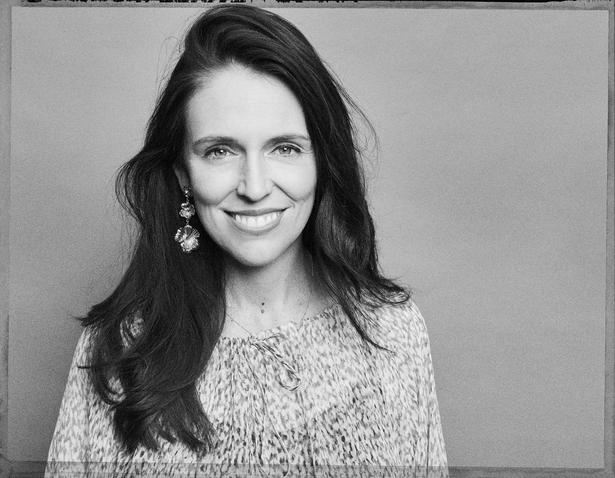 "My job is entirely about New Zealand but there are sometimes opportunities that give me a chance to talk about our corner of the world". Photo / Derek Henderson

As the Minister of Arts, Culture & Heritage, you’ve seen so much change and creativity. What are some of the things you’ve done or implemented this year that you are proud of?
Arts help us tell our stories, challenge our views, think about our past and offer a voice to those who may not have one. I’m proud that we’ve been working on making a career in the arts more sustainable. We boosted funding to Creative New Zealand so that artists would be paid a living wage.

We also invested more than $7 million to put Creatives in Schools. This will help artists to partner with schools and kura to share their specialist skills and knowledge with the next generation — building the foundations for cultural careers. We are exploring what more we can do to ensure artists receive fair pay, and to support emerging artists to establish their careers.

There are also the physical spaces that the sector needs to thrive. We’ve invested in performance spaces and galleries across New Zealand.

We’ve also had some really important commemorations this year with Tuia 250 and the 40th anniversary of the Erebus disaster. Both of these events have been opportunities to come together, to learn our stories and acknowledge the past.

Working with you on the momentous September edition of British Vogue was special. What was it like being included in an issue with so many key change-makers, edited by The Duchess of Sussex?
To be honest, I always mull over invitations like that quite a bit. My job is entirely about New Zealand but there are sometimes opportunities that give me a chance to talk about our corner of the world.

What advice would you give your younger self now?
It will be okay.

What is your greatest summer holiday memory growing up and how will you be spending your New Zealand summer?
Just time with my family — simple things like body boarding at Waihi Beach or playing board games when it rained. We always had classic Kiwi summers and I wouldn’t trade it for the world.