With the starring role in a major television series, international recognition and leaving home for the first time, 2021 has been a huge year for the young actor It’s been a banner year for 20-year-old actor Dimitrius Schuster-Koloamatangi, with a hit TV series and an international award under his belt.

Sudden success like this could easily go to one’s head but Dimitrius has also proven himself to be one of the friendliest guys in showbiz.

He gave a career-making performance with his earnest and idealistic portrayal of Will ‘Ilolahia, the founder of the Polynesian Panthers, in TVNZ’s premium drama The Panthers, which launched in August. It was a demanding role.

Not only did the success of the whole series hinge on him getting it right, it also carried the heavy weight of expectation from the Polynesian community as a whole. 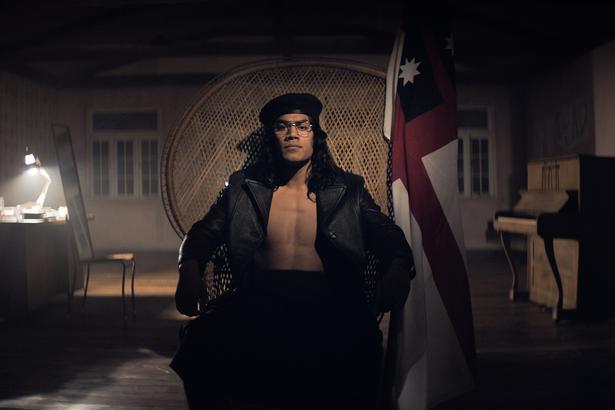 Dimitrius as Will ‘Ilolahia in 'The Panthers'. Photo / Supplied

“I was filming Panthers at the start of the year. All of my energy and focus was on that. I was giving my all because it was such a big project with a lot of meaning for so many Polynesians here, and New Zealanders in general, so I wanted to do it justice,” he says. “I’m still buzzing out that I was even on Panthers."

“I can’t really put it into words but just being on set and having so many Polynesians, seeing so many Islanders doing so well in their respective fields, it made me so happy to see. Because when one of us is winning, we’re all winning.”

He says that while filming he could feel the magic happening and knew he was in the middle of something special, but he had no idea just how big the series was going to be.

“Seeing it being embraced internationally, I was just blown away, to be honest. I was like, ‘What the heck? That’s crazy’.”

It’s fair to say his breakthrough performance impressed the world. So much so that, in September, it earned him a Rising Star award at the prestigious Toronto International Film Festival.

“I wasn’t able to go to Toronto because of Covid, but I got to participate in all of the Rising Stars things through Zoom,” he says. “I was Zooming in with top directors and film-makers, some actors as well. I was like, ‘Shucks, I’m from little New Zealand sitting with these big dogs’. It was just crazy to me.”

Dimitrius is also good fun to chat to, quick with a joke and filled with enthusiasm. But underneath lies a steely determination and laser-like focus and dedication to his craft and career. 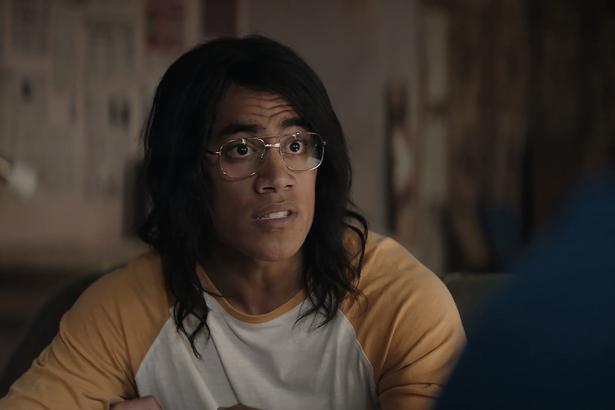 "I’m straight up just taking it day by day, job by job and hustling to keep in the game." Photo / Supplied

“I do feel there’s some momentum. I’m riding the wave but not too high. I’m straight up just taking it day by day, job by job and hustling to keep in the game,” he says, explaining that he’s not one to rest on his laurels. “Celebrate the wins here and there, but don’t celebrate too much because you might be broke next year. You might not be able to get a job.”

It seems unlikely he’ll be short of work any time soon. He spent lockdown in Auckland with his family, describing the time with them as one of his highlights of the year, and kept himself busy by working on and sending out audition videos. Right now he’s in Wellington starring in a movie.

“I’ve grown so much this year, in my acting and as a person. I feel like I’ve done a lot of growing up,” he says. “Being in Wellington, this is my first time away from my family and friends so I’ve been able to find myself a bit more.”

Then he laughs and says, “It sounds cringe, but that’s what happened. In the span of this one year I’ve learned more about acting and myself than I have in my past 20 years, which buzzes me out.”

A lot can change in a year, right?

“Oh yeah. Straight up,” he grins. “An example of that is me!

How I Make It Work: Actor Alison Bruce