These young artists are using poetry in all its forms — rap, spoken word and essay — to navigate their way through challenging times

In April, as Black Lives Matter protests kicked off in the United States and around the world, the crowd of several thousand gathered at Auckland's Aotea Square was treated to a history lesson delivered by a group of teenage girls.

Spoken word group Ngā Hine Pūkōrero met as students at Western Springs College. In Year 9, they came across a video of Californian poet Rudy Francisco that blew their minds.

Member Matariki Bennett, who's now studying at South Seas Film & Television School, says they mentioned it to teacher Alice Heather ("the coolest teacher on Earth"), who hooked them up with local poetry slams like Word — the Front Line.

In the last couple of years, they've been invited to festivals in Melbourne and Las Vegas. They even get asked to do corporate gigs. Fluent in te reo since they were little, their act glides between Māori and English, words and waiata.

"One thing people always say about te reo is that it's the most poetic language," says Matariki. "There's no way to say 'I love you' — you have to use metaphors to describe your love. So many metaphors have been used in English that it can get repetitive, but when we add in Māori and songs and waiata and moteatea (laments), it breaks it up a little bit."

While most of us can only view the current state of the world with our mouths agog, gently crying or perhaps hyperventilating, poetry in all its modern iterations — rap, spoken word, lyric essay — is more crucial than ever in steering us through this shitstorm.

And while New Zealand poetry was once an elite club of mainly posh white males, these days, those best placed to articulate our suffering are more likely to be those who've actually experienced it.

Matariki reckons poetry is having a moment.

"Completely! When we started it was kind of a nerdy thing to do. Or we'd say, 'We do spoken word' and people would say, 'What's that?'

It's definitely become cool now." Is that because she's made it cool? "Ha! I doubt it." 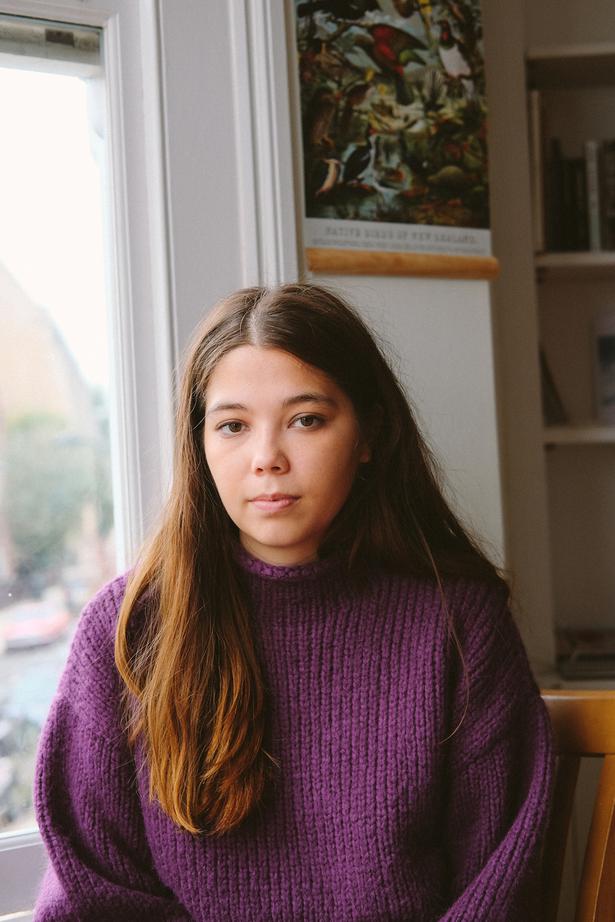 I starved myself of language, but I couldn’t starve myself
of other things. Wonton noodle soup, Cantonese roast duck,
my mother’s crispy egg noodles and her special congee. All
the thick, sweet smells of yum cha restaurants my parents
took me to, ordering all the same dishes every time, ever
since I was born — Nina Mingya Powles

One of this year's best-timed literary releases was Tiny Moons, a book of essays by poet Nina Mingya Powles that deals prophetically and gloriously with the joy of cooking and with loneliness and belonging, published at a time when food and solitude were all we could think about.

Nina says she's delighted that her words have provided comfort in these weird, bewildering times.

A Malaysian-Chinese-New Zealander currently living in London, Nina's new poetry collection, Magnolia, sprinkled with Mandarin, Hakka and Māori, explores what it's like to be encumbered with so many hyphens and is a love letter to another of her former homes, Shanghai.

Nina wasn't exactly riveted by the poetry she learned at school in Wellington.

"We did World War I poetry and that was it. It was really boring and hard to understand."

But in her final year of a BA, lecturer and poet Anna Jackson introduced her to contemporary women poets including Wellingtonian Helen Rickerby, now a great friend, and Canadian poet Anne Carson, who's become a key influence.

"Just to know there were these incredible women writers doing really interesting, radical, strange things with poetry felt quite magical."

That inspired her to create her 2017 collection, Luminescent, which honours five Zealand women: a writer (Katherine Mansfield, with whom she became a little obsessed); a cosmologist; a dancer; an early settler and a ghost.

Nina says in the last 40 years or so, there's been a "surge" of women poetry and fiction in New Zealand.

"There's not so much of that preciousness or anxiety from older writers and poets that their work is not as relevant. Instead there's a real excitement and welcoming of new young writers and publishers, which is awesome." 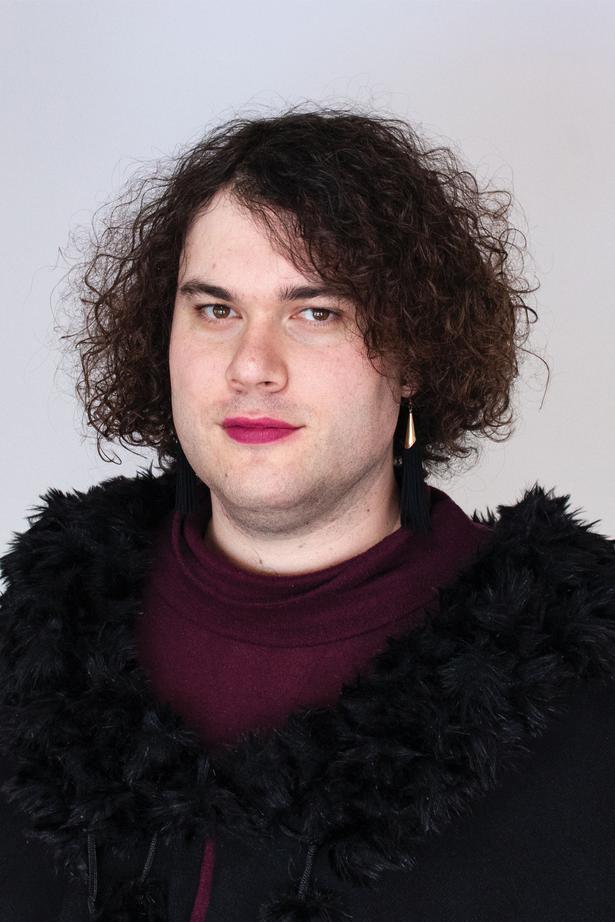 essa may ranapiri's first collection of poems has been described as a "landmark in Aotearoa publishing". Photo / Supplied.

So, is poetry having a comeback?

"I think that idea seems to come around every two years," Nina says, "but that doesn't mean it's not true. People are turning to it particularly now with lockdowns around the world and so much political upheaval. More and more young people are getting interested in it, which is amazing."

A big contributor to that is the way poetry is taught in school: "It's becoming a lot more interesting," she says.

"Poetry's not meant to be scary or difficult. It's meant to be a beautiful emotional experience. I don't think a poem needs to be understood: you feel a poem rather than understand a poem. And hopefully through education, the idea of poetry being really obscure and difficult will slowly fall away."

Kirikiriroa poet essa may ranapiri wrote "what the poem isn't allowed to do" in 2018, and today it makes them seem a bit psychic.

But essa points out that activists like US civil rights icon Angela Davis have been calling for abolition of the prison system since the 1960s.

The poems in their first collection, ransack, while beautiful, are less philosophical musing, more PSA. In a review in Pantograph Punch, Jackson Nieuwland calls the collection "a landmark in Aotearoa publishing" and "the best explanation of non-binary gender I have ever read". essa says, "I guess with ransack I was very invested in trying to explain myself, especially to a world that doesn't understand. I was writing it as almost an educational text in some ways."

Their work nods to other writers in a way that feels uniquely gracious, whether it's Scottish poet Harry Josephine Giles, whose 'Abolish the Police' inspired the verses above, masters degree mate Tayi Tibble, or fellow non-binary writers Nieuwland, Oscar Upperton and Eliana Gray.

"I had an exchange with Witi where I said, 'I'm writing a review of your book,' and he said, 'Um, you don't have to' — but, like, in the kindest way possible."

They don't know if Ihimaera saw it, nor if he tried to get in touch.

"I had this weird thing where my email was blocking anything from Gmail, so I'm worried he sent me something and I totally ghosted him."

Also a musician and artist, essa hadn't considered publishing their poetry until their lecturer at Waikato University, poet Tracey Slaughter, convinced them it was "worth something".

Nor did they inform their own mum that they'd released a collection.

Nevertheless, she tracked down a copy.

"She messaged me and said, 'I've just been reading your book.' I was like, 'Oh cool — all the conversations we don't have, you're now reading in a published book.'" (She loved it.)

In their new collection, essa takes a break from first-person revelation to focus on Echidna, the ancient Greek mother of monsters.

They compare Echidna to Eve, another mythological mum who gets blamed for all the world's evil, "but then she turns into this weird avatar for how I experience the world, and how queerness and being M?ori and all these things entangle."

Terina Wichman-Evans didn't make it to Ngā Hine Pūkōrero's Black Lives Matter performance because her mum was sick (she passed away a month later). It affected all of them, and they worried that missing their friend might throw them off, but Matariki says the energy of the crowd helped lift their spirits.

Afterwards, US author and activist Naomi Klein was among many who shared their poem online. People got in touch with their own experiences, like a woman who said she'd been beaten for speaking Māori at school too.

People who think racism isn't an issue in New Zealand, Matariki argues, likely never had to put up with it.

"We're not comparing (ourselves to the US) by any means, but there is a culture of police brutality in New Zealand as well. Māori are nine times more likely to be tasered by police." Those who downplay that tend to be "people who have been stuck in their own bubble of privilege".

"They can choose what they pay attention to," Matariki says, "whereas for us it's our life, we can't ignore it."

Food writer Jo Elwin and her partner, David Edwards, packed in their hectic Auckland lifestyle for the rural idyll of Central O...