Like the sound of someone watching the walls close in around them.

Like a funeral procession, it marches determinedly forward, augmented by sparse claps, distant synth pads and jarring electronic percussion, until everything except that plodding piano falls away as Harper reassures you that "someday the dark side of the moon will see the light".

As he sings, an urgent beat rushes in, crashing through the malaise to whisk you up and carry you out.

But to where? Space, crowded rooms and the twilight zone are just some of the places his lyrics suggest.

Anywhere but that room, that headspace.

Anywhere you can dance.

"I had those moments where you're stuck inside your room and the scenery's stayed the same for months and months. You just really feel like kicking through the walls, smashing a window.

"For me, Dance Away These Days has been a significant release in terms of getting on the radio here. I've done a few small shows since it's been out and it's one of the first times I've really noticed people singing the words and doing the dances back to me. It's been pretty crazy in that respect. That kind of recognition of sorts."

The Devonport local released his first single back in 2018, but it was the pop-drama of last year's Conversation with the Moon and the arty quirk of Teenage Queen that attracted people's attention.
It's Dance Away These Days that is very much proving itself to be a song for these days, this moment of anxiousness and frustration tempered by that glimmer of optimism and hope that the worst is now behind us.

"Everybody's been talking about cabin fever," he says, referring to the lockdowns.

"I stopped listening to music in my headphones and started playing music through my loud speakers because I wanted to fill the space I was in. I wanted the environment to change. If you spend so much time in your head ... it was driving me crazy. I wanted to be outside, windows down, playing music. Just trying to feel as present in a space as possible as opposed to being trapped inside my own head."

It sounds like he wanted to feel alive again.

WATCH: Dance These Days Away by Harper Finn

Harper says that he, like most of us, found the lockdown affecting and difficult dealing with the enforced restrictions and not being able to see friends, do anything or get out and live.

But, despite that he's quick to add it wasn't all bad.

He spent it at home with his family, going on walks with his mum, making art with his sister and jamming with his dad, the ex-Split Enz frontman, Crowded House ringer and all-round local music legend, Tim Finn.

"I enjoyed a lot of lockdown. It was the first time where I wasn't thinking ahead. It was very much about what was happening today; we'll go for a walk, then we'll make some bread when we get home and maybe we'll have a family sing-along around the piano. It was small, very simple things. Which was good," he says.

"I've since moved out of home, I'm living in a flat with some other people, so it almost felt like a last hurrah of me being at home. It felt like my childhood again in a way. Being thrown together with the rest of my family for such an extended period of time."

That quiet existence is why he needed to write a dancefloor filler. And while it's different to his earlier material he says it's just another section of the sonic painting that he's gradually revealing of himself as a songwriter and producer.

"I don't ever want to feel bound to one sound or style. I approach every song like a new challenge," he explains. 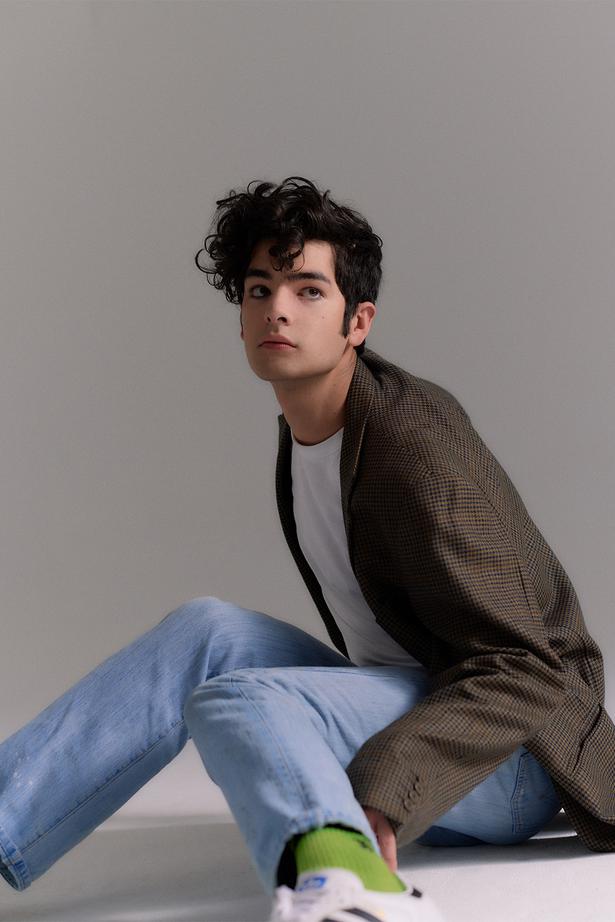 Harper has just been announced as playing the new Outerfields Festival in March. Photo / James Lowe.

"I was excited to get this out because I'm still relatively new on the scene so there's still a lot for me to share and for people to know about me. For the next few songs every song might feel a little bit different, a little bit further away from each other but as time progresses and people look back they'll see how they all fit together. Because I see it that way."

Unusually, Dance Away These Days is not a lead single, although he does say more music is coming, most likely in the form of an EP early next year.

It really was something he just needed to get out.

With the song connecting so hard it's obvious a lot of people are also feeling that need to sing, shout and let it all out.

"The line in the song that a lot of people do point to is the, 'If you feel the same, put the phone away.' But that wasn't me so much saying 'put the phone away and stop being on social media'," he explains.

"It was more, 'disconnect from another reality and be in the reality that we all experience together; life'."

New Zealand is incredibly fortunate that we now have a reality we can all share. Finn has just been announced as playing the new Outerfields Festival in March with acts like Benee, Aldous Harding and Fat Freddy's Drop.

"It reminds us how lucky we are," he says as gigs and festivals begin being announced again.

"We could be seeing a renaissance of New Zealand music over the summer. I think people are going to realise how they have some of the best music in the world under their nose. I really believe that."

• Dance Away These Days is out now. Harper Finn plays Outerfields at Western Springs, Saturday, March 6. Tickets on sale Monday.

The brand director of the local fashion favourite celebrates the opening of his new 'Huffer House' in Britomart this week by co...

Teaming up with Canadian duo Kacy & Clayton on his new album, the singer is also embraking on 15 date solo tour of Aotearoa