Has the inauguration re-lit America’s poetic spark? At 22, Amanda Gorman is a bestseller, and Seamus Heaney is back on TV. It may be a new dawn, writes Susannah Goldsbrough

The events of the past few weeks created a dark cloud over US history, but when 22-year-old African-American poet Amanda Gorman took the stage at Wednesday’s presidential inauguration dressed in canary-yellow, it felt as though the sun had finally come out.

The former National Youth Poet Laureate, who had been spotted by First Lady Jill Biden giving a reading at the Library of Congress, was last month commissioned to compose and perform a new work to commemorate the swearing-in of the 46th President of the United States, thereby becoming the youngest inaugural poet in history.

Much like the new President himself, diminutive Harvard graduate Gorman wouldn’t let the speech impediment with which she once struggled - she still had a problem saying her “Rs” while at university - hold her back. The result was The Hill We Climb, which she performed in a six-minute reading from a podium over which she could barely see, to stunned silence from the small crowd on Capitol Hill, and immediate outpourings of admiration and emotion across social media.

Michelle Obama described her words as “strong and poignant”, Oprah Winfrey declared that “I have never been prouder to see another young woman rise”, while Hillary Clinton nabbed a selfie and made Gorman promise to run for President in 2036. Others marvelled at the composure that belied Gorman’s youth, her passionate but controlled delivery, and the message of hope that she managed to convey, without diminishing or denying the divisions of contemporary America, in lines such as “being American is more than a pride we inherit./It’s the past we step into and how we repair it.”

Her performance’s resounding success, which easily outshone the more superficially accessible contributions of musicians such as Lady Gaga and Jennifer Lopez, could herald a resurgence of interest in American poetry. Hours after the reading, two of Gorman’s poetry books were in the number one and two spots on the Amazon bestseller lists, while her Twitter followers have soared by over a million since.

Poetry readership has been in gradual decline in America and across the wider world for a long time. According to the National Endowment for the Arts, in 2012 only 6.7 per cent of American adults said they had read poetry in the past year, down from 17 per cent in 1992. In the past few years, the influence of Instagram poets such as Rupi Kaur have seen sales bounce back among younger readers, but it’s difficult to imagine that social media alone would be enough to sustain a profound revival for a form that has been sliding into disrepute - at least among casual readers - over so many years.

But Gorman’s performance may just have managed it. Her work was a superb example of a young and authentically all-American genre: slam. That particular vocal cadence, the first-person affirmations, the dense alliteration, even the hand-gestures will be familiar to anyone who’s watched performance poets locking horns on YouTube or in the back room of a bar.

And it turns out that what’s right for that rowdy bar-room is perfect for a presidential inauguration. In order to win over a crowd who may be only half-listening, a slam poem must speak to everyone. It has to offer a direct emotional gut-punch. This is very difficult to pull off. Many poets praised by critics for their subtle ambiguity and understatement would fail miserably. I dread to think what, for instance, former US poet laureate and 2020 Nobel Prize-winner Louise Glück would have come up with.

But like Maya Angelou before her, Gorman understands that this kind of performance has to be a performance, and that the delivery requires just as much work as the writing. It’s something Robert Frost learned to his peril: he hadn’t taken the time to memorise his poem for John F Kennedy’s inauguration, and during the actual event realised he was too short-sighted to read it from the page, and had to recite something else he knew off by heart. If only he’d had Amanda Gorman to coach him.

The Hill We Climb also brims with references to other great American poets past and present - particularly, and no doubt deliberately, poets of colour - which left listeners burrowing down internet rabbit-holes into poetry archives in attempts to trace those half-remembered echoes. This is cause to hope that the work of such poetic giants as Langston Hughes, Maya Angelou and Lin-Manuel Miranda will be incorporated into this moment of interest in contemporary American verse, as schoolchildren around the globe pick apart the seam of influences embedded in Gorman’s lines. 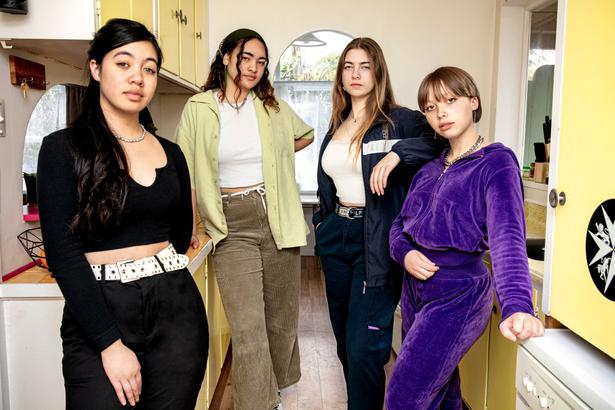 In beginning four consecutive lines of the final verse with the repeated phrase “We will rise” (a technique known as anaphora), Gorman paid tribute to Angelou’s hymn to transcending racism, Still I Rise. In declaring that “our people, diverse and beautiful, will emerge battered and beautiful”, she echoed two of Langston Hughes’s furious invectives against racism: Still Here, which begins “I been scarred and battered”, and I, Too, which ends “They’ll see how beautiful I am/And be ashamed -/I, too, am America.”

Of course, the most immediately recognisable reference to the majority of listeners came in the line “while we have our eyes on the future, history has its eyes on us”, which is an homage to the song History Has Its Eyes on You from Miranda’s era-defining musical about the founding fathers, Hamilton. “Did you catch the 2 [Hamilton] references in the inaugural poem? I couldn’t help myself!” Gorman later tweeted at Miranda. “You were perfect,” came the reply. It’s no great leap to imagine thousands of Hamilton fans blaring out the soundtrack this morning and murmuring Gorman’s words.

But America was not the only nation and Gorman’s not the only voice to feature prominently in the poetry of Inauguration Day. During the evening’s TV special, Celebrating America, which was hosted by actor Tom Hanks, Miranda himself gave a reading of Seamus Heaney’s 1991 poem The Cure at Troy. Biden, whose great-grandfather James Finnegan emigrated from Co Louth as a child, has described Heaney as his favourite poet and frequently quoted the poem, as well as others by Heaney and WB Yeats, in his speeches throughout his career. Many people hope that Biden’s presidency will usher in a new, more outward-looking era in which America returns to its active role in international politics; Heaney’s inclusion yesterday is grounds for hope that in the literary landscape, too, new poetry fans will read beyond their native shores.

The Cure at Troy, which was inspired by the Sophocles play Philoctetes, and has previously been invoked in reference to the fall of the apartheid regime in South Africa, the Northern Ireland peace process, and the Boston Marathon bombings, ends with the famous lines: “Once in a lifetime/The longed-for tidal wave/Of justice can rise up,/And hope and history rhyme.”

It’s a brilliant example from Heaney of how poetry can draw on a rich literary heritage while also speaking to the political and the immediate. Gorman’s performance yesterday proved her a worthy successor to him.

To mark the launch of Kate's new collection, she chats to the Ockham Award winner about expressing an unapologetic lust for life