Out on the bleached-bone Montana grasslands sits a large, glowering house: in the middle of a vast, sunlit landscape, a haven for shadows and draughts.

The place belongs to the brothers Burbank, a pair of cattle ranchers with little but a surname in common. George (Jesse Plemons) is a plump, obliging, smartly dressed sort, while Phil (Benedict Cumberbatch) is older, wirier and nastier: he lives for the toughness of the work, and refuses to wash on principle, wearing the stink of his labour as a badge of pride.

When Phil rides into town at the head of a thundering herd, he does so with a thin smile, perhaps because those in his path have just two options: shift, or be trampled.

This already strained domestic setup is what faces us at the opening of Jane Campion’s magnificent new western, adapted from a 1967 novel by Thomas Savage.

It is the New Zealand-born director of The Piano’s first feature since her 2009 John Keats biopic Bright Star — though in the intervening decade she co-wrote and directed the BBC drama series Top of the Lake. Its title was pulled by Savage from the 22nd Psalm, and Phil is the hound in question: an animal who circles his prey in loping, inscrutable strides. 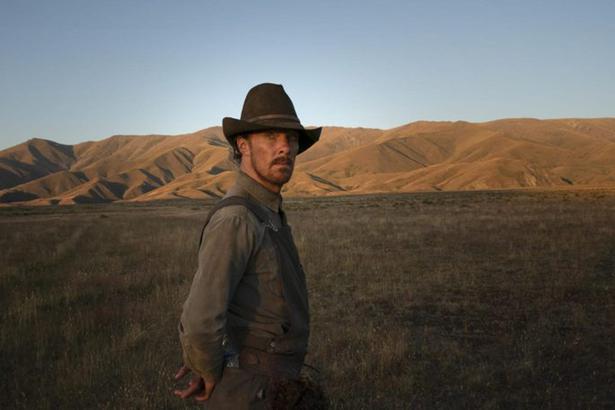 Benedict Cumberbatch as Phil in 'The Power of the Dog'. Photo / Supplied

It isn’t long before his latest quarry lollops into sight. During a cattle drive, the Burbanks spend the night at a boarding house run by Rose Gordon (Kirsten Dunst) and her fey teenage son Peter (Kodi Smit-McPhee).

Phil openly mocks the boy’s lack of manliness, but George is quietly besotted with his widowed mother — and soon enough, a marriage has taken place, and both Rose and Peter have moved onto the Burbank estate.

Phil is incensed, and begins to quietly wage war against this socially anxious woman and her spindly offspring — though we come to realise his territorial prowlings disguise his own deep-seated fear that he himself will be eventually sniffed out.

For one thing, Phil’s background isn’t as rough and ready as he likes to pretend. For another, he recognises himself in Pete — and his hostility towards the lad turns into a passive-aggressive mentorship.

Phil seems to be trying to recreate his own formative relationship with an older cowboy, Bronco Henry, whom he still plainly idolises, and whose saddle hangs in the Burbanks’ stable over a small memorial plaque.

In an extraordinary scene depicting a private moment of remembrance, Phil retreats to a quiet spot by the river, kneels down, and pulls Bronco Henry’s scarf out of his waistband, like a fallen samurai engaged in a penitent act of ritual disembowelment.

But Peter is neither feeble victim nor awestruck protege — in fact, he’s an aspiring doctor with ambitions of his own, which provide Campion’s tale with a thrillingly destabilising parting kick. 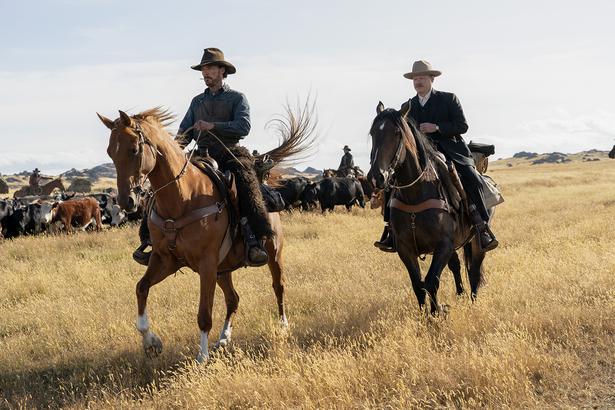 Cumberbatch has never been better than he is here — nor more electrifyingly cast against type. Phil is the kind of mercurial fiend you can imagine being immortalised by Jack Nicholson in the 1970s — especially in sequences such as the one in which he menaces Rose as she tries to practice the Radetzky March on a very expensive piano bought for her by her new husband, simply by strumming along on his banjo upstairs. (The terrific score, which smacks of a saloon pianist having a nervous breakdown, was supplied by Jonny Greenwood.)

But alongside the cruelty there is pain and tenderness too, which sometimes leak out in Phil’s interactions with inanimate objects, like the ropes he braids attentively from strips of hide.

Shot in the Otago region of Campion’s homeland, the film is suffused with a stark and deadly beauty. The vast landscapes lend grandeur to the chamber drama-sized plot, while individual images, from long-distance views of cattle drives to almost abstract glimpses of blood on golden wheatgrass, seem tinted with the glow of the epic.

But the devil is in the psychological detail, and the drama as earthed in the close-up as it is the landscape.

I loved Dunst’s cycle of emotions during an awkward dinner party thrown by Plemons’s socially ambitious George: the frozen discomfort as she stands on the edge of a conversation, not daring to contribute, which is replaced by a rictus of dismay when her husband asks her to play a tune for their distinguished guests.

Campion masterfully creates a constant sense of prickling intrigue around what precisely it is that we are watching play out here — and just how far the ritual will go.

The Power of the Dog is available to watch on Netflix from Wednesday, December 1.