The cover of the September issue of British Vogue - Forces for Change. Photo / Supplied Revealing its landmark September edition, the 'Forces for Change' themed issue is guest edited by Her Royal Highness, The Duchess of Sussex

The issue also has its first special guest editor: Her Royal Highness The Duchess of Sussex, a major coup for the magazine given the September issue is traditionally the most important of the year.

Celebrating female changemakers selected by HRH The Duchess of Sussex and British Vogue, the women featured are at the frontline of fashion, film, tech, wellness and beyond — aptly described as ‘Forces for Change’. 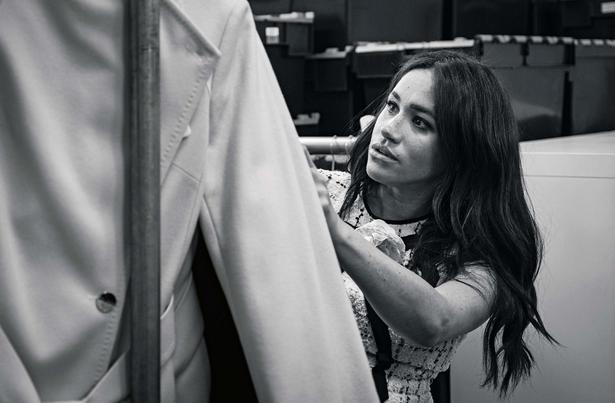 The Duchess of Sussex is the first guest editor of the September issue of British Vogue. Photo / Getty Images

“These last seven months have been a rewarding process, curating and collaborating with Edward Enninful, British Vogue’s editor-in-chief, to take the year’s most-read fashion issue and steer its focus to the values, causes and people making an impact in the world today” explains the Duchess inside the magazine.

“Through this lens I hope you’ll feel the strength of the collective in the diverse selection of women chosen for the cover as well as the team of support I called upon within the issue to help bring this to light.

“I hope readers feel as inspired as I do by the forces for change they’ll find within these pages.”

“To have the country’s most influential beacon of change guest edit British Vogue at this time has been an honour, a pleasure, and a wonderful surprise,” says Vogue’s editor-in-chief Edward Enninful.

“As you will see from her selections throughout this magazine, she is also willing to wade into more complex and nuanced areas, whether they concern female empowerment, mental health, race or privilege.

From the very beginning, we talked about the cover — whether she would be on it or not. In the end, she felt that it would be in some ways a ‘boastful’ thing to do for this particular project. She wanted, instead, to focus on the women she admires,” said Edward.

For her British Vogue debut, Dan, under the direction of Edward, styled the Prime Minister in New Zealand designers Emilia Wickstead and Jessica McCormack; her makeup was by Christina Lajdes and hair by Tana Tomoana.

“I was already in love with Jacinda,” says Peter in an interview with Vogue’s fashion features editor Ellie Pithers. “She’s not a politician who talks about social housing then drives away in a sports car. She was so funny and kind."

British Vogue Forces for Change The September Issue is out on newsstands and available for digital download from Friday 2 August.