Driven to honour a family legacy, the project comes from a place of positivity and pragmatism

Kristy Renee loves cars, 1969 Ford Mustangs to precise. She grew up around cars, and she’s been obsessed with this particular model for as long as she can remember. “When I was four or five, I’d see them, and they just become my absolute favourite car,” she says. “Growing up my whole life, all I wanted to do was get this 1969 Mustang and do it up myself.”

It’s a dream she’s making happen, and is currently in the process of restoring a 1969 Mustang of her own. She bought it at the end of 2019, and more or less started from scratch. “It was definitely in a different condition than I expected it to be,” she says, explaining there’s a lot of work still to go, and a lot of compliance, but her dream is for it to be midnight blue. “We’ll have to make the bodywork look really nice for that to work!”

READ: Conservation Is A Collective Legacy For This Picton Local

The project comes from a place of loss and legacy. Her father Kendall Payne was big on cars, and helped her pick out this one. “When I was growing up, I lived all the way up here [in Northland] and he lived down in Wellington so it was quite hard. He went overseas for a few years and travelled the world.” She got older and, as she puts it, life happens, and they talked more and more. “I’d spend a bit more time with him and I’d call him when I was having a bad day. We got really close in that way, in the last couple of years” 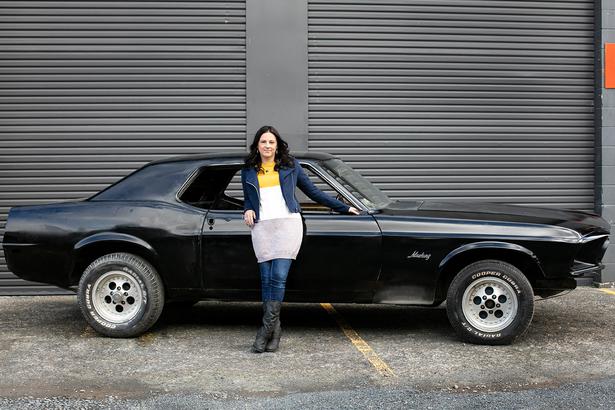 They also bonded over cars. Kendall had restored them for most of his life, and he was a Chevrolet man. She thinks he was surprised when she decided to restore a Mustang. “He knew I liked cars, but when I actually went to him and said, ‘Here’s a Mustang, I want to buy it. What do you think?’ He was really shocked and that blew him away.”

It was a good surprise, and good for Kristy too, who had always wanted to make him proud. “I didn’t go to university, I didn’t finish school, I didn’t do an amazing job on all that stuff, so it was the one thing that I knew he was proud of me for, and that was a big thing.”

Tragically, her dad didn’t get to be part of the restoration, or see it finished. “He didn’t get to work on it with me, he was quite sick when I got it.” Kendall was diagnosed with Motor Neurone Disease in November 2019 (the same month she bought her Mustang) and passed away the following August. “It was quick but it wasn’t,” laments Kristy. “When he got diagnosed, I drove [12 hours] down to Wellington every second weekend, from as soon as we finished lockdown last year.”

“He tried to give me as much advice, especially in that last year, as he could,” she says, and he helped her buy the car — getting information, arranging friends to check it out — all the while keeping his condition from her. “While he was doing all that and I’m all excited, I had no idea he had actually been diagnosed with motor neurone disease at the time.” 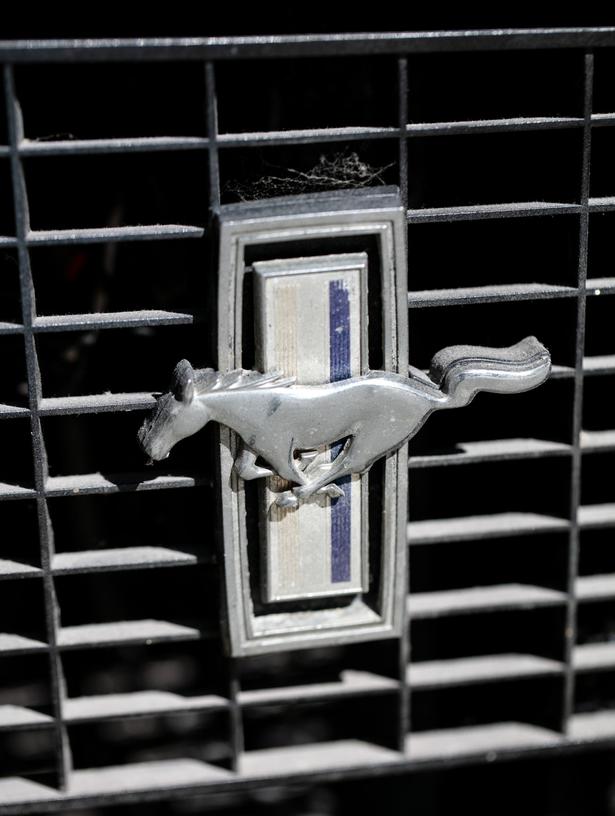 His positivity through his life and illness left an enduring legacy. “He was going through this horrible, horrible thing, but his saying was ‘it is what it is’," says Kristy. “That was a big thing that got us through what was going on. He was so positive every single day, and into cars. His funeral was massive. We had over 400 people there.” He had been doing up a car when he was diagnosed, and his car club banded together and got it finished for him before he passed. “That was his lead funeral car, he got to go in the back of that,” she remembers fondly. “We had a massive, massive cruise to the funeral. It was full of old cars.”

Since her father passed, and after the tumult of 2020, Kristy shifted gear and started working freelance from her Bay of Islands home. “I needed a bit of a break,” she reveals. “It did get a bit too much in December with all that going on, so I decided to take a break for a little bit and figure out what I actually want to do for a career.” Her daughter is eight now; Kristy had worked full time for pretty much her whole life, so it's been good to slow down and spend time together. She took also took some time out from restoring her Mustang. “I definitely took a break, especially when Dad was sick, because I didn’t have the time to do it, and then I struggled with it a little bit after he passed away.”

Now she’s back on the tools, and determined to finish it in his memory. She's using what she learned from her father, and her partner is a mechanic which helps too. It’s been a massive rollercoaster, she reveals, with many ‘What the hell am I doing?’ moments. “There are days where it’s really positive like, ‘Yeah, I can do this, I can learn it, I can get it done!’ and then days where I think ‘I’m never going to do this.' ” She’s committed though and wants it finished so she can organise a memorial car cruise for her father — together with the car club he was part of in Wellington — to honour his legacy and raise money for Motor Neurone Disease. “That’s the goal, that’s what’s driving me to get it done.” 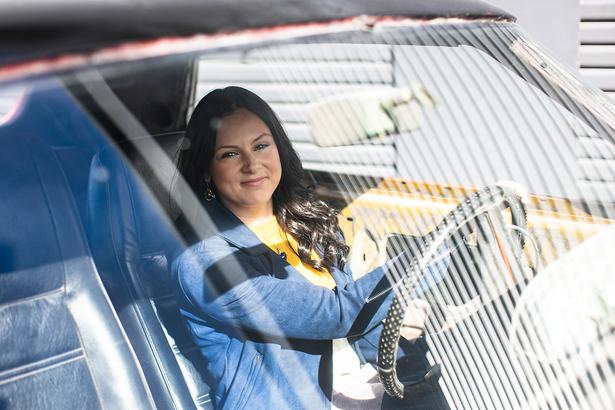 Kristy is also driven to keep his positive legacy alive. “Since this all began, I have just wanted to take on more of his attitude to life, so I’ve picked up on that quite a lot, that ‘it is what it is’ saying, you have to live by that in a way.”

Like him, she is going to make her car part of her will — leaving it to her daughter. She also hopes to pass on that same attitude. “In life, you’ve just got to grin and bear it a little bit, and carry on and stay positive. Have confidence. Who cares what other people think about what you’re doing, or their attitude to what it is? If that’s what you want to do, go for it. You really can’t plan anything; no matter what, it’s going to change at some point," she says. "It is what it is.”

These New Zealanders are leaving their legacy, have you thought about yours? Legacies aren’t just about what you leave behind, they’re also about the impact you have on the people around you, and what you create as you live your life. Legacies are the things we teach our children, the passions we pursue, and the care we take for the planet. How would you like to be remembered? For nearly 150 years Public Trust has helped empower New Zealanders to plan for the future, because protecting yourself with a will might be the most important thing you do for you and your loved ones. Create yours online at Publictrust.co.nz