The Crawley family and surrounding characters are back for the highly anticipated Downton Abbey movie. Photo / Supplied It’s been four years since Downton Abbey last aired on television screens, and nine years since its debut.

Today, the highly anticipated Downton Abbey movie is released, and according to the film’s Emmy-nominated costume designer Anna Robbins, it simultaneously feels like it’s been years and 10 minutes since the gang was all together.

READ: How This Costume Designer Brought A Modern Twist To 'Mary Queen of Scots'

“I think we’d all hoped when the series finished that there might be something else but we didn’t know whether that would ever happen,” says Anna, speaking from London in her lovely Scottish lilt. “So once we found out the movie was confirmed, it was amazing. It was like a wonderful family reunion.” 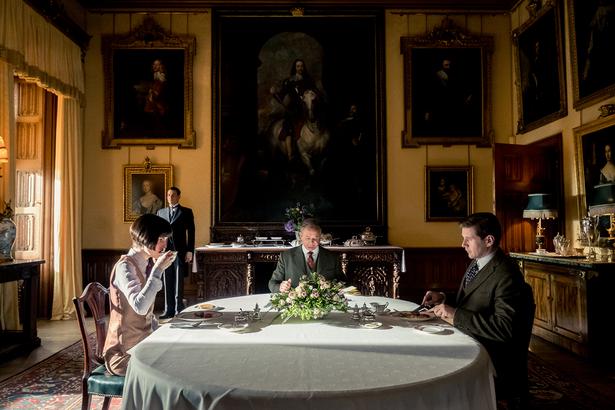 "...once we found out the movie was confirmed, it was amazing. It was like a wonderful family reunion.” Photo / Getty Images

Set in 1927, the film sees the Crawley family and surrounding characters, both familiar and new, preparing for a royal visit to Downton — King George V and Queen Mary, to be precise.

For Anna, the characters’ varied schedule of occasions required richly memorable wardrobes. Taking the television series to the big screen meant every costume needed to be elevated, she says, to create an even higher production value and a sense of the cinematic.

READ: Behind The Costumes In Beauty & The Beast

Attention to detail was important in this setting, as even the smallest flaw would be visible on the big screen, whereas TV is a little more forgiving.

“The other difference is that there were fewer story days in the film than across an entire season,” Anna explains, “so I had to be more considered with my design choices because I had less costumes to tell stories with.” 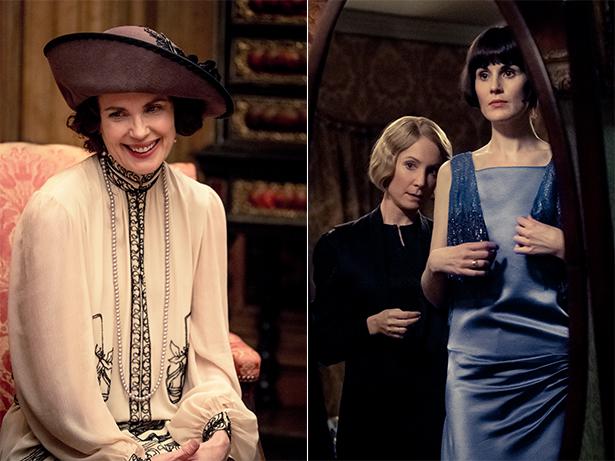 Anna's team source original 1920s pieces — about half of the entire cast’s wardrobe, she says — and otherwise design new pieces that are historically accurate. Photos / Supplied

For Lady Mary, for example, she would probably have over a hundred costumes in one series, says Anna, but in the film it’s about ten to fifteen, so each one has to make an impact and contribute to the story arc they’re trying to create.

The menswear in Downton is fantastic — lords in beautifully tailored warm-toned suits in heavy tweeds and wools, and the butlers and valets in equally as impeccable black tails.

“I love designing for menswear,” says Anna. “Men and women go hand-in-hand to create these scenes. They should all feel very valid, so you have to design as a whole — they’re as important even if they might not take as long to create.”

Downton Abbey prides itself on authenticity and the costumes are a large part of this. Anna always begins her design process with heavily detailed research, the difference being with this film, she'd already done a huge amount of research thanks to her work on the TV show.

READ: Costume Designer Arianne Phillips On Once Upon A Time In Hollywood

"I had a kind of background knowledge already, but there was still lots to research — there were new characters to design for, and new characters that weren’t fictitious — they were real people, which was a completely different challenge. Obviously there was a lot of visual imagery there to reference for our royal family, but that was a different challenge in itself."

There is also a large military presence in the film, and the sheer number of cast and nature of these costumes meant there was little room for error, even if Anna was designing for fictitious characters.

"I worked very closely with our historical advisor to make sure all of these things were correct," she says. 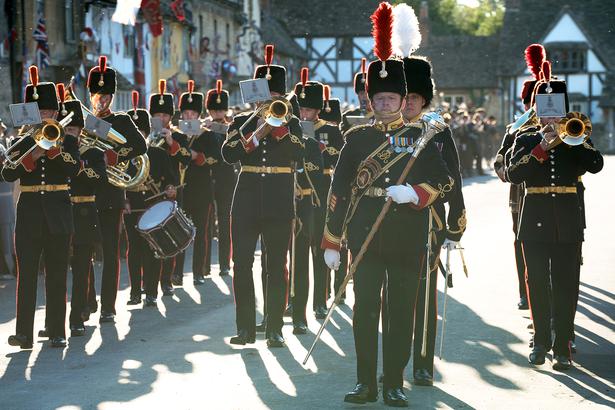 "But, when we come to costumes of the Hall, there’s a huge amount of movement within the historically accurate world to be creative, to find the characters within the varied styles that the twenties had to offer. It’s a very creative process but you've creative rules you have to obey, rather than breaking those rules deliberately through particular design choices."

Her team source original 1920s pieces — about half of the entire cast’s wardrobe, she says — and otherwise design new pieces that are historically accurate.

"Daywear doesn’t seem to be as prevalent or as easy to find, but I would say that even if we found an original garment it would still go through the workroom to an extent," says Anna. "That might be for a bit of restoration, or to slightly alter its proportions."

Anna loves the feeling of delving into history, searching for these special clothes. “You’re just going on a shopping trip, but you’re shopping for clothes that are a hundred years old that are tucked away in vintage shops. It’s great fun to find them, because it does feel like treasure.” 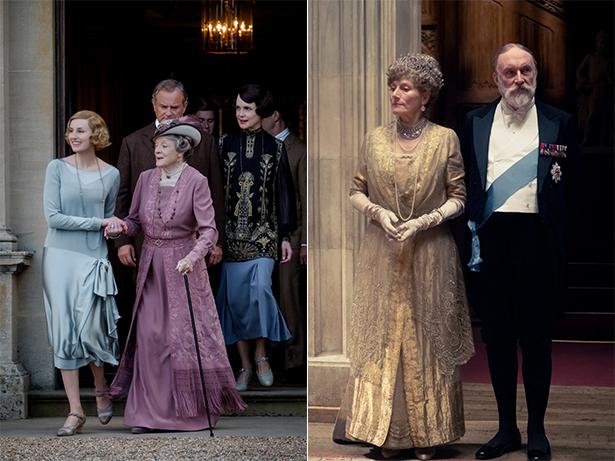 Back in the 20s, she says, there were many rules about what was and wasn’t acceptable to wear. For the men’s day wear, a tweed suit would never have bright colours with it like purples or blues — more like browns, greens and fawn tones.

This is just for the country, however — Anna explains there’s a code for what they’d wear to town (only black shoes, never brown) and the formal evening dress is a whole different beast. And that’s just for the menswear.

Although it seems like it should be many more, Anna's core wardrobe team is comprised of about 25 people — from the design team, to the workroom where the costumes are made, the principle truck team that looks after the costumes and the actors, and the crowd department that manages all the supporting artists and looks after them on set.

However, on big days, a helpful hoard of daily contracters descend on set to lend a helping hand, she says, which is wonderful when they're incredibly busy.

The film, as with its for-television predecessor — is a marvellous view into a world that no longer really exists, one that began dying out around that time. That, Anna agrees, is one of the reasons why it’s so popular with audiences.

“I think the sense of escapism and the curious look into this glamorous, mysterious, wonderful world that was fading away — you’re seeing it at its finest knowing that it changes very quickly in the not-too-distant future,” she says.“It’s quite fascinating and has a real emotional draw to it. There’s a poignancy to it as well, knowing that you’re seeing the last of these great houses operating and being lived in in that way.”

• Downton Abbey is in New Zealand cinemas from today (September 12).