The Los Angeles-based jewellery designer works on a made-to-order basis with wait times sometimes reaching six to eight weeks. It’s the “anti-Amazon Prime model”, she says, in her pleasingly slow California drawl. “You don’t get it overnight.”

Her eponymous brand was founded in 2015, and Sophie is one of a handful of modern makers changing the perception of luxury in the jewellery sector.

Her handmade pendants, earrings and bracelets are solid and often weighty, like wearable art pieces.

They are statement-making without being flashy — you won’t find colourful gems or overly ornate details in Sophie’s collections, but you will find a heavy egg-shaped, solid metal pendant, one of her signatures, that nestles satisfyingly on the clavicle or at the base of the throat. 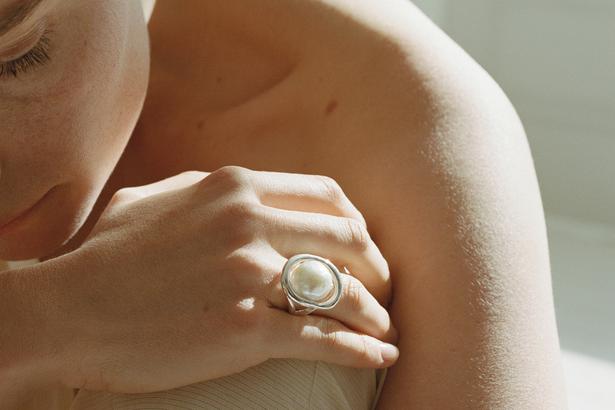 “When I started the jewellery line, I only really wore antique or vintage jewellery and I just found that new jewellery was too ornamental for me." Sophie Buhai autumn/winter 2019. Photo / Supplied

You’ll find huge, sculptural pearls fashioned into earrings, a collar necklace, a headband. Even the classic chain is reimagined as a version of jewellery our grandfathers might have worn, exaggerated and elliptical.

“When I started the jewellery line, I only really wore antique or vintage jewellery and I just found that new jewellery was too ornamental for me,” says Sophie. She believes there’s a new type of fine jewellery that appeals to the modern woman, which is thoughtfully produced, and uses unconventional materials.

For her autumn/winter 2019 collection, available exclusively at Simon James Concept Store in New Zealand, Sophie turned to the ocean and its inhabitants for inspiration, continuing to use her signature organic pearls and exploring the form of shells like the nautilus shell, one of the finest natural examples of the logarithmic spiral.

It had to be done in the right way, she says. “I was using real shells, and then I wanted to create a silver shell, but that could go a very touristy ‘gift shop’ route if it wasn’t executed right.”

As well as incorporating real shells into her designs, she created abstract pieces like the Oyster necklace, a teardrop-shaped silver pendant that sits on its side at the base of the throat — the research of which involved the arduous task of ordering and eating a few of the real thing.

As the fashion industry is trending towards more conscious practices, so too are many designers in the jewellery sector embracing the “buy less, choose well” model. Sophie’s pieces, while not exorbitantly priced in the grand scheme of fine jewellery, are expensive enough to make them a special, “sometimes” purchase, which she likes.

“There’s a real sustainability to creating pieces that maybe cost a bit more, but last forever,” she says. “I think that is eco-friendly, and it’s an area of luxury that is important — and even non-luxury — that it exists.”

Being a small company, Sophie Buhai has the power to be thoughtful about the ways in which it makes its jewellery, says its designer.

Everything is made by hand, to order, in Los Angeles, and a percentage of the silver pieces are derived from recycled silver in an effort to reduce their environmental impact, all while paying fair wages to the jewellers who are making the goods.

It’s part of the appeal of the brand, and one that would lead the thoughtful consumer to seek them out for their practices.

For the photo campaign running with the release of Sophie Buhai autumn/winter 2019, Sophie once again tapped her friend and muse Camilla Deterre, who appeared in one of the brand’s earliest campaigns back in 2016, to model the new releases.

An interior designer and restaurant owner as well as model, Camilla is a good example of Sophie’s preference for highlighting creative and interesting women in her campaigns rather than just a beautiful but nameless model.

All these women are still physically beautiful, but including them feels more personal and real, says Sophie. 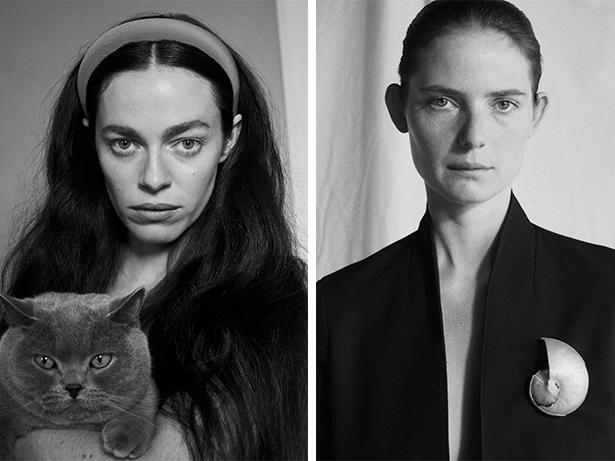 Coming up next, Sophie is working on her spring/summer 2020 collection, which will be launching at the end of September as part of Paris Fashion Week.

The brand has also recently launched a hair collection including silk headbands and sophisticated scrunchies. Given the current trend for hair accessories, it’s going well.

Los Angeles feels like the right place to be for Sophie, who is from there originally but lived in New York for 12 years where she studied at Parsons and had a fashion label before her jewellery line.

She agrees that the aesthetic of the city and its pace are a good fit for her brand and life, especially now with a young baby.

“I love it here,” she says. “I think LA is an amazing place to live. New York is great too, but for me — I just feel like I’m home here.”

Inside The Discreet & Elite World Of Luxury Watch Making