Choosing A Life Of Balance

Living in the bohemian community of Topanga, an enclave surrounded by a state park on the southern coast of the Santa Monica mountains, the couple usually spend their mornings walking down to the beach for a surf and a coffee, before working from their hammock-strung home in the afternoons.

Their son, Cisco, is the classic beach-raised Californian toddler; plump, shirtless, with a mop of snowy curls. As his parents talk to Viva about their new project, he totters around the living room chewing on a banana to ease his teething pains.

Five years ago, however, neither Luke nor Gabrielle could imagine their lives looking like this. At the time, they were living the fast life in New York; Gabrielle working as a senior designer at Vogue magazine, and Luke leading the US market development for Stolen Girlfriends Club, the fashion label he co-founded with Marc Moore and Dan Gosling. 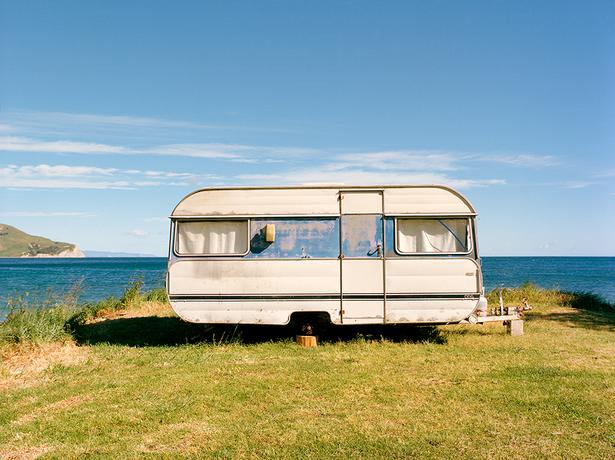 Life was great and Gabrielle had just celebrated her 30th birthday when everything changed dramatically.

“Literally overnight, I found myself in this complete state of physical dis-ease all through my body,” Gabrielle says.

There was no immediately apparent cause for her listlessness, aching and disorientation, but normal day-to-day life quickly became impossible. Eventually, she was diagnosed with Lyme disease, a bacterial infection from a tick bite that has become “an epidemic in the US and Europe”.

Treatment wasn’t as simple as a course of antibiotics. “It’s very complex; it’s not just the bite itself that makes you sick,” Gabrielle explains. “My body was already so toxic from so many things that it was like my glass just overflowed.”

In search of answers, she spent four weeks at the Paracelsus Clinic in Switzerland, where she learned about healing through a plant-based diet and natural therapies. Afterwards, she and Luke, ready for a change, came back to New Zealand, where they spent a year living quietly on land they own in the Coromandel as Gabrielle recuperated.

Some bee-keeping friends asked if they could place some hives on the property while the couple were there and they agreed happily. 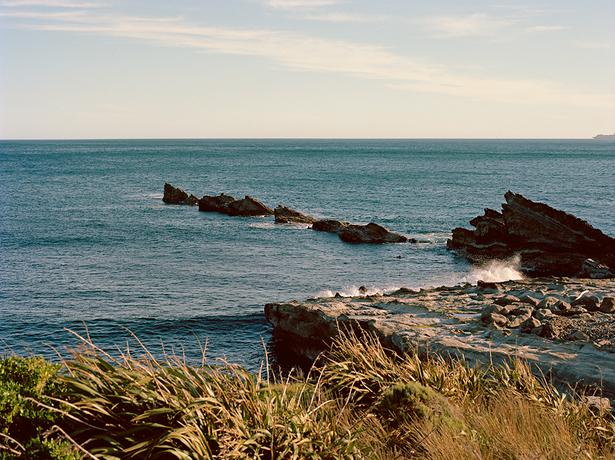 It was a transformative year. As her health began to improve, Gabrielle became deeply interested in natural foods, preparing all their food from scratch, including nut milks, bread, granola, green juices, chocolates and fermented foods such as sauerkraut.

READ: Hear me raw: The delight of unbaked treats

“I really believe in the human body’s innate capacity to heal itself if provided with the right tools — one of these being nourishing foods from the earth,” she says.

At the same time, Luke, a surfer who grew up in Whangamata, started to feel a pull towards creating a business that reflected his life-long interest in the natural world. During a week in spring spent surfing the same remote Coromandel beach every day, he began noticing the activity of the local bees.

“I needed to walk through thick native bush to get to a certain tide every morning. Over that week, I became so aware of the bees’ activity as the earth warmed with the sun that I learned to tell the time by their activity, and I began to understand their key role as environmental indicators,” he says.

“That was a magical moment for me. I felt that I needed to build a business that was in tune with my lifestyle and my passions. I felt I’d kind of lost that, and that year in the Coromandel brought that back.”

Although they talked at the time about creating a honey brand as “a romantic idea”, they didn’t take the possibility seriously until they returned to the United States and Luke started to look at the way manuka honey was presented on the world stage. 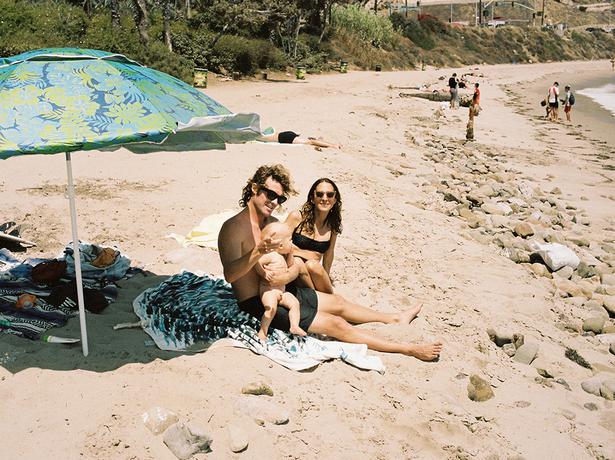 “A lot of the time, there’s this amazing resource made by beekeepers who are doing a passionate and labour-intensive job, but it ends up being sold offshore and being diluted by mass distributors who dump it into chain stores and label it with whatever numbers they want.

I saw an opportunity to do something really beautiful — to work with the bee-keepers to tell a transparent story while elevating manuka.”

And so, Activist Manuka was born. Launched in April, the brand has started small, with just three grades of manuka honey produced in New Zealand and targeted primarily at the American market, but they have big plans for more.

READ: Why LA Isn't the City You Think It Is

A short science lesson: manuka honey is prized for its active antibacterial qualities, which are related to its methylglyoxal content. Methylglyoxal (MGO) is a compound found naturally in many flowers but particularly so in manuka flowers, and is transferred from nectar into honey. Honey with an MGO content of over 100mg per kilo has a mild level of therapeutic benefit.

Over 250mg, there is noticeable antibacterial activity, and at levels over 550mg/kg, it can be used for medical purposes, like treating skin infections. Activist Manuka honey currently comes in three grades — 100, 300 and 850. 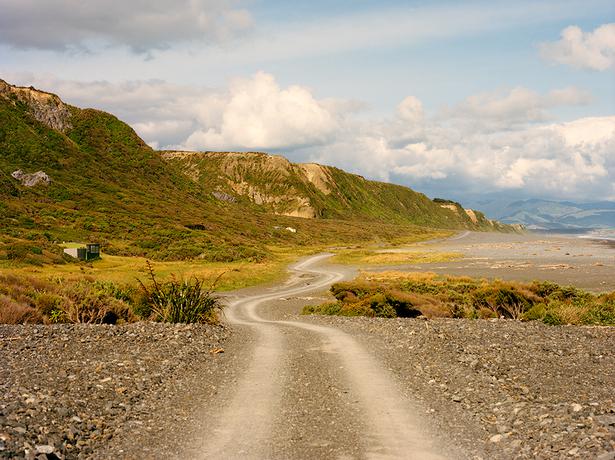 For Luke and Gabrielle, the name “Activist” refers not only to manuka honey’s active antibacterial properties, but was chosen as a celebration of New Zealand’s history of people who believe passionately in what they do and take action to make the world better.

“I get really inspired by people who use their unique gifts and craft as a call to action, and dedicate their lives to something they love to do,” Luke says. “It doesn’t always need to be about world peace or environmental issues — it could be just a great craftsman who teaches a younger generation and gives them direction and a purpose for life.

It’s become really important to me and Gabby to do something effective in our lives. I think part of that is becoming a parent — just making money becomes boring after a while. I’ve seen my own father dedicate a lot of his time to the community and it’s been really inspiring to me.”

When it came to creating a visual identity for the brand, the couple pulled together an inspiration board that drew on grassroots New Zealand art and culture, including references to artists such as Ralph Hotere, the band Herbs, handmade signs advertising fruit and vegetables on the roadside, and the mismatched paint colours of beehives and protest signs. 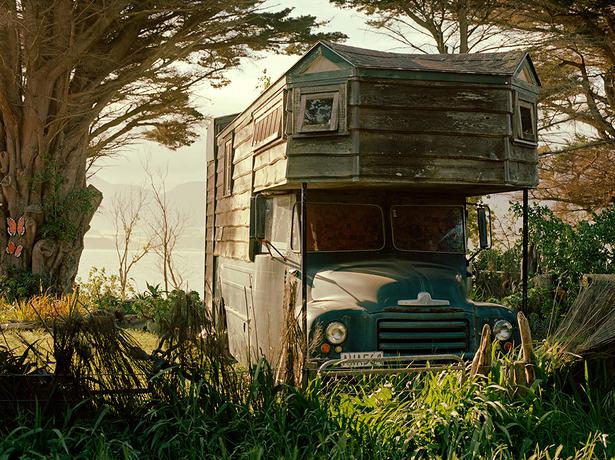 For the packaging design, they commissioned “our dear friend, exceptional designer and fellow New Zealander Fred l’Ami”, to create something that was bright, raw and beautiful.

“We wanted to have a great-looking product but we didn’t want it to be layered up with lots of packaging.

We didn’t want to create a lot of waste, so we decided to strip it right back,” says Luke. They also commissioned New Zealand photographer Derek Henderson to shoot a photo-essay style campaign called Notes Of Origin.

“We wanted something totally un-art directed or laboured-over. Derek’s skill and eye for point-and-shoot is realism at its best. The photographs capture and motivate everything that is important to us, without having to speak about it.”

The first products in the range are now being sold through Cap Beauty stores in LA and New York, Erewhon Organic Grocer in California, and exclusively at Simon James Concept stores in New Zealand. They aim to have them distributed largely through high-end grocers and health, beauty and design stores, Luke says.

Over time, they intend to introduce more manuka honey-based products, including tinctures, syrups, powders and supplements. But they’re not rushing into anything — they’ve come to realise that the most important thing in life is enjoying the small pleasures of family, friends and nature every day. 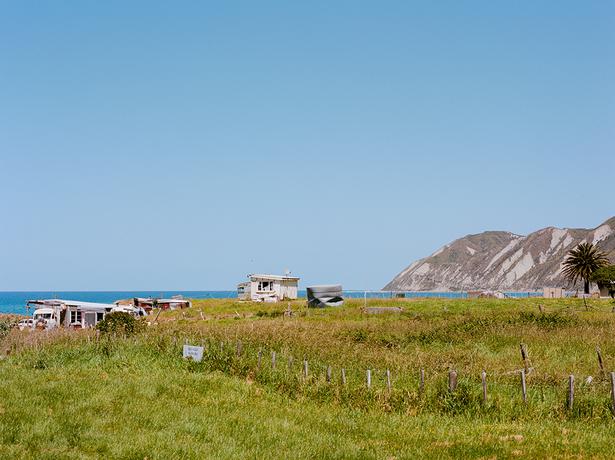 From being part of New York’s most aspirational and luxurious scene, today, she’s learned not to take for granted the ability to do simple things like hike in the mountains or play with her son. “My luxuries in life are travel and taking time for myself to live the life I want to live.”