Meet The Charming Co-Judge Of The Great British Sewing Bee "I think, particularly at the moment with everything going on in our politics, it’s a really nice antidote to everything that’s brutal and shouty, and nasty and mean…”

Patrick Grant, designer, creative director and co-judge on wholesome BBC reality television show The Great British Sewing Bee, is talking about why the series resonates with so many people. Modelled on the format of The Great British Bake-Off, viewers tuning into Sewing Bee enjoy its feel-good formula of ordinary Brits showcasing a homely talent in a competitive setting.

READ: Our Favourite Shows Worth Watching This Winter

The contestants are chosen for their unique yet mostly likeable personalities, and heart-warming scenes ensue. As Patrick says, it’s escapism at its finest. When the series — now on New Zealand television — screened in the UK earlier this year, during one of the most divisive periods of British politics in recent memory, this was even more desirable.

“The show’s just a bubble of niceness in a world of unpleasantness,” he laughs, “at least, that’s how it felt this year. We’ve managed to create an atmosphere on set where the contestants are incredibly generous with each other, everyone helps everyone else out. Sewing is a slower, simpler, lovely pursuit that’s quite mindful. We have a lot more people who sew now in the UK than we used to, largely I think because of the show, but it was rising in popularity anyway.”

While Sewing Bee can be a happy place to forget the world’s woes, its subject matter is timely too, with awareness growing around fast fashion’s effect on the Earth and its people.

“There is a huge groundswell of opinion in this country that we have to change the way we perceive clothes,” says Patrick. “We have to begin valuing clothing again in a way a lot of people have stopped doing — partly because it’s become so cheap that you don’t need to think about your clothes. You can buy them, wear them once and throw them away. I think Sewing Bee is restoring people’s appreciation of the value of clothing in a way that’s really important.”

Patrick is certainly an authority on the value of fashion in England; a former engineer, he mortgaged almost all of his belongings and borrowed money to purchase a floundering heritage tailoring house after spotting an advertisement in the Financial Times while he was completing a post-graduate degree.

Established in 1821, Norton & Sons had once dressed Cary Grant and Alfred Hitchcock. Since buying the company, Patrick has brought it back to profitability. He did the same with E. Tautz, another traditional London tailor that once catered to Winston Churchill, relaunching it as a modern ready-to-wear men’s brand in 2009.

It’s of utmost importance that his companies use the best fabrics and methods possible, says Patrick, who grew up “loving the things that lasted the longest”.

“Wearing something that’s had a really long life is really special, I think,” he says. “Lots of people growing up today have never experienced actually good clothes. Some will have only worn very cheap synthetic clothing that just gets worse and worse after every wash.” 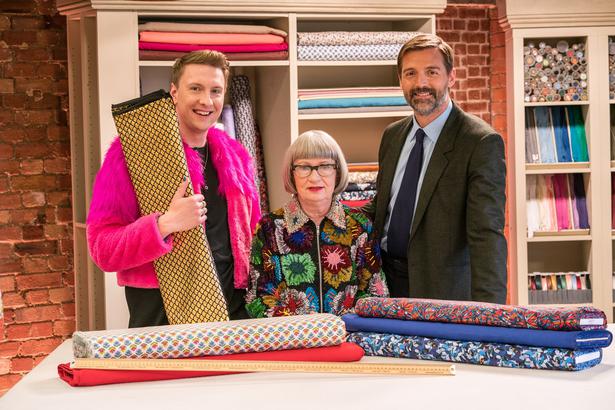 At Norton & Sons, everything is hand-made out of premium fabrics to last decades; E. Tautz is manufactured to the highest standard, and another of Patrick’s clothing businesses, Community Clothing, he describes as a “serious attempt to make good quality clothing affordable to everybody”. Launched in 2016, Community Clothing offers timeless basics for men and women, all made in the UK and sold at competitive prices.

“It’s an attempt to restore jobs and prosperity to our textile areas, but it’s also about giving ordinary people on an ordinary wage the opportunity to buy really good quality clothing,” he explains, “because at the moment you have to be pretty rich to buy something that’s well made — and that’s wrong.”

Patrick is fighting for a better future within fashion, but there’s still a long way to go. Manchester-based online retailer Misguided faced backlash recently after launching a £1 bikini, which The Guardian said was labelled by many as “a symbol of a throwaway fashion culture that now sees British shoppers throw away a million tonnes of clothing each year”. The bikini in question, although contentious, was a sell out in all sizes.

New Zealand’s fashion manufacturing story is similar to Britain’s in that a once humming industry now requires clothing brands to actively nurture its future after much of the production went offshore.

In order to appeal to the next generation of potential craftspeople, Patrick thinks the fashion industry needs a marketing makeover. “Particularly in this country, and I suspect it’s much the same in New Zealand, the textile and garment industry is an old industry with old infrastructure, and some people find that very romantic, but I think young people don’t.” Yet many of the factories Patrick visits are full of “sexy automation” and modern technology.

Because of this automation, he says, in future there will be fewer jobs, but they will be more highly skilled.

“They’ve got to think making stuff is cool and that’s a challenge after 30-40 years of decline, frankly.

“But I think it’s possible.”

His interest in the history and heritage of clothing:
"I was always into clothes. I was also always into history of brands and history of clothing — I’m a little sponge for that stuff. When my roommates at boarding school had Bon Jovi posters on the wall, I had pages from Vogue. It’s always been something I’m fascinated by and I find the story and the evolution of everything really fascinating.

So, I’ve read a lot, and I enjoy it and it’s something that continuously fascinates me. It’s interesting, now I think some of this stuff gets lost because the Internet’s very lazy and it finds it easier to parrot things from elsewhere and there’s a depressing narrowing of knowledge that comes with that. But, I’ve got a big library — I’ve read all the obscure biographies of people like Dior, and Paul Poiret.

There's a lot out there but it’s harder and harder to find now, and I think it’s important to go back to original sources now and read this stuff because it’s really instructive."

Streetwear and why the principles of tailoring are still important:
"What we find with fashion is that these things go in cycles. We had a very dressed-down cycle in the nineties in this country — people threw away their suits, it was completely uncool. Everyone was wearing baggy t-shirts and baggy trousers and trainers.

The pendulum is always in motion, and what’s cool for one generation is uncool to the next. We are coming out of a period of 10-15 years where tailoring has been absolutely on the rise again. Young guys — they’re not wearing it the same way. They’re wearing waistcoats and jackets with jeans, they’re wearing bits of tailoring with bits of casual wear. We’re moving into a baggier and a more relaxed phase, but the pendulum keeps swinging and I think that’s the great thing.

But the simple truth is that tailoring makes people look better, and people are vain and they want to look as good as they can. Tailored clothes make you look slimmer and better proportioned and all of that good stuff."

The last collection we did was based on the work of a photo journalist called Tisch Murtha, and it’s a fascinating insight into British society and the way people lived.

Finding inspiration and things like that is arguably the best part of the job — getting to spend a bit of time diving into some subject and immersing yourself in it, and trying to work that into a particular feeling around a collection of clothing you produce."

• The Great British Sewing Bee is on Living Channel, Tuesdays at 9.30pm