Whetu Tirikatene-Sullivan at work c.1970 with her daughter May-Ana wearing a dress featuring a print by Sandy Adsett. Photo / Neale McMillan courtesy of the Parliament Collection The Politics Of Fashion: How Whetu Tirikatene-Sullivan's Pioneering Style Paved The Way For Politicians Today

It’s election year. Does it matter what a politician is wearing? The argument is imbued with layers of prejudice (fashion, so frivolous! so vain!).

Yet in a year where so much is at stake for politicians around the world, putting your best sartorial foot forward is not a bad idea.

Presentation can be a contributing factor in how the public perceives potential candidates, whether it’s Donald Trump’s too-long ties and shoddy tailoring or Jacinda Ardern’s crisp white Ingrid Starnes top, re-worn on the cover of Time magazine. 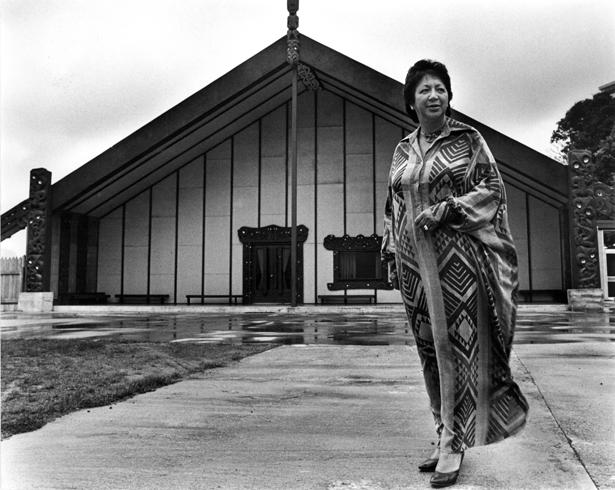 Pioneering politician Whetu Tirikatene-Sullivan’s relationship to fashion is relevant for today’s political climate, as a woman who accutely understood the power of public image. Breaking down barriers as the youngest woman to be elected to Parliament in 1967, she held the Southern Maori electorate for 29 years.

In 1970 she paved the way for Jacinda as the first sitting MP to give birth, and in 1972 became the first Maori woman Cabinet minister. A former Minister of Tourism, Associate Minister of Social Welfare, and Minister for the Environment, who passed away in 2011, she was also known for wearing brightly coloured outfits featuring Maori motifs, a major contrast to the tidy skirt suits professional women wore at the time. 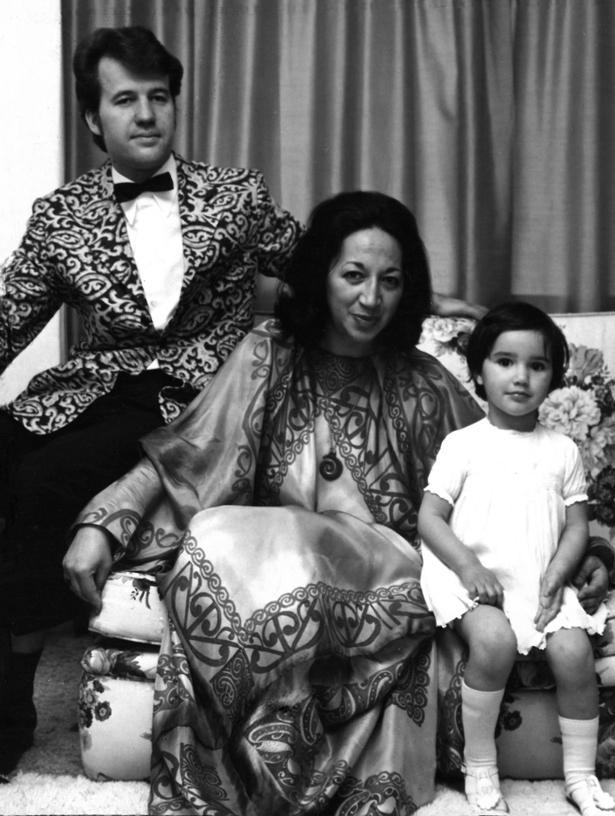 Commissioning a large number of garments that incorporated Maori symbols by contemporary Maori artists, including Sandy Adsett, Para Matchitt, Cliff Whiting, and Frank Davis, Whetu proudly wore these on pieces at public engagements. For many New Zealanders, this was the first time they’d seen traditional motifs in an entirely powerful new context.

READ: The Designer Dressing Women For A New Era Of Political Power

As we celebrate groundbreaking women, let’s remember Whetu’s passion for politics — and advancing the cause for indigenous fashion design, a reminder that the power of fashion to communicate a message, convey policies and maybe even help inspire hope, is, as Whetu once said, an opportunity to bring people together.

“One of the roles I would hope to fill is that of interpreter between Maori and Pakeha. The race differences shouldn’t be divisive, but enriching.”