From tweeds to new tailoring, take note of these stylish updates from the Paris catwalks 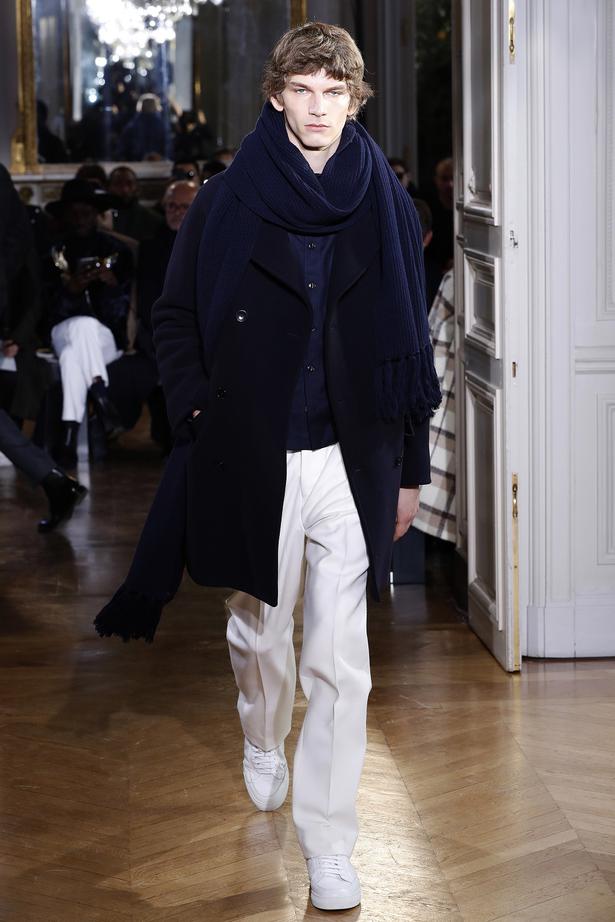 Winter whites
If anyone can convince us that white trousers are acceptable attire for winter, it’s Pierre Mahéo of Officine Générale — his label is a byword for laid-back Parisian refinement. Pristine trousers looked suitably Alpine alongside soft cord blazers and cosy shearling jackets. Just don’t spill the vin rouge. 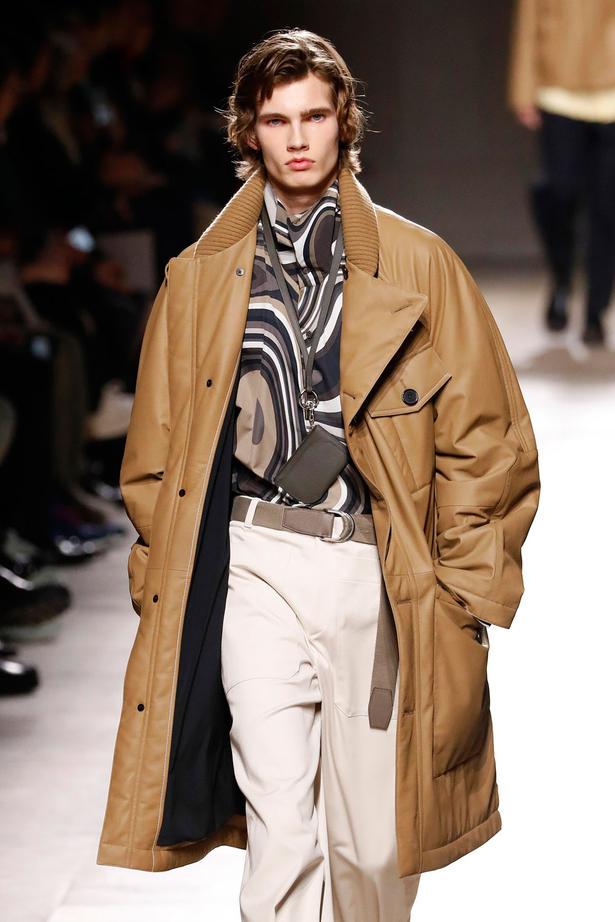 Sports style grows up
The shift towards more dynamic and athletic-focused style has been one of the biggest trends in menswear in recent decades, but that doesn’t mean letting standards slip. Véronique Nichanian of luxury Paris house Hermès turned traditionally outdoorsy pieces — cagoules, padded jackets, biker jackets — into items of desirability by tinkering with their make-up; a gleaming chocolate technical fabric felt like silk, while sumptuous leather was employed where practical materials would normally be. 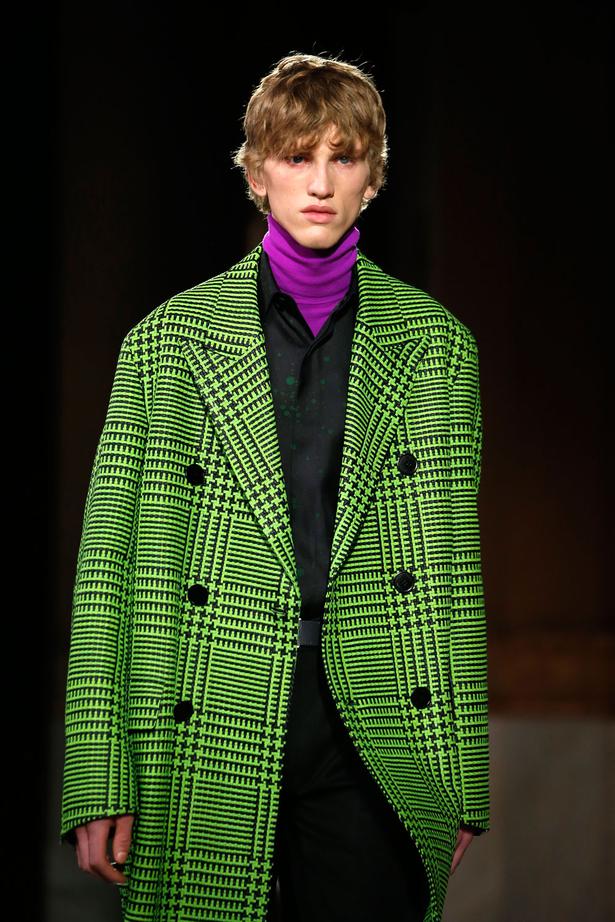 The British are coming
For all the flash and glamour of Kim Jones’s Dior show, with the Beckhams sitting front row and glittering couture beadwork on the catwalk, the real stars were the British heritage fabrics set amid the more theatrical pieces. The designer’s collection was a tribute to his late friend Judy Blame, a stylist, designer and artist who was part of the punk movement and favoured a jangling array of trinkets as his accessories — hence anarchic touches added to cable-knit sweaters. Elsewhere, Kris Van Assche at Berluti took the standard Prince of Wales check and treated it to an acid bath, rendering it in searing green and black on a double-breasted coat. 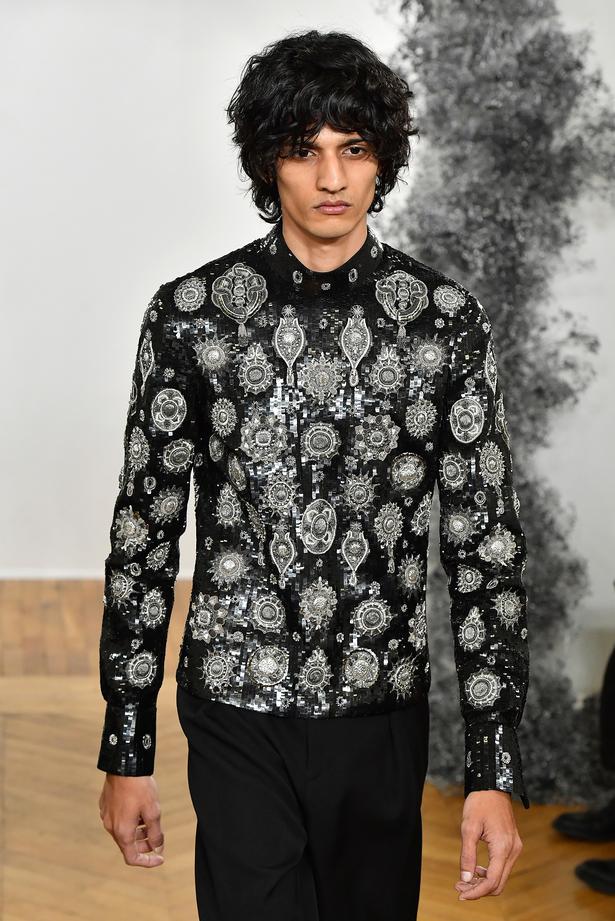 Royal inspiration
A grand Parisian couture house, helmed by a British designer, invoking the raffish glamour of the last Maharaja of Indore... It was a cross-pollination from Clare Waight Keller at Givenchy that blended the opulence of Yashwant Rao Holkar II in the Thirties with a modern silhouette. Alongside the more outré bejewelled sweaters and embroidered coats, there was also a return to sartorialism with plaid and Prince of Wales checked suits paired with the kit and caboodle of shirt, sweater and lapel pin. Indian splendour by way of the mills of Berwick-upon-Tweed, then. 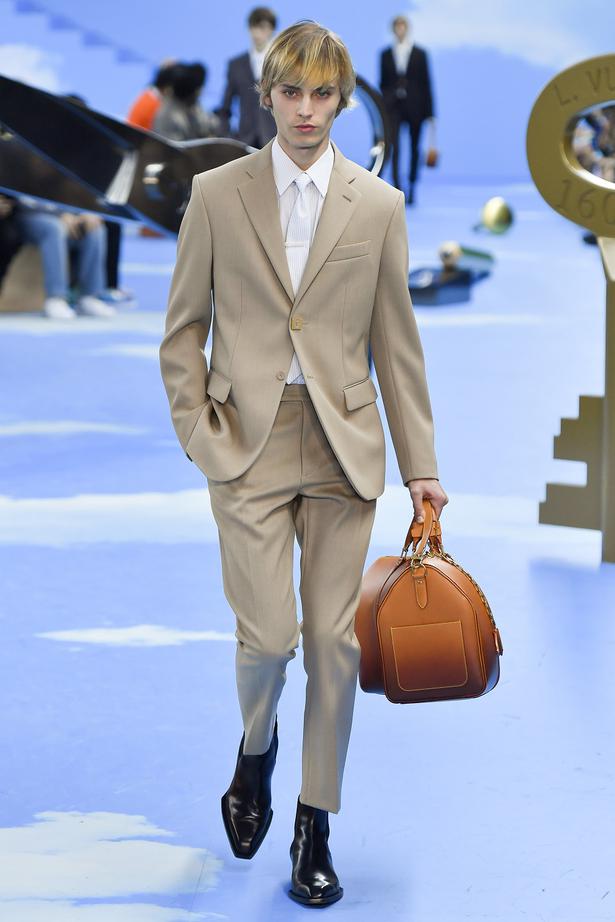 The City set
When Virgil Abloh was appointed the creative director of Louis Vuitton menswear two years ago, eyebrows were raised that the streetwear-centric designer could helm a luxury house. But slowly and surely, Abloh is setting about exploring the ability of the storied Vuitton ateliers and for winter, alongside the high-octane, showman pieces that will keep his millennial fan base in Instagram likes, he explored something new — suits that a businessman would happily wear. The designer looked to the more corporate side of the Louis Vuitton man (those LV airport stores for the Geneva-hopping CEO are always busy) with suits in slate, black and caramel worn with actual shirts and ties (the very thought!), classic coats and solid, smart accessories — as opposed to the sporty rucksacks and bumbags he’s done previously — for the City of London banker instead of the City of Angels skater. 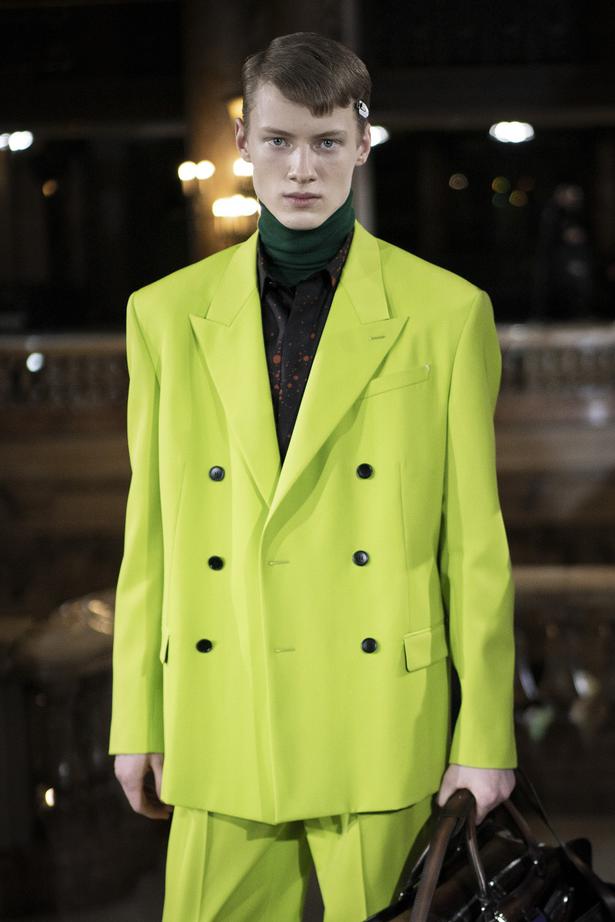 Polo players
Formality has taken a hit in recent years, and with it the need to wear a shirt. Step forward alternatives that work just as well in a formal setting. Berluti’s solution was to pair a polo neck with almost every suit the house presented, in colours contrasting to the zingy bright suits. Hermès also tinkered with the format of a standard shirt, adding a jaunty Gallic neck tie sewn into the shirt as an alternative to collar and tie. 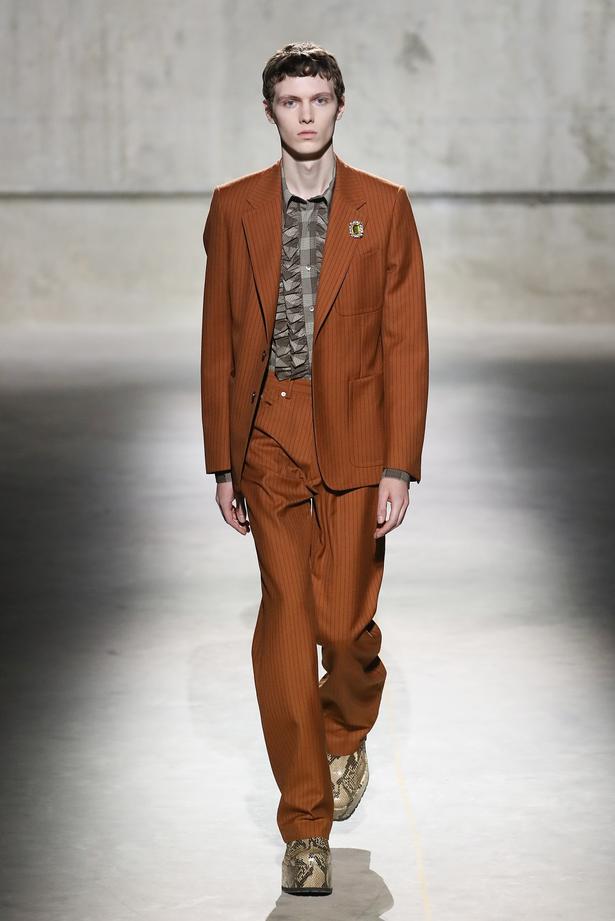 The new hue
“Never wear brown in town” goes the adage. The Parisian designers had something to say about that: the go-to hue for country attire has been applied to sharp, city-ready tailoring. There were rich nutmeg coloured suits at Dries Van Noten and classic chocolate at Deveaux. At Lemaire, different brown tones were layered — a chestnut-shaded blazer with russet trousers, for example. Rules are made to be broken, after all.

The 50-year suit
There’s a lot of talk among contemporary designers about how to modernise the suit; Paul Smith was doing it decades ago, elongating the cut and creating suits in vivid hues. For his 50th anniversary men’s show, he continued that theme. “The collection combines elements from the past and nods to my history,” said the designer backstage.Those suits were updated in cobalt blue, clay and sage as well as the staple of sleek greys and blacks that have seen the British man turn to Smith for his office attire for decades. Of course, tailoring has eased up in a staggering way since Smith began designing, and that was reflected in the blazers worn with denim and pin-sharp raincoats. 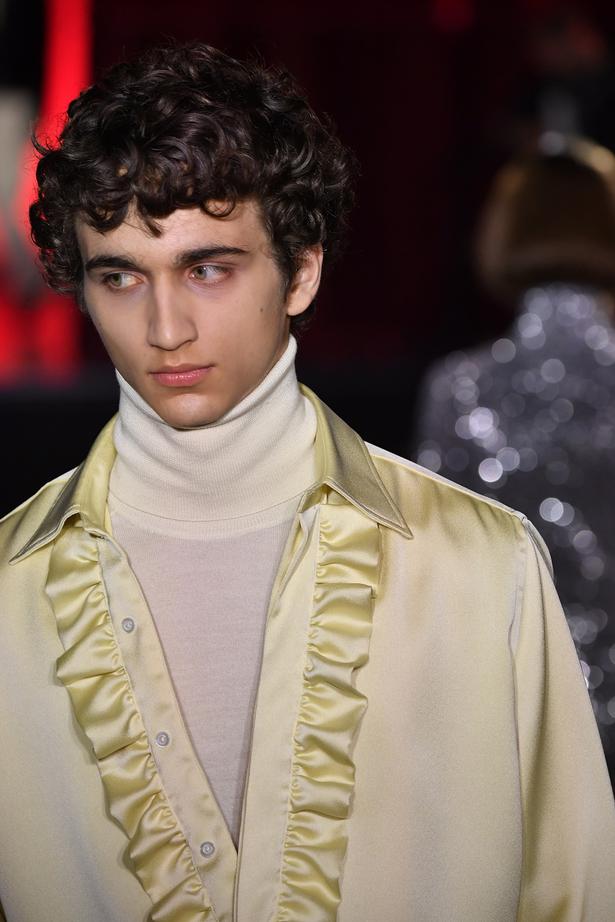 Evening out
Dressing for dinner is increasingly a thing of the past, but some designers’ offerings were an excuse to dress up again. Lanvin focused on ceremonial opera coats with bow ties, while at Balmain designer Olivier Rousteing showed formal coats with contrasting satin lapels and white ties instead of standard black. There were even ruffled-fronted evening shirts at Ami, a cool Parisian label run by Alexandre Mattiussi, whose USP is normally casual ease. Expect dress code rules to be firmly implemented come cocktail hour. Rock-star trousers
It’s tricky terrain: leather trousers on a man are best suited to motorcyclists, unless you’re Rod Stewart or Mick Jagger. But Dunhill has more right than most to make such a suggestion — the label, which decamped to Paris a couple of years ago, is peerless in the world of leather craft and has the skill of an artisanal leather makers in Walthamstow with decades of experience at its disposal. The trousers came in glossy patent and matte leather, but if the idea’s too alarming for you, designer Mark Weston had elegant alternatives in the form of handsome, solid leather coats.

Our workwear report reflects the changes around how we work now — consider injecting plenty of personality via colour, print an...

Step up your daily routine with new-style textures and high-tech ingredients to enhance your appearance and skin health — now a...