When a chef becomes famous you sort of forget how well they can cook. Like, when’s the last time you saw Gordon Ramsay make dinner? He mostly wanders around shouting at gameshow contestants, with the occasional appearance on Graham Norton.

His personality has eclipsed his trade and if you ever met him, you’d probably be more excited about his swearing at you than making you an omelette.

Likewise, Ben Bayly was known as a chef but then became, among other things, a TV presenter and crockery designer. Later he opened a restaurant in Arrowtown but you tended to think of it more as Brand Ben than Chef Ben.

So when Ahi opened in Commercial Bay I thought “great, Ben is really expanding his empire”, without ever really imagining he’d have time to be there in the kitchen. 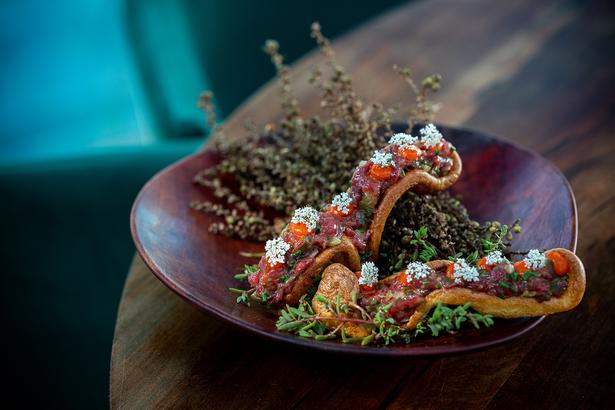 But Ahi isn’t a generic business with a famous owner, it’s a wonderful, wonderful restaurant where the head chef is unmistakably the same guy who, 10 years ago, created food so incredible you couldn’t get into The Grove unless you booked weeks ahead. The food at Ahi tastes as good as it looks, and it looks perfect.

And, yes, Ben himself was here — not doing any knifework per se this lunchtime but energising the staff, filling the room with his reputation and preparing the kitchen for a big dinner service ahead.

I wrote pages and pages of notes about this meal, as tends to happen when I eat food this fine: every dish is an oil painting, every ingredient has a story, each garnish and utensil has been chosen with care and precision. Later I briefed our Viva team on what might look good in photos but I could have just sent them the itemised receipt and said “take your pick”.

I snapped half a dozen phone photos myself and scanning through them now it looks like they’ve all been Instagram filtered.

As I say, it tastes beautiful. On more than one occasion my wife asked the waiter to leave the empty plate because it still had a little sauce at the bottom. (I love this woman: an immaculate Grey Lynn working school-mum who still can’t stop the Hamilton occasionally spilling out; at the end of our typically huge meal she said, with a straight face, “I’ve eaten the right amount of food. I mean, I feel physically sick but I’m not going to throw up.”)

We’d biked into town and had a table in the corner of this huge room, looking out at the harbour as the first heavy rain in weeks rolled in toward the city. The view inside is very good too.

Commercial Bay won all sorts of awards for its modern design but Bayly has worked hard to retain a natural feel inside with, among other things, furniture made from recovered swamp kauri (if you look on your table’s underside you’ll apparently see an inscription with its exact age, but I couldn’t quite find the right time during the meal to get on my knees and go hunting for it). 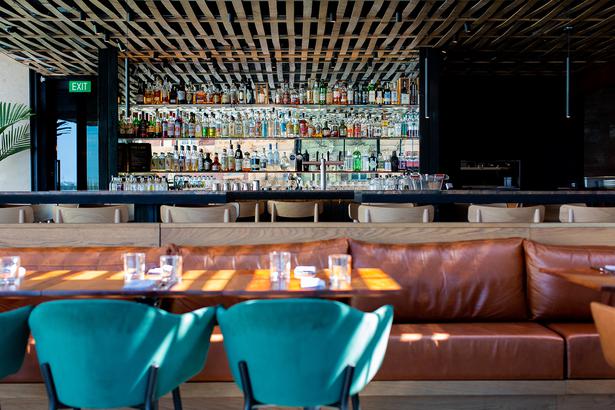 Plenty of Auckland restaurants closed down over summer but Ahi stayed open seven days a week, from noon. That’s hard yakka, even harder when you’re not sure how many people are in town and eating out.

So how was it going? “We had 25 booked and ended up doing more than 60,” said the waiter. This was lunchtime on a public holiday, during torrential rain.

“Anything you’re desperate for a drink of?” we were asked as we sat down, reminding me that I think, during the heady days of post-lockdown, I made a promise in this column that I would mouth-kiss any waiter who offered me a beverage this soon after arrival.

Fortunately, he didn’t seem to be fishing for redemption and went to fetch a glass of bubbles without lingering tableside for a suspicious amount of time. 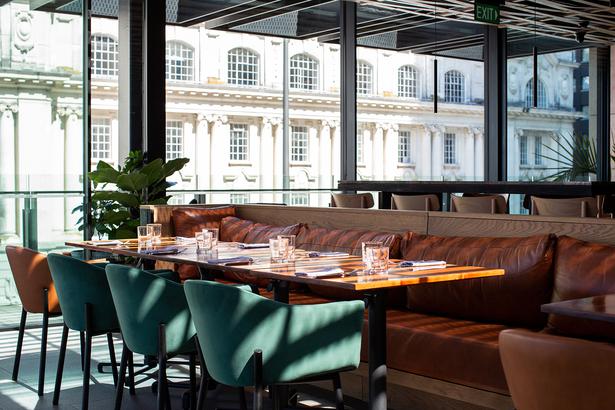 Soon after this, the food started arriving: a battered scampi corndog that tasted of how you remember Friday night crabsticks (versus how they actually were), served with an incredible secret sauce I spent the next day trying to reverse-engineer at home; air-dried leaves of tuna topped with bright salad colours and pickled clams, their brine adding something special to the green sauce (maybe a tomato water?) at the base of the dish; a tempura courgette flower stuffed with goat’s ricotta and served with a Mediterranean medley, each vegetable only just cooked and firm to the bite; ravioli filled with saffron-infused kūmara puree, barely floating on a dark and deep-flavoured crayfish bisque.

We finished with Ben’s take on a custard square, a geometrically exact, incredibly smooth block of custard sprinkled with fine coconut, so it was partly a lamington too.

It was a perfect dessert in a perfect restaurant, where Kiwiana meets continental classicism, and everything is prepared with precision and assembled on the plate with the eye of an artist. New Zealand has no food better than this, nor any greater chef.