Kirsten Gilmour, from Temuka, is the award-winning chef-owner of the renowned Mountain Cafe, tucked into Aviemore in the Scottish Highlands, right in the heart of the Cairngorms, the UK’s largest national park.

Famed for its rugged mountains and seemingly endless skies, the Cairngorms will feature prominently in the new James Bond film, due for release this year. Bond films have served as high-profile advertising for the Highlands in a similar way as the Lord of the Rings films for New Zealand; much of Skyfall was shot in nearby dramatic Glencoe.

“My grandparents first got me interested in food,” says Kirsten. “My granny was a Southlander through and through and was a traditional farmer at Pleasant Point. She did most of the growing while my granddad, who was Hungarian, was really into European-style food so made lots of salamis, sausages and sauerkrauts. It was pretty unusual for New Zealand in the 1980s.

I was really lucky and that kind of cooking has stayed with me now I’m a professional chef. I didn’t appreciate when I was younger how much it would influence me but it has given me a real appreciation of where my food comes from.

“My mentor throughout my entire career has been a chef-tutor called Lindsay Bennett. He put me forward to compete in the New Zealand Culinary Fare and we won gold in the competition. That was really the start of my career as the prize money we won was enough to buy a ticket to the UK at the age of 20.

“Lindsay fixed me up with a job at Chewton Glen, a Michelin-starred restaurant in Hampshire, not far from London. I did three months there and was the only female in a brigade of 28 chefs. I realised fine-dining wasn’t for me, though, so I moved to London and found a job working for Annie O’Carroll, who had been sous chef to Peter Gordon at The Sugar Club. I worked with Annie for 18 months and learned so much about textures, flavours and fusions from her.” 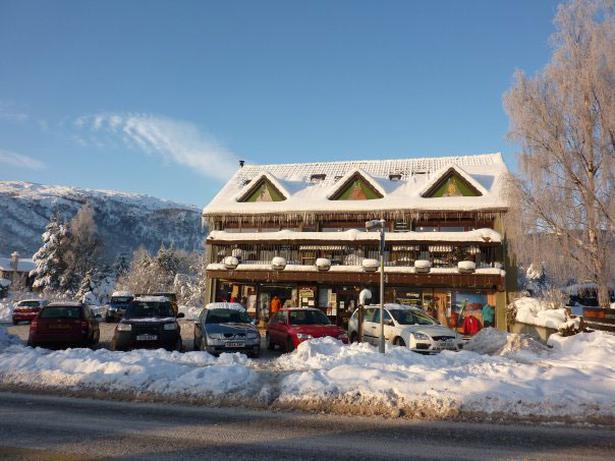 That was almost 20 years ago. Then, in 2001, things changed again when Kirsten headed for a holiday in the Cairngorms. The mountains had one of the best ski seasons in memory. It left Kirsten believing every winter in the Highlands was going to be like the first one, all months of endless pristine snow. The attraction was clear.

“I came to Aviemore to do outdoorsy stuff and take a break from cooking as I was pretty burned out. I met my husband, Al, who’s from near Edinburgh, soon after and we got married pretty quickly. After that we moved to New Zealand for six months and thought about making it permanent but I wanted to be closer to Europe so we came back and I initially worked in the outdoor shop beneath the Mountain Cafe.”

Kirsten wasn’t taken by the uninspiring panini or poor-quality coffee she used to see being brought down from upstairs and wasn’t shy in telling her shop colleagues what she would change about the cafe if it was hers.

As luck would have it, the cafe’s lease became available and Kirsten decided to put her money where her mouth was and, in 2004, bought the Mountain Cafe. One of the first things she did was insist the staff she had inherited shaped up when it came to making coffee.

READ:Why Gin Is So Popular On The Rugged Scotland Island Known For Its Whisky

“I missed that Kiwi culture when it comes to cafes. That’s what I wanted to do, I wanted to create a little corner of New Zealand for myself. And for others as well. I’m really proud of being a Kiwi and I really do think we make the best coffee in the world. We’re pretty good at putting flavours together, using influences from Europe and adding a Kiwi twist to it.

“I just love it here. I made a conscious decision that we would be like a New Zealand cafe and close at 5pm. I can come home and go for a road cycle or mountain bike and be in the hills in 20 minutes and really escape from it all. Being able to do that as a chef is really unusual, so I’m incredibly lucky where we live. 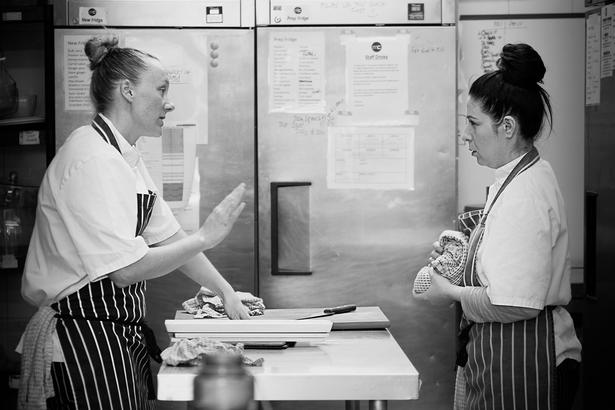 “There are definitely times I’m in chef-mode and think ‘I wish I lived in Edinburgh or had a restaurant there as it would be easier to get more qualified staff and easier to source better quality products’, but then I remember I can be out for a bike ride that night so I just wouldn’t do it.”

At the height of the summer season, the cafe serves around 250 lunches a day and regularly has a queue of people all the way down its stairs, happy to wait patiently for the finest coffee north of Cape Rēinga. Despite the pressures of being so popular, Kirsten is adamant everything must be made onsite and ensures 80 per cent of produce is sourced locally in Scotland. She aims to source as locally as possible to support suppliers in the tight-knit community.

Community spirit was certainly required when the coronavirus pandemic forced the temporary closure of the cafe in late March when the UK went into lockdown. Kirsten had to furlough all her staff and was left with a decision to make: close or get baking in her home kitchen. She chose to do the latter.

“A crisis seems to bring the best out of me and I thrive. I started baking and just doing drop-offs at doors around the village. That proved so popular that I soon started taking pre-orders only and had to un-furlough my pastry chef. It’s been absolute madness in a normal kitchen, baking 45 loaves of bread a day in an oven that takes only three at a time.

“I knew I had to do something and my Kiwi stubbornness and resilience just made me bake.

"I’ve worked a 22-hour day and one Sunday we made 160 cream teas. It’s been crazy. But everyone in the village has been chucking in and doing their bit. Everything’s been so community-focused and it feels like what we’ve done has been really appreciated. Apart from removing millionaire's shortbread from the menu because it was too popular!”