The multi award-winning chef tells Jo Elwin why after a hiatus to focus on his family, he's ready to return to his culinary passions with the opening his new restaurant Mr Morris Gastronomes rejoice, Michael Meredith is back.

Not that he went far - stepping away from the demands of owning and operating his restaurant Merediths but continuing to service and benefit New Zealand's hospitality industry and Pacific Island communities through his many good works.

We laugh that there was time for Netflix and overeating — which led to overgyming — but he purposefully closed Auckland's beloved fine-dining establishment to spend time with newborn daughter Frankie and that he did, for three years.

Michael had no definitive plan to open another restaurant, but says he always knew there would be another one.

"I think you are in hospitality for life. It is part of you. I enjoy it and one of my main reasons to get back into it is to be part of the great hospitality environment that we are creating in New Zealand."

We talk about life and how it can deliver when you plant a seed or share a thought, which Michael says he doesn't really do.

"I tend to keep things on the down-low, but word got out and things really did happen organically."

Sometime after looking at a space in Britomart for a project that he decided wasn't for him, the landlord got in touch to say there was another space that might be of interest.

It was, and it helped formulate the plan for Michael's new restaurant, Mr Morris.

The space, which housed Cafe Hanoi before it moved across the road, is receiving a Nat Cheshire makeover, and it was one of the design architects who connected Michael with Leah Kirkland who will be running Mr Morris' front of house. 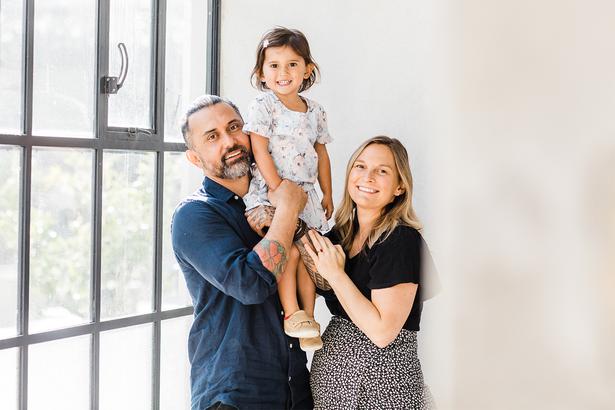 Leah had recently returned from London where she had been managing Clapham's Trinity and Bistro Union restaurants.

Completing the senior team is head chef Fabio Bernadini, who worked with Michael during the early stages of Merediths, and they've had no trouble employing a great support team, which is understandable when Michael talks of his desire to create an environment that encourages young people into the hospitality industry; to view it as a trade rather than a service profession.

"A career that they can be really proud of."

Michael is careful not to pigeonhole Mr Morris.

"The flavour profile will be diverse, reflecting New Zealand's cuisine, which has always been a melting pot of different cultures. I was born in Samoa and the way I cook now is far removed from that, but it influences my thinking and processes. Fabio is Brazilian and has travelled the world so there are flavours that he loves that will make the food exciting. It will be a menu with worldwide influences, just like New Zealand."

Michael has procured an asado grill, which he believes is the first of its kind in New Zealand, so there will be a lot of cooking with fire which, Michael acknowledges, is happening in many restaurants now.

"We've stripped that molecular gastronomy of seven years ago right back to the flame and the flavour of the wood and smoke. We're turning away from the very controlled environments in which we were trained and going back to the roots of cooking. We're going to have a play at Mr Morris and add our own story to it. The bottom line is that it has to be delicious." 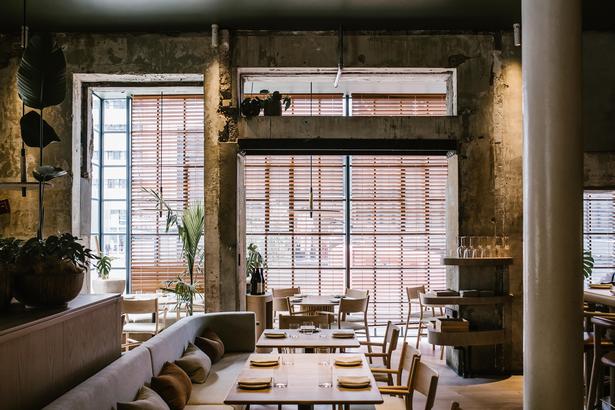 The 70-seat restaurant will have a casual vibe with an open kitchen and bar area that encourages diner interaction.

But there will be nothing casual about the service.

Preferring to say that things will be "less formatted".

The menu is a sizeable one with broad appeal.

Sundays will be lunch only with a four-course set menu that fulfils Michael's desire to offer people a "trust the chef" experience.

The restaurant will be closed Mondays except once a month when Michael will bring back the dine-by-donation evenings that raised $340,000 for charities at Merediths.

A private dining room — Mrs Morris — has been designed as a mini restaurant with its own bar and a fully-equipped Miele kitchen. 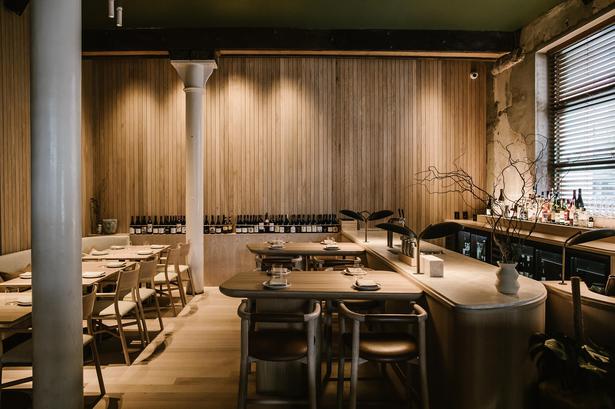 Behind the Mr Morris name is a touching story of Michael's life and business partner Claire Baudinet's uncle Ray Morris who passed away unexpectedly during the restaurant's initial planning stages.

"Ray was one of my biggest fans, always praising my food. Mind you when Claire would cook something basic, he would praise her too!" Michael laughs.

"That's the way he was, he loved food. It's us honouring him."

Mr Morris' opening in mid-November is close to the birth of Michael and Claire's son in January.

When I mention bad planning, he laughs and says that it was going to be good timing before Covid set the restaurant back five months.

He's delighted the baby is a boy, giving credit to his time away from the kitchen.

"There is a theory that chefs have a lot of girls because they are working around heat and flames and I have been blessed with four daughters."