Actress Anya Taylor-Joy On Acting, Equality And Her Beauty Ethos It’s an interesting sentiment for a young actress who’s previously been typecast as a scream queen. Anya Taylor-Joy, who cut her teeth with roles in the period horror film, The Witch, and mind-bending thriller, Split, is encouraging others in the industry to continue to use their position to be heard.

“It’s really exciting to be part of a generation that is actively clamouring for equality, and saying: ‘It’s not about being better than the other. It’s about giving everyone equal opportunities to be the person they want to be’.”

It’s further proof that the new talent taking over Hollywood won’t settle for the issues that plagued their predecessors.

The Argentina-born, London-raised actor possesses the kind of wisdom and drive of someone 10 years her senior.

She’s opinionated, yet sentimental and warm.

“Don’t shut anybody down,” she says. “There’s room for everyone at the table.”

Anya has secured her place at the table as part of the new wave of actors who are fighting back against poor standards for women in Hollywood, and shifting the dialogue around feminism in 2019.

Equality has been a common theme since the #MeToo movement surfaced in the wake of the Harvey Weinstein allegations in 2018. But Anya hopes that the impacts are more far-reaching than Hollywood.

“I hope that this isn’t solely just for actors; I would like to believe that this is a movement we’re all going on as womankind,” she says. “We need to learn that it’s okay to be difficult. To reclaim that word ‘difficult’, as in not being agreeable to everything because you think you have to be soft or a certain version of femininity.”

Anya has racked up 26 movie credits in the past four years, as well as a starring role in the upcoming X-Men spin-off, The New Mutants. Taking over the Marvel universe is just the first project in 2019 that Anya hopes will challenge people’s perception of her. 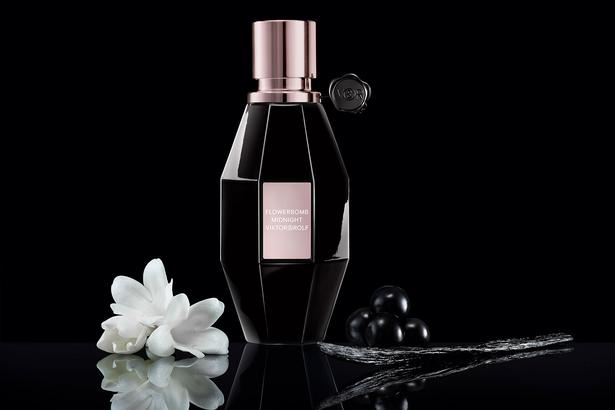 “I’m an actor because I love to become other people. I’ve never been drawn to a certain genre, it just so happens that the characters that have called my name have been from pretty dark worlds. But now I’m following different characters into more upbeat genres, and I’m interested for people to see me that way,” she says.

For her next role, Anya will be the face of Viktor & Rolf’s newest fragrance: Flowerbomb Midnight. It is a fresh version on its namesake, with notes of blackcurrant, pomegranate, night blooming jasmine, peony, vanilla and musk.

After moving to London from her native Argentina when she was 6 years old, Anya remembers visiting Harrods and being awed by the black and pink ribbon on a perfume bottle. “I couldn’t speak English but the name of the fragrance stuck — Viktor & Rolf Flowerbomb. It all feels a bit like fate,” she says.

Anya was first introduced to the world of aromatherapy by makeup artist and friend Natalie Leni, who inspired her to explore fragrance layering. It’s something that’s carried through much of Anya’s adult life.

“I start with a base fragrance that I always wear. Then I’ll layer up with a couple of essential oils. If I’m feeling like I need a bit of a perk up I’ll add in some grapefruit or citrus extracts. Or if it’s night-time, my go-to is lavender oil and during the day it’s peppermint for focus,” she says.

One glance at Anya’s Instagram feed and it’s apparent the other-worldly beauty is as comfortable in neon eyeshadow as she is a purple wig. Her playful nature means she loves to experiment with makeup, playing up her elfin features.

“This Anya is pop arty and fun. There’s always an element of extra — why don’t I wear floor-length hair extensions and a crown?” she says.

On her days off, Anya says she prefers to let her skin breathe. “I believe in good skincare — cleanser, toner, moisturiser and sunscreen. But other than that, I don’t wear makeup,” she says.

Anya, who recently celebrated her 23rd birthday, maintains she’s a tomboy at heart. “I loved watching my mum put on makeup, but I would take the lipstick and draw Rambo marks on my face,” she says.

A busy schedule means Anya spends much of her time living out of hotels but she always makes an effort to restore a sense of normality. “I have candles and pillow spray to make it feel more like home,” she explains.

No matter where she is in the world, Anya says her night-time skincare routine helps ground her. “It’s not just about taking good care of your skin. It’s important to take time for yourself and do the things that you know will make you feel better. I’m all for those self-indulgent moments,” she says.

• Flowerbomb Midnight EDP is available in 50ml and 100ml sizes, from $162, from selected department stores nationwide and online at Farmers.co.nz or Lifepharmacy.co.nz.

How To Craft Your Own Beauty Products At Home

Set some time aside to embrace your inner alchemist with Eleanor Ozich’s homemade soap, body butter and perfume balm