We’re all binge-watching Bridgerton, and The Great brought a fresh spin the famous Catherine last year, but while purists might question the accuracy of the fashion in myriad historical shows screening this summer, for most, however, it’s about bringing the past to life in a creative and new expressive way.

Thanks to all the money sloshing around those streaming networks, there have never been so many lavish costume dramas to gorge on. In the comet-tail afterglow of Netflix’s mega-bucks Bridgerton comes The Great, a “factionised” account of Catherine the Great and her husband Peter, the considerably less great. It stars Elle Fanning and Nicholas Hoult, and shares a co-producer with The Favourite.

That last detail tells you a lot. Like The Favourite, The Great makes virtue of its playfulness and skilful flouting of the “rules” of historical accuracy. It opens in 1745 when 16-year-old Catherine, nee Sophie, arrives in Russia from Prussia, costumes and hair sliding all over the historical time zones. She’s a pastel-clad, blonde ingenue reminiscent of that other 18th-century pastel-clad ingenue, the 14-year-old Marie Antoinette, who haunts almost every frame of Sofia Coppola’s eponymous 2006 film.

As with The Favourite, The Great gives the impression that its breaches of accuracy aren’t the results of ignorance or sloppiness but a studied attempt to breathe new life into what has often been dismissed as a faded genre.

Every decade has its own way of interpreting the past on film. The Nineties took pride in strict accuracy. In Ang Lee’s 1995 version of Sense and Sensibility, Hugh Grant, Emma Thompson and Kate Winslet were given detailed lessons on early 19th-century deportment so they moved correctly. 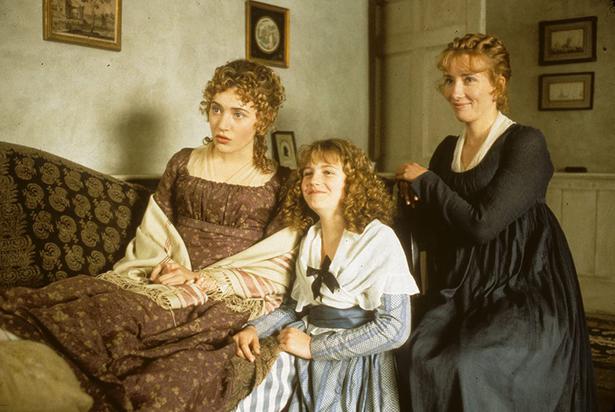 These days, interpretations are more lateral. Soundtracks and fabrics are deliberately anachronistic (Bridgerton features a stringed arrangement of an Ariana Grande song). Provided there are enough knowing references and correct period details to make the audience feel they’re being talked up rather than down to, and assuming the aesthetic “feels” right, many viewers, including historical experts, are happy to approve of these shows.

READ: Bridgerton Style – How To Make The Period Drama's Biggest Trends Work In 2021

“The silhouettes are good in The Great,” says Bernadette Banner, a fashion historian whose hugely popular assessments of recent costume productions on YouTube testify to the interest in the subject. “They were wearing proper undergarments so everyone was positioned properly.” 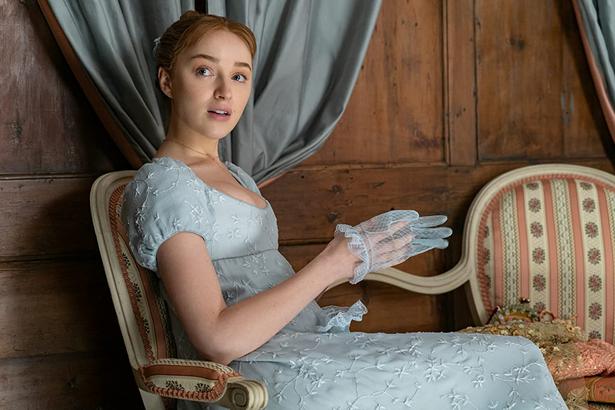 She’s less impressed by the hair and make-up in the first episode but, as the multi-Oscar winning costume designer Anthony Powell once said, “if you showed audiences how people really looked in the 18th century they would be repulsed — or so distracted they couldn’t concentrate on anything else”.

Besides, what is absolute accuracy? Portrait painters often heavily varnished the truth (or their skills simply weren’t up to the job) so we’ll never know for sure what Anne Boleyn or Catherine the Great looked like.

The important thing is that we gain insight into their characters and context. That’s why for many, the daring costumes in 2018's Mary Queen of Scots were the best thing about what was an otherwise ploddy retelling of a familiar story. 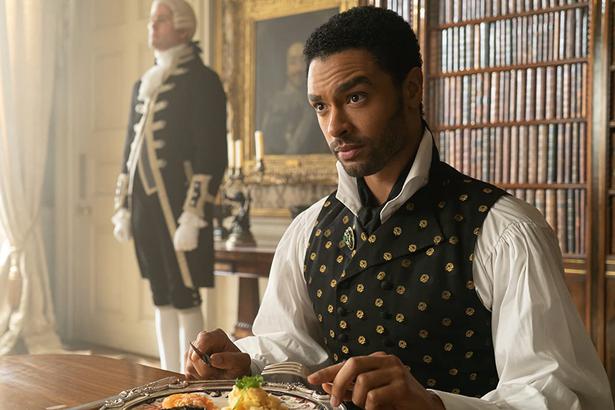 There’s no evidence that Mary, played by Saoirse Ronan, had multiple ear piercings, as she does here, but they indicate a punkish spirit. And I’ve never seen a portrait of Mary with a hairdo like the one she and her ladies-in-waiting wear when they arrive in Scotland from the French court — featuring a kind of French hood made from their own hair.

“There are very few portraits of Mary,” explained Jenny Shircore, who designed the hair and make-up for the film. “So I researched the entire period and then made up my own story around that. It’s my interpretation of what Mary Queen of Scots would’ve done.”

The effect is as arresting for a 21st century audience as it probably was for Mary’s restless subjects. Job done.

Arguably it was Coppola’s fast-and-loose Marie Antoinette (so controversial when she debuted at Cannes in 2006) that set the standard for today’s “post-truth” historical bodice-rippers, which are less interested in slavish accuracy than forging a deeper emotional connection with contemporary audiences. 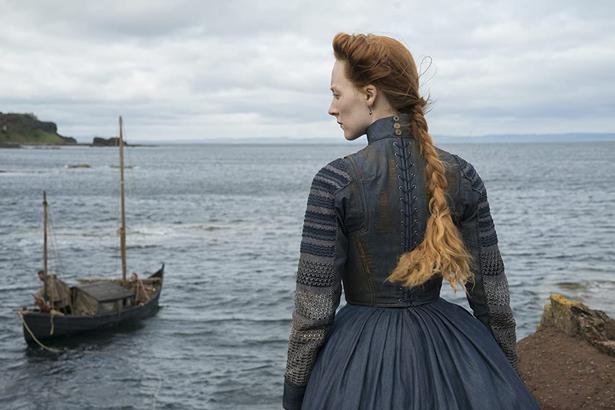 Emma Fryer, The Great’s costume designer, says she was particularly inspired by the V&A’s 2019 Dior exhibition. Coppola, meanwhile, always said she was trying to get to the heart of how it must have felt to be a teen queen suffocating in an alien court and simultaneously seduced by its deadly extravagance.

Coppola may have been more influential than even she hoped.

When I first saw the Bridgerton trailer on YouTube — I kept returning to it, as a sugar addict revisits the Quality Street tin — I felt almost sorry for the BBC. All those sumptuous velvets and brocades — and that was just the Duke of Hastings’ waistcoats — must have cost the equivalent of the Beeb’s entire annual news budget. 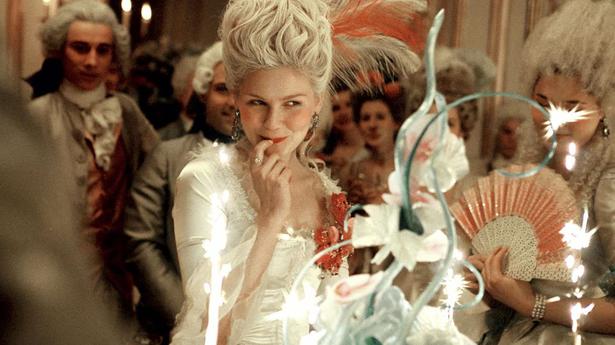 They seemed as wilfully wrong as the wisteria draped across all those exquisite Georgian facades, no matter the season. Do they really think audiences are that ignorant?

Then I got over myself. Bridgerton, set in 1813, has its faults, but the costumes aren’t necessarily among them. People are clearly engaged with the aesthetic. Searches for wisteria plants have soared by 300 per cent on eBay. Corsets by 39 per cent.

Not everyone is a fan. Queen Charlotte’s anachronistic panniers and tall wigs have incensed some viewers far more than the series’ fantastical reimagination of black history.

But Queen Charlotte represents the older generation, so her clothes could plausibly have been stuck in a previous era. Maybe she was the original re-wearer? 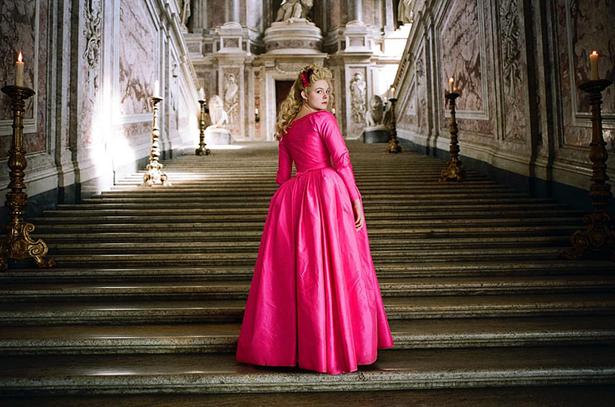 Others were so outraged by the corsets when “everyone knows corsets weren’t worn under Empire line dresses”, they switched off.

Yet corsets were worn under Empire lines. Those “simple” shifts of the French Revolution still required cantilevering. Corsets were shortened and rebranded as stays. Their function wasn’t so much to shrink the waist as to push up breasts and improve posture.

By 1820, dandies wore them, too. So did some children. Metal was introduced into their construction and their manufacture was considered so physically demanding they could only be made by men until the latter half of the 19th century.

In the end, the clue’s in the name — costumes are critical to a costume drama’s success, not just as sugar-coating but for what they reveal about character and the social mores of the time. No one wants to see zips in a Jane Austen or Uggs in a Nancy Mitford, but while purists may never be satisfied, the rest of us will settle for illuminating diversion.