40 years ago, with a dark backdrop of rascism and homophobia, Diana Ross’ strength and determination resulted in the launch of one of her greatest albums

Every great pop star understands the need to evolve in order to remain relevant and, by 1979, Diana Ross knew she was due another reinvention. Though still only in her mid-30s, the Detroit-born singer already had 15 years of hits under her belt - first as lead singer in the Supremes, then as a solo star who’d recorded everything from Marvin Gaye duets to Billie Holiday covers.

But it had been three years since her last top 10 single, the disco classic Love Hangover, so Ross stepped away from her regular collaborators Brian and Eddie Holland and went in search of someone who could take her music in a new direction. Having seen for herself how Chic’s funky hits, such as Le Freak, would fill the dance floor at the New York nightclub Studio 54, Ross recruited the band’s creative duo, Nile Rodgers and Bernard Edwards, to write and produce her next record. The result, Diana, released 40 years ago this month, would become the most highly regarded and biggest-selling album of her career.

It sold more than 10 million copies and spawned two era-defining singles, Upside Down and I’m Coming Out, tracks that have been sampled since by artists including Salt-N-Pepa and The Notorious BIG. But while the album’s sinewy disco grooves and ebullient vocals still sound effortless today, the recording process was anything but.

READ: My House Star Tati 007 On The Future Of New York’s Ballroom Scene

Rodgers has worked on hundreds of albums over the years since, collaborating with everyone from David Bowie to Madonna to Grace Jones but he identifies Diana as “the most difficult record I’ve ever made in my life”.

By 1979, Rodgers and Edwards had already produced a successful album for Sister Sledge - We Are Family, released in January that year - but as the jewel in Motown’s crown, Ross was, Rodgers acknowledges, “the first bona fide star we’d worked with”. The duo had, after a number of heated rows, managed to persuade Sister Sledge to sing lyrics they didn’t particularly like. But, recognising Ross as an artist unlikely to back down so easily, they decided to take “a more personal approach” to her album, proceeding almost as if they were making a documentary about the pop diva.

“Bernard and I talked endlessly with [Ross and] went to her apartment to see who this woman was,” Rodgers recalls in the liner notes for the album’s 2003 deluxe edition. “Once we met her and became friends, she started to reveal things about herself that no one knew. No one understood that she was driven, complex and intellectual.”

Rodgers and Edwards then used Ross’ own words as the foundation stones for the songs on the album: Upside Down was inspired by her stated desire to “turn her career upside down”, while Have Fun (Again) reflected her intention to do just that.

And then there’s the second single, I’m Coming Out, which Rodgers and Edwards wrote after a visit to a New York drag club. “I went to the bathroom and I happened to notice on either side there were a bunch of Diana Ross impersonators,” explained Rodgers to Billboard magazine in 2011. “I ran outside and called Bernard and told him about it and said: ‘What if we recognise Diana Ross’ really cool alignment with her fan base in the gay community?’”

WATCH: Diana Ross Performing I'm Coming Out and The Boss (1981)

Rodgers and Edwards ostensibly wrote I’m Coming Out to capture Ross’s sense of creative emergence “from under the thumb of the label”, Motown, which was still headed up by her former flame Berry Gordy and the song certainly works on that level. But its subtext is difficult to miss - and made it a sure-fire gay anthem from the start.

When Ross took an early rough mix of the track to Frankie Crocker, a highly influential New York DJ, he told her he “hated” it. Rodgers recalls Ross coming back to the studio and asking him: “Why are you trying to ruin my career?” She also asked if they’d deliberately tricked her into making “a gay record” and whether fans might misinterpret it as a declaration of her own sexuality. “It’s the only time I’ve ever lied to an artist,” Rodgers has said. “I looked her straight in the eye and said: ‘Are you kidding?’”

At the root of Ross’ discomfort with I’m Coming Out was the growing popularity of the so-called “Disco Sucks” movement, a backlash against the musical genre catalysed by a disgruntled Chicago radio DJ, Steve Dahl, who had been sacked when his station stopped playing rock music in favour of disco. After Dahl was picked up by a rival station, he made espousing anti-disco sentiments a fundamental part of his show.

Dahl’s anti-disco campaign proved popular with traditional rock fans who’d grown increasingly suspicious of this new musical style that had sprung from underground nightclubs and on to mainstream radio. It also attracted the attention of Bill Veeck, owner of the Chicago White Sox baseball team, who collaborated with Dahl on an infamous publicity stunt known as Disco Demolition Night.

On July 12 1979, tens of thousands filled the White Sox’s stadium to watch a crate of disco records being blown up between baseball games. So many fans stormed the field after the detonation that the second game had to be postponed.

There was a nasty undercurrent to all this. Disco Sucks wasn’t just about disco supplanting rock music on the radio; it was a way for some white American males to express their disapproval of a genre originally rooted in black and gay culture.

“When that happened it was because they hated gay people, they hated black people and women,” Rodgers would recall decades later. “Look at the pictures of who was there at that Disco Sucks thing. There ain’t a gay person in that baseball stadium, there ain’t a black person there and it was a sell-out: 70,000 people.”

Early in her career, Ross, who’d grown up in Detroit’s impoverished Brewster-Douglass Housing Projects, had gone through Motown’s famous finishing school, taking etiquette and deportment lessons as part of the label’s plan to make the Supremes palatable to conservative white audiences.

She wasn’t about to squander her hard work by aligning herself with a genre that was now becoming toxic. So with Disco Sucks capturing national attention, Ross and Motown initially rejected the album. “They took the record from us and told us they weren’t gonna put it out,” Rodgers has said. “They told us it didn’t sound like a Diana Ross record. We had to sue them - we had to go to court to force them to put the record out.”

Though Rodgers and Edwards won this first battle with Ross and Motown, they would lose the next. Still unhappy with how the tracks sounded, Ross asked Motown engineer Russ Terrana to remix the entire album behind their backs. Terrana had been working with Ross since her Supremes days, and knew “the kind of excitement” she liked her music to convey.

Feeling that the album sounded “like a Chic album with a Diana Ross voice” on it, Terrana transformed it into “a Diana Ross album” by making her vocals more prominent, removing extended instrumental sections and speeding up the tempos. 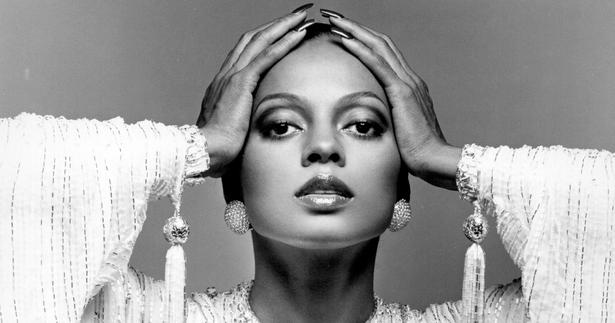 Diana was still a disco album, but it now had a punchier sound that would anticipate the harder-edged dance-pop of the following decade. Forty years on, it’s still thrilling to listen to it. Still, Terrana’s work didn’t thrill everyone. Rodgers says he was “devastated” and “in tears” when he first heard the new mix - at one point, he and Edwards even considered having their names removed from the credits.

Of course, he’s now relieved they backed down and kept their names on it: “Thank God cooler heads prevailed and said: ‘There’s something great here but it has to be made more accessible.’”

Despite their fractious working relationship, Ross and Rodgers reunited for her 1989 album, Workin’ Overtime, albeit with less commercial success. Last year, they performed I’m Coming Out and Upside Down together at a New York hotel opening.

In retrospect, Rodgers also credits Ross with transforming his career, paving the way for his future collaborations with Bowie and Madonna.