The topic of self-representation and identity is an important conversation to consider in today’s climate, and for a small group of creatives from migrant backgrounds, balancing living in a Western society with cultural expectations offers plenty of insightful discussions about what it means to be a person of colour living in Aotearoa today.

Zine culture has long provided minorities with a platform to speak out and share their experiences. Amplifying the voices of migrants of colour and giving them a platform to share their narrative is what Migrant Zine Collective founder Helen Yeung and her team are passionate about.

“We wanted to have space where migrants could share their stories and experiences without being filtered or silenced,” says the 24-year-old, Auckland-based writer and illustrator, whose family comes from Hong Kong.

“Whatever contributors want to say is fine; if you’re angry, you’re angry. If you’re sad, then you can write about that. Often the mainstream narrative about migrants is centered around being forever grateful. So I started Migrant Zine in 2017 because I felt like there was no space for people of colour and diaspora to voice themselves with their own stories. Zines are the perfect medium to do that because they are small and you can circulate them around the community.”

With a passion for curating zines, Helen is also completing a Masters of Communication Studies at AUT, specialising in digital media, through activism and storytelling, focusing on critical issues such as feminism, identity and equality.

At a time where social media has become a platform to call out transgressions, particularly around racism, Helen believes it’s also an opportunity to provide people with helpful information. On the Migrant Zine Instagram page for example, a link takes people to a shared document created by Asian activists from Migrant Zine Collective detailing helpful anti-racism resources for diasporic communities in New Zealand. “Digital media has definitely provided this space for activists to connect on Instagram” says Helen, “and it’s become much more accessible.” 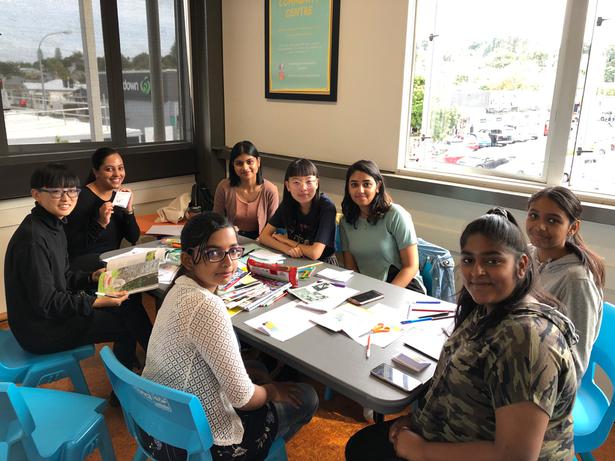 "When we workshop ideas, people come together and then create a page; whether it’s writing, drawing - whatever they want to do." Photo / Migrant Zine Collective.

Helen, along with organising member and workshop facilitator Jasmin Singh, manage a small but passionate team of contributors who facilitate conversation among the zine’s community.

“A lot of our zine ideas are things that we discuss everyday, and allow us to channel this into a workshop or an online callout,” explains 24-year-old Jasmin, who also works full-time as a mental health support worker, and recently completed a Masters degree in criminology.

“When we workshop ideas, people come together and then create a page; whether it’s writing, drawing - whatever they want to do. Afterwards we scan it and put it together in a certain format."

"Alternatively, we do online callouts where people send in their submissions and then we put them together. One of the most recent ones we had was Recipes For Resistance; that came out during lockdown, giving communities of colour an opportunity to share recipes unique to their culture.” The birth of zines during the 1960s and 1970s as activist material is an element of zine-making Helen and Jasmin bring to the work they do with the collective. “Zines stemmed from the activist movements during this period,” says Jasmin. “Like the feminist and anti-racist movements, so we’ve tried to stick to that.”

“Most of our zines are about migrant experiences, racism, and sexism,” says Helen.

Over the years, zines have also had a gentrified makeover too, moving away from their lo-fi roots, co-opted by middle-class hipsters.

“We’ve seen a shift in recent years towards a graphic design-based approach as opposed to these grassroots kind of messages. We personally love supporting more of the political messaging of zine culture, because that’s where zines foster a community, and they’re accessible to a lot of people. When it comes to graphic design zines or photography zines, you lose a little of the essence of that small circulation empowerment." 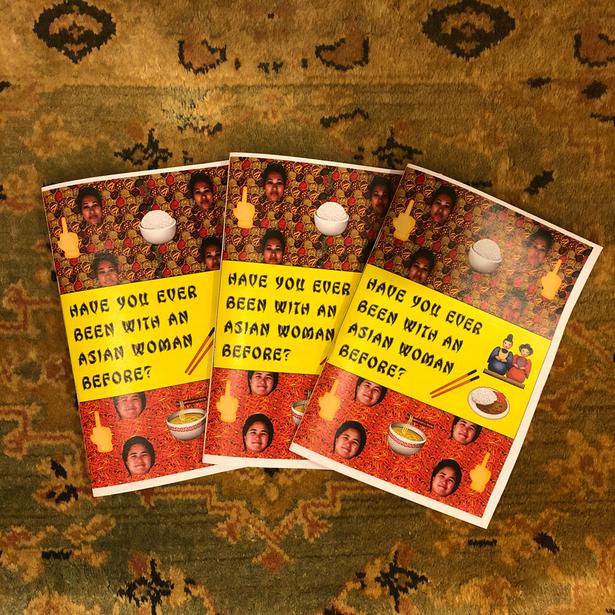 Helen Yeung started Migrant Zine in 2017 because she felt like there was no space for people of colour and diaspora to voice themselves with their own stories. Photo / Migrant Zine Collective.

Helen and Jasmin also enjoy fashion and beauty, both topics that provoke plenty of discussion among their zine community. During New Zealand Fashion Week in 2019, the collective instigated a print-making workshop hosted in collaboration with the Central City Library and New Zealand Fashion Week, focusing on sustainability and identity. Participants were asked to print a pattern inspired by a recognisable fabric design, over-layed with illustrations, collage, prose, poetry, ranting, questions in line with the theme. The artworks were later scanned and collated into a zine, now part of Auckland Central City Library Zine collection.

A post shared by Migrant Zine Collective (@migrantzinecollective) on Jun 7, 2020 at 6:50pm PDT

“Growing up I wasn’t really allowed to wear makeup,” says Jasmin. “I moved to New Zealand when I was 16 and my style at the time was quite tragic. I mostly wore jeans and T-shirts until I was around 17."

"As I’ve gotten older and more used to living in a country with seasons, my style has also developed and changed. My mum had a huge influence on my style, through her own looks in the 90s, and the stuff she would pick out for me and my sister. Tumblr, Instagram, and fashion and beauty channels on YouTube greatly influenced me in my teens and are now my main sources of inspiration."

“My makeup has always been quite simple, but I’ve started experimenting more with colour recently, which has been fun, through inspiration from these channels as well. I think my style has been one of the key ways I’ve been able to connect with my mum despite the distance that’s always between us, and also a way for me to express my own creativity and identity." 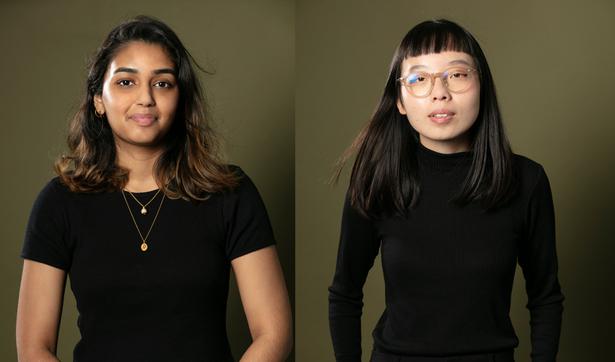 “Even now I send her my outfit pictures to show her my look or how I’ve styled a particular outfit with my jewellery or makeup. It can be a hit or miss though, sometimes she approves and thinks it’s a hit, other times she’s horrified. I find it hard to describe my style but it’s a mix of 90s and street style, and I like to mix feminine pieces with more masculine ones.”

For Helen, exploring identity through fashion is another extension of the migrant conversation. “My parents and I migrated to Aotearoa before I was one."

"I grew up in a Chinese migrant family with values strongly influenced by traditional cultural norms and how girls were supposed to act,” she says.

“Through my early teens, there were restrictions on what I could wear, and this included no make-up, and a wardrobe mostly selected by my mum. But this changed for me in high school when I was introduced to the magical (now slightly cringe) world of Tumblr and indie fashion blogs."

“This was where I first discovered sewing, goth subculture, street fashion from Harajuku, along with punk and the Riot Grrrl scene from the 90s. Like many others, I went through a goth phase where I applied rigorous amounts of eyeliner, and held together my uniform with safety pins."

READ: How Tokyo Locals Have Rewritten The Rules When It Comes To Fashion

“Thinking back, fashion and beauty was a significant site of resistance for me; not only was it my own personal rebellion against the norms I was brought up in, it was also a stand against the racism and stereotypes I faced growing up in a Pākehā-dominated area."

"This helped me create a space for independent expression, away from the expectations I had from my family and Pākehā peers. Nowadays, while I continue to incorporate elements of what I used to love into my wardrobe, including the numerous pairs of Docs I’ve worn down over the past decade, I also have a love for muted colours and a more minimalistic, gender-neutral style. This continues to reflect and shape my evolving identity as a woman of colour in Aotearoa.”

To keep up to date with what the Migrant Zine Collective are working on or to show your support, visit Migrantzinecollective.com.