From Anna Wintour's apology to cult labels shamed and exposed for their transgressions, the time is up for fashion's systemic racist behaviours

If the fashion industry thought lockdown represented a peculiarly C21st kind of Armageddon, it is now rapidly revising its idea of what Armageddon looks like. Three months of closed stores, tanking share prices (profits at Richemont down by 69 percent) and the decimation of household names such as Laura Ashley or Neiman Marcus, must now seem like challenging but tractable logistical problems compared with the moral quagmire many brands now find themselves in, as first-person accusations of racism and detailed records of systemic failure to deal with institutionalised prejudices rain down on them like toxic bullets.

On Wednesday, it was the turn of Anna Wintour, fashion’s most famous pillar, to issue an apology for lack of diversity at American Vogue, after she came under pressure from previous employees of colour. “I want to say plainly that I know Vogue has not found enough ways to elevate and give space to Black editors, writers, photographers, designers and other creators. We have made mistakes too, publishing images or stories that have been hurtful or intolerant. I take full responsibility for those mistakes.”

That probably won’t be the clean line that Wintour hoped for. Shelby Ivey Christie, who worked as a media planner at US Vogue in 2016 tweeted that her time at the glossy was “the most challenging and miserable” of her career, adding that bullying from white colleagues was “exhausting”. Christie’s experiences at Conde Nast appear not to have been isolated, judging by others who have added their own testimonials . Of course, thoughtless treatment of staff is not confined to people of colour either, but the fact that there have been many unhappy white former Voguettes doesn’t excuse a discriminatory corporate culture.

Andre Leon Talley, a Black man from a deprived background in North Carolina, rose to be creative director under Wintour’s watch, but that won’t help: The Chiffon Trenches, his best-selling, recently published memoirs are essentially one long J’accuse directed chiefly at Wintour. While he doesn’t explicitly say his former boss was racist, he makes it plain that the industry has deep problems when it comes to diversity.

A mea culpa from Wintour, a woman who, in her 30 years at the top of Vogue, has always fastidiously positioned herself on the “right” side of history – raising millions for the Obama campaign and featuring Michelle Obama on her cover three times - feels big. The questions and whistleblowing aren’t going away any time soon, particularly as race discrimination doesn’t seem to be confined to older generations. 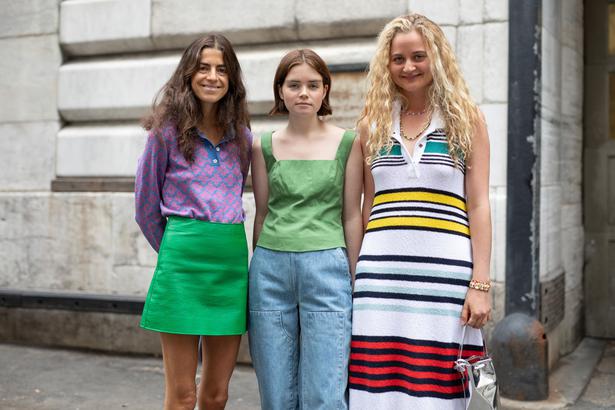 On Wednesday night, Leandra Medine, aka the Man Repeller, a 31-year-old style blogger turned influencer-mogul previously feted by the industry (and to a younger cohort, probably more influential and relevant than Wintour), stepped down as CEO of her company after criticism over the lack of diversity in her team. The events of the past two weeks have seen a tidal wave of emotion and politicised anger sweep across the normally safe, tightly martialled spaces traditionally occupied by fashion.

Brands that obsessively curate their imagery and heavily police negative comments can only watch in consternation as their Instagram feeds become a mixture of priestly confessionals for those with suppressed grievances and a very public form of the stocks. Hedi Slimane, the controversial creative director at Celine who expressed sympathy with the Black Lives Matter movement has been lashed for his alleged antipathy towards Black models.

Accusations and allegations are everywhere. Anthropologie, is accused of having a code name for its Black customers - “Nick”. Moschino allegedly talks of “serenas”, whilst it's claimed Zara refers to “special order” and Versace to D410, the colour code they use for black shirts. None of this has been substantiated – nor, as yet, denied.

Louis Vuitton, which (with spectacularly clunky/unlucky timing) launched a new bag just after the death of George Floyd, got a drubbing for harnessing the combined forces of its pretty, mainly white influencers to gush over the bag, just as the rest of Instagram was filling up with pictures of the demonstrations and riots sweeping across the world. 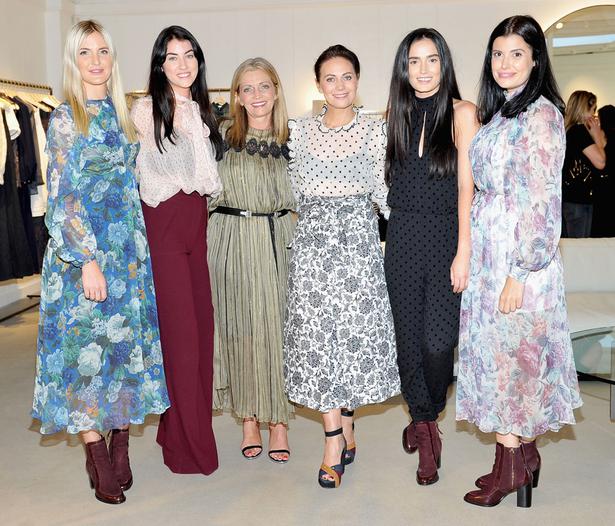 Zimmermann, Australia’s most successful luxury fashion brand with stores across the world selling its wafty boho dresses, has been lambasted for a leaked document from a former employee detailing the exhaustive, obsessive compulsive minutiae of its rules about how the sales staff in its boutiques should look. No braids, no cornrows, no frizz… to many observers, the Zimmermann rules make it all but impossible for Black women to work in their stores.

Many of the companies now being held up for ridicule – amidst calls to boycott them – are the same ones that a week ago, were posting messages of support to the Black community, a move that has proved problematic for some, as they are now being eviscerated for empty virtue signalling, or performative allyship, as it’s now called.

Leading the charge against the establishment – and it seems currently that a lot of the establishment needs to change its ways – is @diet_prada, an Instagram feed that started out as an informative, fashion nerdy must-read that catalogued the industry’s institutionalised plagiarism. Over the past months, the feed has become increasingly angry and political, a magnet for those wanting to unburden their grievances. Not that @diet_prada hasn't had its own internal controversies, as when it accepted an invitation from Gucci to take over the latter's account, leading to criticism that in doing so, diet_prada had abandoned its vaunted objectivity.

While many of their testimonials are compelling, the unchecked and often unguarded outpouring of comments masquerading as “facts” posted beneath runs close to vigilantism. A post about the policewoman thrown from her horse in London after some protestors threw a bike with the caption: “Horse knocks officer into streetlight in an act of solidarity with the BLM movement” garnered hundreds of appreciative comments and laughing emojis. No mention that the police woman suffered a collapsed lung, broken rib and collarbone…

Meanwhile, brands and individual influencers seem at a loss as to how to step through the ethical tangle they now find themselves in. Being Black is no guarantee of “right thinking” behaviour. Virgil Albloh, the Black Creative Director for Louis Vuitton’s menswear has been under a lot of fire, not least for the modest size of his donation - $50 - to the #BlackLivesMatter campaign (Abloh later released a statement on Twitter to say that overall he had donated $20,500 to the cause and that the $50 was part of a challenge with friends).

In the immediate aftermath of Floyd’s shocking death, many white fashion voices vowed to do better. Doubtless, some meant it. White influencers posted recommendations of educational books they’d suddenly discovered while copying and pasting texts about their white privilege.

Some are following through, giving their platforms over to Black voices. Others, like Carine Roitfeld, the 65- year-old former editor of French Vogue who posted a picture of herself with her “friend”, the 22-year-old Black model Anok Yai, have been roasted for using Black people as “props”. Yai herself gave a more considered overview of the post in an essay she wrote for O, the Oprah magazine, which was published on Tuesday. “A lot of people have asked what my reaction was to an insensitive post from a friend of mine on Instagram last week… Of course, it was jarring - and it was just one of many similar microaggressions I’ve experienced during my time in fashion. But the bigger point I’d like to focus on is that the fashion industry needs to become educated…and fast.” She’s not wrong there, particularly about the fast bit.

Recent comments on @diet_prada range from the hurt to the incandescent. Resignation is turning to a much more proactive “burn the house down”, “fashion is dead” fury.

Bang on cue, the American-owned Hearst publishing company, after months of failing to appoint a successor to Glenda Bailey, the British former editor of American Harper’s Bazaar, announced the hiring of the magazine’s first Black editor-in-chief - Samira Nasr, a woman so evidently well qualified for the job one wonders why it took them so long. One thing’s for sure, the industry cannot sit this one out.