Including an icecream-hued hotel, an effervescent trattoria and an edgy arts precinct

If the late photographer Slim Aarons was visiting Australia, Brisbane’s Calile Hotel would be his first and possibly final port of call. The definition of chic, from its spectacular pool deck and palm-shaded cabanas to its ice cream-hued rooms (from peach to pistachio) trimmed with marble, oak and brass, The Calile is infused with a 1950s Miami glamour that recalls Aarons’ poolside society shots.

Replete with Instagram-worthy moments, the property includes the gregarious poolside Grecian taverna Hellenika and a buzzing lobby bar frequented by local fashion, design and cultural cognoscenti. Order the signature Calile Spritz and king prawns with cocktail sauce then sit back and take in the action (it’s a scene) in the achingly cool hotel by Brisbane starchitects Richards & Spence.

When all the fabulousness gets too much, retreat to the Kailo Wellness Medispa for an indulgent Biologique Recherche facial or a massage. Aarons would most certainly approve. A room at The Calile. Photo / Sean Fennessy

The first thing you notice when you enter the lobby of The Sunseeker is a blue and white ceramic jandal by South Australian artist Gerry Wedd. In its fusion of high design and the relaxed Australian lifestyle, this flip-flop embodies the unique appeal of Byron Bay’s newest accommodation — in one of its oldest motels. Following six months of renovations and 40-odd years of history, the 80s brick motel has been meticulously reimagined as a nostalgic take on the simplicity of summer holidays, with all the mod cons.

From the swaying palm trees beside its pebblecrete kidney-shaped pool to the communal fire-pit, hibachi grill and Tiki-meets-brutalist bar, a distinctly mid-century California vibe now pervades the property. All rooms feature work by Byron Bay artists and come with private patios or balconies overlooking the lush tropical gardens.

Prise yourself from your personal suntrap, and kick back poolside with a drink by local mixologist Pete Windrim to a playlist curated by the team at Playlister.fm, which created the tunes for iconic Los Angeles properties including Chateau Marmont and The Standard Hotel. 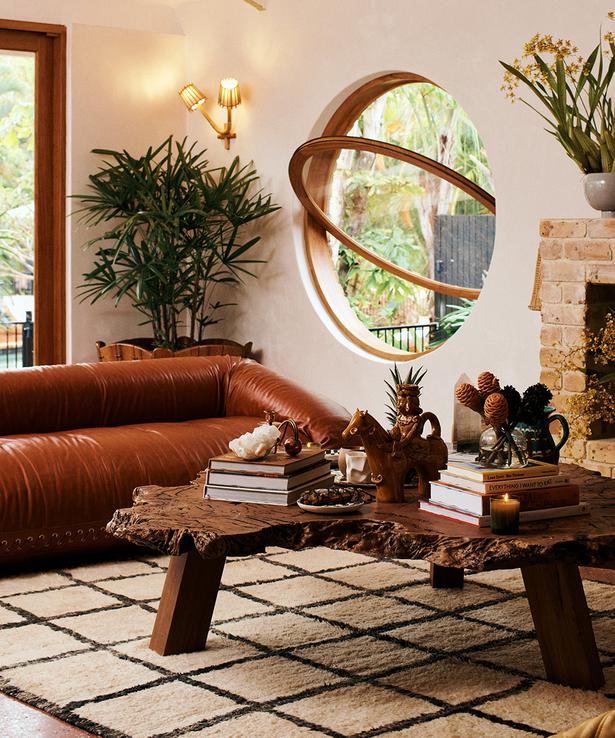 The Library at Bryon Bay's The Sunseeker. Photo / James Tolic

Hamilton and Dune houses on Kangaroo Island are the story of two families, one beach, 50 years and a remarkable art collection. Nestled just 100m from the pristine sands and clear waters of Emu Bay, where owners Emily and Richard Young met as family friends and later fell in love, the pair of holiday homes combines the quintessential Australian beach lifestyle with the best of national and international contemporary art.

When Richard’s mother passed away, her son and Emily bought his family’s 60s weatherboard shack, Hamilton House. They then built a second contemporary dwelling, Dune, on the site overlooking the place where they met, and now rent out both so visitors can experience Kangaroo Island in barefoot luxury. Hamilton House is vintage in style, with furniture by the likes of Hans Wegner, Borge Mogensen and Eric Buck, while Dune features concrete, steel and glass for a sleek and modern feel.

Central to both properties is the extensive art collection Emily and Richard have amassed over 20 years living and working in Hong Kong, Shanghai and Sydney, but always returning to Kangaroo Island. After you’ve spent a day or two swimming, snorkelling, enjoying the delicious local produce and wine or simply relaxing amid untouched wilderness, you’ll understand why. 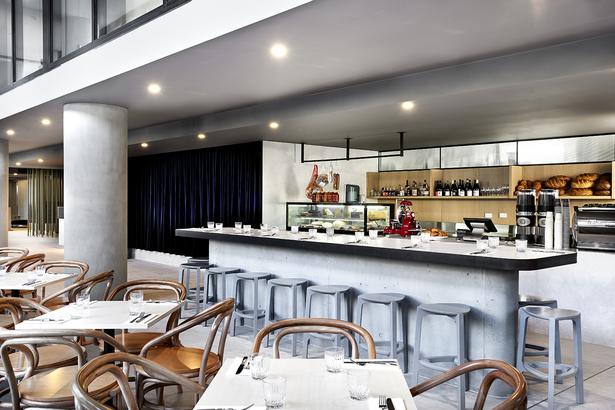 Not long ago, the Canberra suburb of Braddon was an industrial area filled with automotive businesses and not much else. Today it’s a vibrant inner-city enclave with cafes, craft breweries and boutiques — and the city’s newest designer hotel. The Midnight Hotel is buzzing whatever time of the day, perfectly positioned in the city’s most exciting new area. Check into one of the rooms designed by Australian architects Fender Katsalidis and drop your bags beneath works by New York-born and New South Wales-based artist Thomas Bucich.

Freshen up with the Australian Hunter Lab skincare range in the bathroom, then head out for a day of shopping and culture at the National Gallery of Australia and National Portrait Gallery, both a scenic 45-minute stroll away. You could hit up the area’s thriving bar and restaurant scene on your return, but if you’re feeling like a night in, the hotel’s own restaurant, Braddon Merchant, offers a mod-Oz menu to rival those outside.

Enjoy a nightcap in the aptly named Midnight Bar or return to your room, don a robe and slippers and take advantage of the complimentary local wines and beers from BentSpoke Brewing Co in the mini bar. Take a seat at Melbourne’s newest cocktail bar and dining room and you’re instantly transported back in time to a world of nostalgia and Chicago-style glamour.

Located in a heritage 1920s building on Russell Street, Andrew McConnell’s latest venue combines the quality dining for which the chef is renowned (Cumulus Inc, Marion, Supernormal, The Builders Arms Hotel, the list goes on) with a drinks list spanning classic cocktails and global wines to the gimlet from which it takes its name, a bright and citrusy concoction comprising gin, Moscato, Geraldtown wax and three different types of citrus.

Settle into a plush banquette beneath the soaring ceilings, order a martini and a plate of rock oysters from the Eurocentric menu and lose yourself in a very Melbourne take on a classic era of drinks and dining. 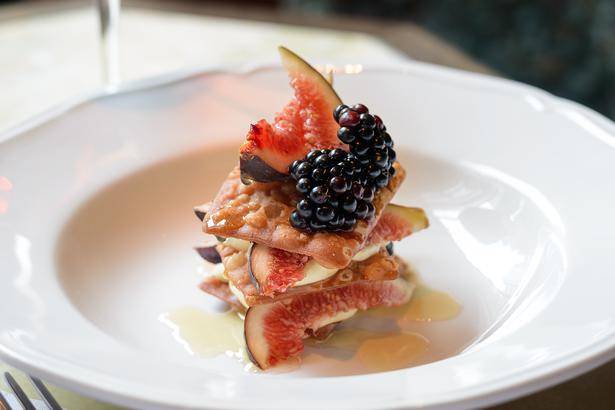 Restaurants can take themselves too seriously — intimidating atmospheres, snooty waiters and menus that require a dictionary to translate — but the crew at Brisbane newcomer Bianca are out to prove good food and good times are far from mutually exclusive. The playful pasta character graphics set the tone for this effervescent trattoria focused on classic Italian dishes using the best Australian produce.

From the bucatini all’Amatriciana to the pork and fennel lasagne, it’s all approachable and inclusive food for sharing — best finished with a swirl of nostalgic sweetness from the Italian-made Carpigiani soft-serve gelato machine. Bianca is the latest venue by star local restaurateurs Ben Williamson, Bianca Marchi, Tyron Simon and Frank Li, so if you can’t get a reservation at Brisbane’s newest hot spot, try their other venues, Agnes, Honto and Same Same, just down the road. 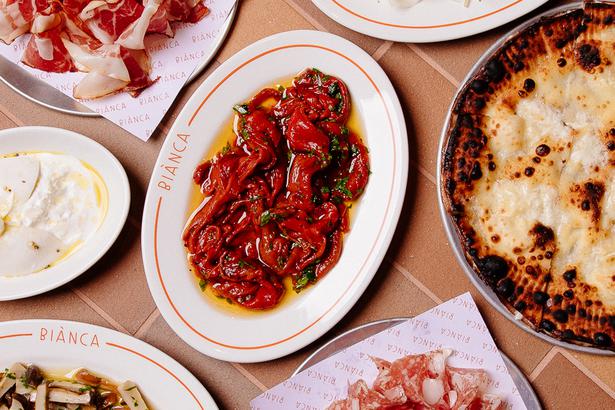 French-Australian fusion restaurants have been popping up in Sydney faster than you can say “Francaus”, but the piece de resistance is Bistrot 916. Helmed by three of the city’s most exciting young hospitality players, the Potts Point neobistro serves a menu spanning the classics of French gastronomy — with a twist. Think boudin noir (blood sausage) spring rolls and a handmade pasta dressed with snails and a garlicky pasta butter that reboots the classic escargots.

The otherwise seafood-centric menu is the work of chef Dan Pepperell, whose CV spans Sydney classics such as Hubert, Alberto’s Lounge and 10 William Street, together with Michael Clift, who worked in the development kitchen for the Fat Duck in England before returning to Australia for an eight-year stint at Neil Perry’s Rockpool Dining Group.

Don’t leave their intimate and moody bolthole before checking out the highly Instagrammable rest rooms, which feature a series of large-scale nudes on the walls and stalls by cookbook designer and artist Daniel New. 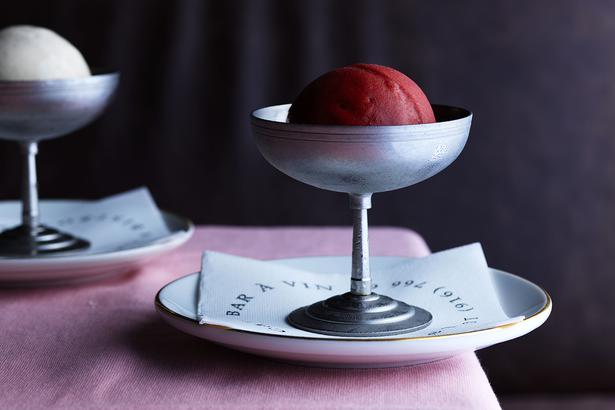 Lars Harry and Aida Kim met while working at Comme des Garcons in Tokyo, so it’s no surprise their Perth fashion label Man-tle produces minimalist womenswear and menswear using quality Japanese fabrics. The brand’s clean and utilitarian aesthetic is reflected in the interiors of their store in Northbridge, in which all the components are moveable and the locally made furniture is entirely freestanding.

Inside you’ll find highly functional and durable garments inspired by the pragmatic Australian character and the country’s rugged landscape. From workwear-influenced jackets and wide-leg trousers to chambray shift dresses and wrap skirts, the clothing — with a distinctly unisex vibe — is complemented by a selection of Japanese glassware, ceramics and incense. 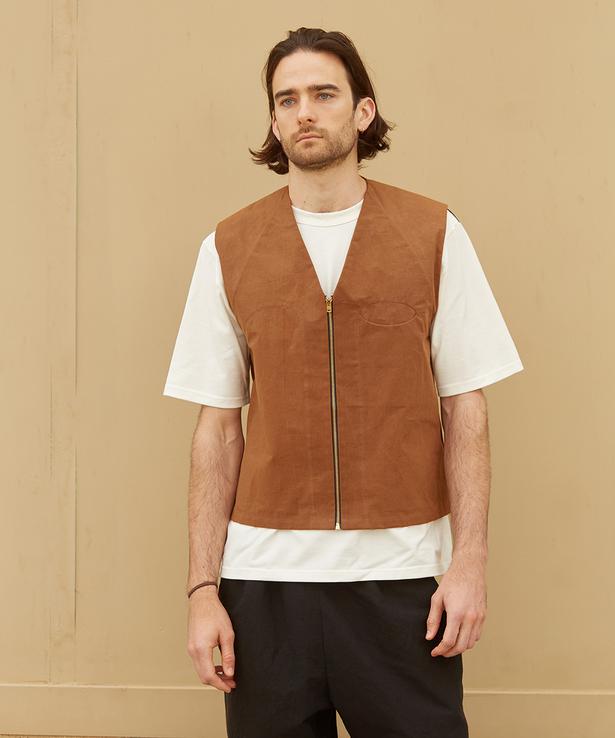 Phoenix Central Park is named for both the rebirth of its site in a warehouse that was fire-damaged, and for its location in a previously gritty, semi-industrial area of Sydney that has become a cultural hub. Rising from the ashes like the legendary bird, the soaring performing arts centre designed by Durbach Block Jaggers and John Wardle Architects includes a gallery, a central garden, two wings for artistic residencies and a performance space.

Judith Nielson, the owner of cult Asian art gallery White Rabbit just around the corner, envisioned a place where architecture, interior design and the visual and performing arts would collide in an immersive experience of “gesamtkunstwerk”, or “total work of art”. Walk into this wellness centre a stone’s throw from Australia’s most iconic beach and you’ll encounter a series of soothing arches that recall Turkish hammams and Roman bathhouses, but with a distinctly contemporary reboot.

Book the Signature Slow, a luxurious 75-minute treatment that begins with a self-administered coconut sugar body scrub. After a shower to rinse off the deliciously scented grains, slather on an Oway oil then step into the Clearlight cedarwood sauna, set at a piquant 55 degrees. Enjoy a 15-minute Omnilux treatment post-sweat sesh before emerging glowing and re-energised to take on the best of Bondi Beach. 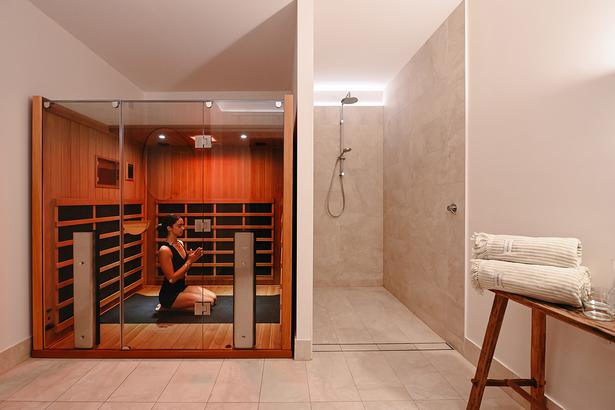 This story was originally published in volume four of Viva Magazine.

From zen gardens to multi-brand shopping excursions, this central gem is coming up

The Central Otago town has become a go-to for top-notch food, drinks and much more