Oh dear. After years of omertà, it seems the glossy fashion world is turning in on itself. André Leon Talley, the 6ft 6in, one-time African-American creative director of US Vogue (a job title even he seems to have trouble explaining but which seemed to involve “being Anna Wintour’s eyes”, presumably in case her own went on strike, and accompanying her to couture fittings) has gone rogue with The Chiffon Trenches, a tell-all autobiography in which he writes, inter alia, “I don’t think she’s capable of kindness.” And it’s not just Leon Talley who has decided that what happens on the top floors of Condé Nast should no longer stay on the top floors. The American designer Ralph Rucci, sensing an ajar door on a hitherto locked cupboard, called Wintour “an evil British woman” (thanks Ralph), adding that she was mediocre and alleging that “many, many have spoken badly about her in private”.

Meanwhile, Alexandra Shulman recently revealed how surprised and hurt she was to be so shoddily airbrushed out of Condé Nast’s history by its owners, the Newhouses, after 25 years successfully editing British Vogue and making millions for the company. And now Edward Enninful, her successor, has said, in a podcast, how cold he found the atmosphere at British Vogue when he arrived, and how out of touch and irrelevant it seemed.

Leaving aside whether it’s entirely sensible to disrespect your predecessor in public - everyone’s gone slightly bonkers in lockdown - here we have what could be fashion’s one and only new trend of the summer. Mud-slinging.

Word reaches The Daily Telegraph that reporters in New York are digging for dirt on another former major editor. So far so tittle-tattle. But then in strides businessoffashion.com, the industry’s online news oracle, which has just published a lengthy article setting out the many ways in which the glossies are in deep trouble - including having to reduce the frequency of their print issues. The monthlies, it seems, are no longer monthly.

THROWBACK: Anna Wintour on Politics, Trump and The Business of Fashion

So far so gripping - and not a little disconcerting. Or is that just me? These publications are institutions. While they may, one hopes, return to 12 physical issues a year after lockdown, their budgets will be pale shadows of themselves because advertising has gone off the proverbial. Arguably, upping their digital presence should make them more topical than the three-month lead times of a monthly printed magazine. But their whole raison d’être is to produce beautiful images (that involve lots of currently verboten travel and major amounts of close physical contact) and grant the reader unrivaled access to celebrities. 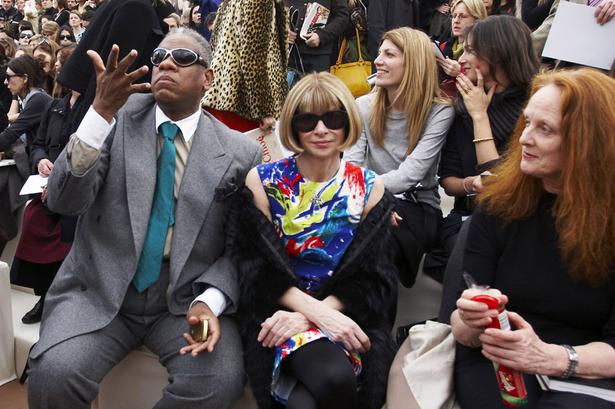 Yet, for the moment, everyone hates celebrities and the glossies have had to turn themselves into peddlers of royal and reality-show stories to get numbers. A glossy without actual glossy paper - and highly paid staff without the stonkingly high salaries - are like Samson without hair. Where’s the glamour?

Cue wavy optical effects and a scoot back in time to when I used to cover the catwalk shows for British Vogue in the mid-Nineties and a job on magazines, especially those based in New York, seemed one of life’s great wins.

Back then, the poor church mice on British Vogue (our circulation was a fifth of American Vogue’s and our salaries a tenth) would gaze in awe at the rows of American magazine editors seated opposite us at the shows. So many of them. Such imaginative job titles: creative directors, market editors, accessories editors. And that was just American Vogue, which regularly brought 23 of its top team over to cover Paris and Milan - and demanded half of them be given precious front-row access.

Even in the mid-Nineties, Anna Wintour was rumoured to be on a package worth more than a million dollars. If you were in her favour, the world, or that bit of it that orbited New York, was your oyster. 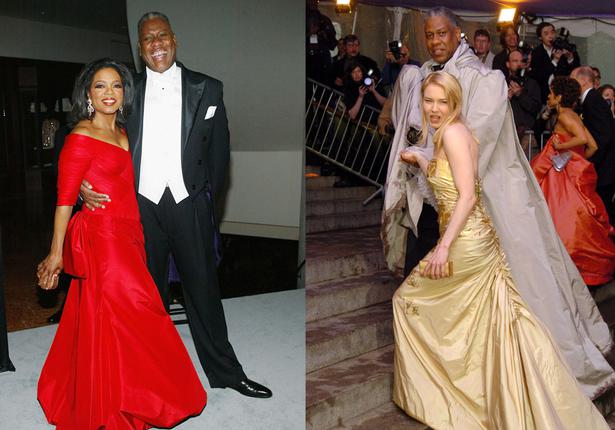 Andre with Oprah Winfrey at the 2005 Legends Ball; arriving to the Met Gala with Renee Zellweger in 2004. Photos / Getty Images.

When Liz Tilberis, like Wintour, another Brit who had edited British Vogue, moved to New York to edit US Harper’s Bazaar in 1992, the drama became even more like a Judith Krantz novel.

Rival publishing houses Condé Nast and Hearst showered money on their respective jewels in the crown in much the same way that fashion conglomerates Kering (which owns Saint Laurent, Alexander McQueen and Gucci inter alia) and LVMH (Louis Vuitton, Celine and Givenchy) drench their dauphin designers today. Because their power derived from the Empress, Wintour, it was in everyone’s interest to flutter around her, stoking the burgeoning legend, like punkawallahs fanning the breeze around a bejewelled maharani.

That’s why, even after they were cut adrift (and millennials think they invented “cancel culture”), staff remained, until now, breathlessly complimentary.

In The September Issue, the art-house documentary film about US Vogue, there’s a lingering moment when Wintour is sphincter-clenchingly dismissive of Edward Enninful, then part of her fashion team. You’d never know it in public. Air kisses all round.

But do these spats have any wider resonance? Only if you’re sentient. For decades, publications such as Vogue, Harper’s Bazaar and Vanity Fair set themselves up as the ultimate arbiters of high and low culture, taste and influence.

And we went along with them. Or the rest of the media did. This meant that even if you’d never picked up a copy of Vogue (true for about 99.999 percent of the population), its views had an insidious way of seeping into your consciousness. Writers, actors, directors, designers, chefs, footballers, dodgy film producers, even politicians, craved their benediction.

This aura of invulnerability persisted for years, despite mounting evidence that magazines no longer cut it with younger generations - declining circulation, a drip-drip decline of influence - the fashion industry clustered around this notion of an all-powerful galleon (US Vogue) with dozens of slightly less important titles bobbing lucratively in its wake. 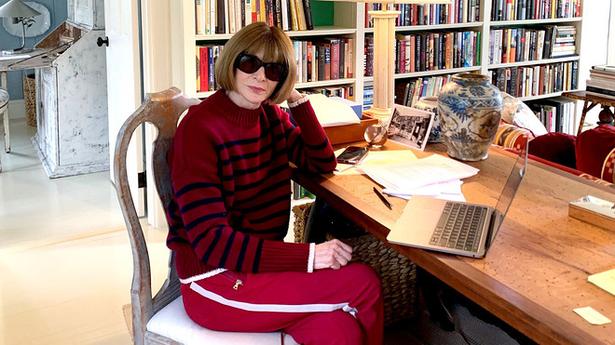 In many ways, Wintour, a brilliantly talented editor, remains a powerful figure, even if the nature of that power is no longer as straightforward to define. She may well be more famous and relevant than her magazines - which you might think unwise, unless they really do cease to exist in any meaningful way.

As far as the wide, non-Vogue reading public is concerned, her main locus of king- and queen-making resides in the annual Met Ball - that mighty clot of Hollywood and fashion industry A-listers, which didn’t happen this year. While it is bound to return at some point, it will surely have to tone itself down to keep in vogue with the times we are living in.

In the meantime, legions remain fascinated by pictures of her cashmere lockdown jogging suits and immaculate hair. Some have pointed out that some of her famous friendships - Harvey Weinstein, for example - have tarnished her reputation and that appearing on James Corden’s Spill Your Guts or Fill Your Guts segment, wasn’t entirely on-brand. But she’s the only magazine editor famous enough to be invited on to his show.

As for the magazines. Even before coronavirus, it was clear the old budgets and behaviour (think The Devil Wears Prada but with more froideur), were hopelessly out of sync both with the zeitgeist and their actual power.

US Bazaar and Marie Claire had already cut the number of their print issues to nine a year. Glamour and Teen Vogue went digital a while ago. W magazine has “pressed pause” on its operation and even the mighty US Vogue has combined its June and July editions. The scent of blood has replaced the whiff of Chanel No 5, and it’s open season on the once inviolable.