A few weeks ago, local agency N Model Management started posting a series of black and white photos on Instagram: models, nude, self photographed at home, each sharing their thoughts on their bodies. The purpose of the project was to to spark a kōrero around body image, self-worth and the pressures of perfection — a refreshingly honest take on social media and from the fashion industry, both of which have traditionally had complicated (some would say toxic) roles in perpetuating unrealistic beauty standards.

Holly Rose Emery, who shared her portrait and touched on her own complicated relationship with her body, understands those pressures more than most.

Now 24-years-old and living in Auckland, Holly Rose was just 16 when she began modelling, before heading overseas to the big leagues. She made her international runway debut for Prada in 2013 - a big deal for a new model - before walking for Valentino, Armani, Chanel and more.

She shot with Australian Vogue on her 17th birthday. She was our Kiwi model star on the rise. But behind the scenes, things were complicated.

“Prior to modelling, I had lost a lot of weight,” she reveals today. “My [then] agent would lead everyone to believe that it was healthy, but I struggled.

“I’ve never been diagnosed, but I had an eating disorder, I would say. I struggled a lot with that. I guess at 16/17, I didn’t love my body or I wouldn’t have starved my body or forced it to do things it didn’t want to do.”

Reading stories from that time now seems particularly grim and, frankly, weird in their fixation on her pre modelling weight loss.

A 2012 Stuff article angling her as the ‘next big thing’ unhealthily painted her 36kg weight loss as a sign of self-discipline and focus. Questions from other media ranged from how she prepared “beauty, diet and health-wise” for a major shoot, to how her career was impacted by having to “work at your body”.

I asked, too. When Holly Rose appeared on the cover of Viva’s teen issue in 2014, one question was about dealing with the fashion industry’s focus on body image and weight. I think I was skirting around the issue, aware that something didn’t seem quite right. In hindsight, Holly Rose seemed well-aware too. Her response to my question about the biggest pressures facing teenage girls was “fitting in socially and physically, as in body perception”.

“It’s ironic, considering my job, but even before modelling, body image has been a massive part of my personal journey and one that I am getting more comfortable with.”

In 2014 when i-D asked outright if she ever tired of talking about her body, her frustration was obvious. “My body is boring - I don’t really think there is much to say about it. I’m constantly shocked to find that people want to talk about it.”

“At the time I thought it was really unsettling,” Holly Rose says now of the relentless focus on her appearance. Today, she has a healthier, albeit still complicated, relationship with her body; working hard to shift her priorities from the external.

“I felt like I was lying to everyone to a degree. I would never tell people at the time that I was struggling, but I didn’t want to lead people to think that what I was doing was awesome.

“Trying to reconcile that was part of the reason I took time off [from modelling]. Because as I started to gain weight again, I had to battle with the image that being thin is healthy, and therefore, where do I fit in now? People would be like, ‘Oh my gosh, she gained all the weight back’. I struggled with that. I really wish that wasn’t my narrative - but I also have to embrace it.”

Well, I gently joke, here we are, still talking about it.

“I’ve gotten to a place where I’m okay with it now,” she says laughing. “For the longest time it really upset me. But now, I think it’s cool to be able to change my narrative and be able to speak up. I’m happy to be honest about it.”

So at age 18, Holly Rose decided to give up modelling. She came home from New York. She was exhausted, and disillusioned. Her measurements had gone up - she was growing up, becoming a woman, had started taking better care of herself. 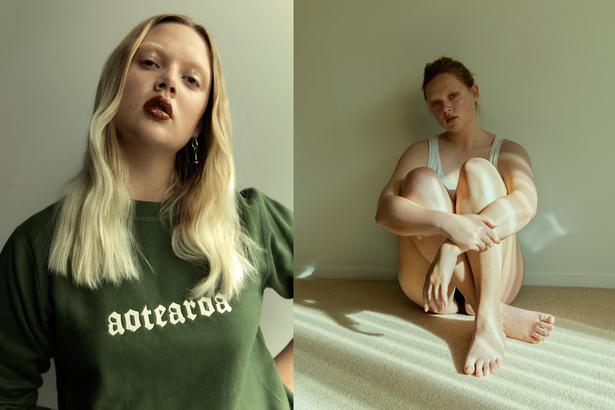 She had begun seeing a personal trainer and getting healthy because she was eating and working out; her measurements went up even more. It became a talking point with some of her then agents.

“They made me feel as though I wasn’t trying hard enough, even though I was trying as hard as a person possibly could,” she says. “It was hard to think that I was so sick, and everyone knew I was so sick - but now I was healthy, and they were trying to push me back into something that wasn’t great. So I just stopped. I came home.”

Fashion has changed dramatically in those passing years, with the rise of the curve model and the likes of Ashley Graham and Paloma Elsesser. There is change in how fashion represents size, although some would say it’s not fast enough. (And there are, of course, still problematic attitudes.)

In March the Business of Fashion declared that “Size Diversity Is Now a Global Conversation” as one of the key takeaways from Paris Fashion Week, noting that in fashion’s spiritual home, “traditional physical ideals still rule luxury marketing, [so] body type has been less of a consideration”.

Much was made of the fact that Jill Kortleve was the first “plus-size” model to walk for Chanel in over a decade and the first to appear at Fendi, ever. She is only about a New Zealand size 12-14. 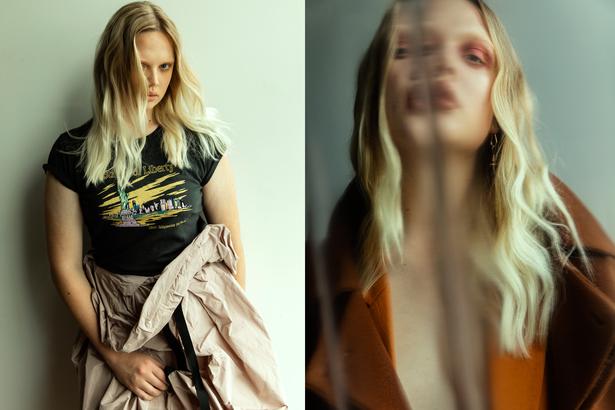 Those changes have meant that Holly Rose, with her angelic babyface, is in demand once more. Ever perceptive, she’s slightly cynical about diversity as a trend and unsure that there is genuine size acceptance. “But I’m happy to exploit that, if it works in my favour!” she jokes. Pre Covid, she’d had plans to be in Sydney right now, and a visa is in process to go back to work in the US when it’s safe.

Last year, she ‘came out of retirement’ for a cover shoot with Viva; the response was overwhelmingly positive and led to interest from overseas agencies. She’d been hesitant to step in front of the camera again, but conversations with her friend and current agent Ngahuia Williams (herself a model, and director of N Model Management) had made her consider it properly again.

Ngahuia describes Holly Rose as a muse, and knew that others in the industry - here and overseas - felt the same; wanting to book and support her as a model. She also sensed a feeling of unfinished business.

“We had many conversations where I could see that she loves the industry but just needed people to ask questions in order for her to think about it in a new way,” says Ngahuia.

Holly Rose describes that shoot as a big part of her healing process. “Up until that point, I was so afraid of my appearance, but I had to bite the bullet. At some point, I just had to see whether I wanted to model again - because it had always been in the back of my mind that maybe I could go back to it one day.”

The difference today is that she can approach it with context and confidence - and she can be herself. “I still love the art of it all - but I see it more as a job now. As a teenager you get so heavily invested in things. So for the longest time I was just a model, and the persona of ‘being a model’ - I didn’t really have much else going on. It’s nice to be able to come into it now, a little bit older, and be a person.”

- Zoe Walker Ahwa was previously the associate editor of Viva and the editor of Fashion Quarterly, and is now the founder of soon-to-be-launched website Ensemble

"It has been the most whirlwind, amazing year and a half of my life," says Holly Rose Emery, the 17-year-old Auckland model who...