Olivia Colman debuts as the Queen in the third season of The Crown. Photo / Supplied This weekend marks the return of Netflix's successful period drama The Crown, this time with an almost entirely new cast.

Since it debuted on Netflix in 2016, the show (created by Peter Morgan) has proven to be a ratings success, and its wardrobe department has been widely lauded for its attention to detail and historical accuracies, with many of its pieces replicated from scratch.

Season three enters a new period of the Queen’s reign, as her middle-aged majesty is confronted by a bold new world with London at the epicentre of a cultural revolution.

This is an era that saw Neil Armstrong land on the moon in 1969 and the unavoidable wave of Beatlemania take over the world.

Replacing Clare Foy as the Queen in seasons one and two, Olivia Colman marks her debut in this latest instalment, riding a wave of success since her Oscar win last year playing another queen, Queen Anne, in The Favourite. 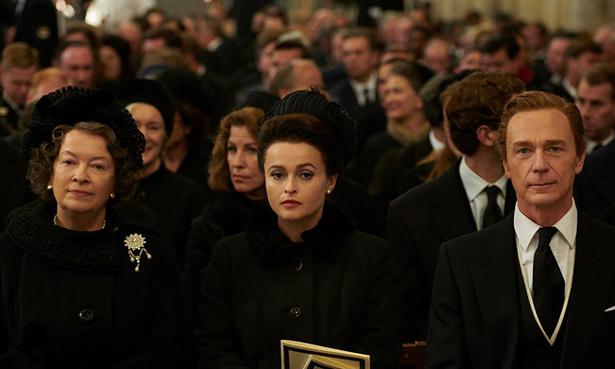 Set between 1964-1974, the third season will explore the transition of Charles from a young man into a prince, Princess Margaret’s divorce, and the impact of the Aberfan disaster on a mountain slope above the Welsh village of Aberfan.

With season four currently in production, season three is also expected to set up the arrival of a young princess Diana into the royal fold.

Costume designer Amy Roberts (who won a BAFTA for 2005's The Virgin Queen) has been charged with dressing the cast this time around, as the Queen settles in as ruler, wife and mother, in a wardrobe attune to changing, technicolour times.

When it comes to the style stakes, here’s what we're likely to see: 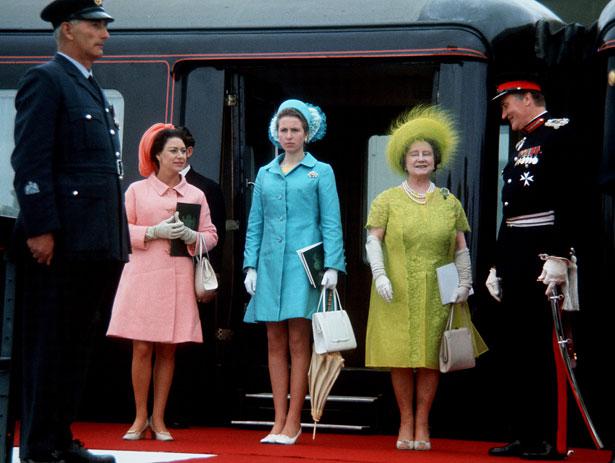 Life In Technicolour: Princess Margaret, Princess Anne and the Queen Mother at the ceremony of Charles' investiture as Prince of Wales in 1969. Photo / Getty Images

QUEEN ELIZABETH II (OLIVIA COLEMAN)
By the end of season two, the Queen has already weathered several storms early in her reign, including the death of her beloved father.

Her post-war wardrobe, therefore, provides a sense of optimism. The Queen is much bolder this season, wearing bright pops of floral hues, primarily lavender, pink and yellow as she becomes increasingly confident in her role as ruler, mother and wife.

Stateside, Elizabeth is becoming somewhat of a celebrity, and she plays to this confidence and popularity with saturated brights.

Expect to see: Speaking with Jo Ellison of the Financial Times, Amy explains: “I thought about the fact that she’s been on the throne for 20-odd years, and that she is settled into being the Queen, and that the marriage has settled down as well. And she’s got children. You feel she’s on an even keel. More confident. So I thought about pure, clean, sugar-almond colours." PRINCESS MARGARET (HELENA BONHAM CARTER)
When stills were released from season three, one of the most striking was of Helena Bonham Carter in a sorbet pink suit and raspberry hat that Princess Margaret wore to the investiture ceremony of the Prince of Wales from 1969.

As the younger sister to the Queen, Margaret’s free-spirited, carefree attitude is reflected in her choice of dress, often flamboyant and a way for the princess to distance herself from the prim twin-sets of her sister and assert her own identity.

She is much less considered than Elizabeth’s style and her wardrobe choices were ahead of the time.

Expect to see: A true fashion plate of her generation, Margaret is the glamorous contrast to Elizabeth, wearing fashion that signalled the mood of a generation amid a groundswell of political and cultural change.

As the season explores a breakdown in her marriage with Antony Armstrong-Jones, her wardrobe will reflect that change with more sombre tones and purple hues. PRINCESS ANNE (ERIN DOHERTY)
The Queen’s only daughter is widely considered an underrated fashion icon, and the show will explore Princess Anne’s formative years, and landing on that signature bouffant hairdo.

As one of the first Royals to grace the cover of Vogue (her 1973 cover by Norman Parkinson is a master class in 70s soft-focus portraits), we’re looking forward to seeing how well Erin Doherty portrays this elusive royal.

Expect to see: Form-skimming 70s silhouettes and that bouffant hairdo. 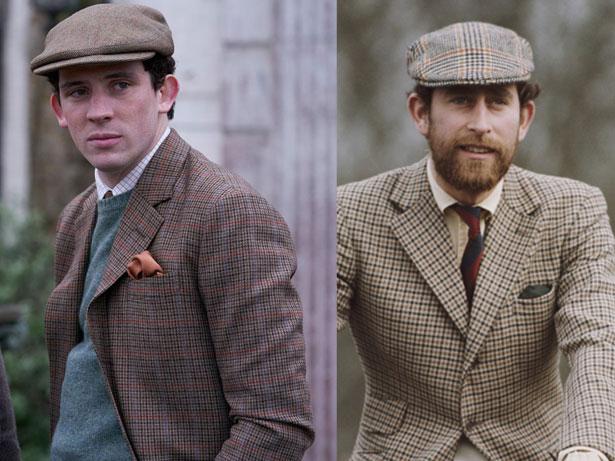 PRINCE CHARLES (JOSH O’CONNOR)
There is a whiff of mother knows best when it comes to Charles’ younger years, his wardrobe of formalwear and hunting attire wearing the young Prince as he tries to find his place in the world.

The prince looks his best in more casual attire like his polo kit rather than the stuffy suits he’s required to wear all the time, and his youth becomes glaringly obvious when an oversized cloak and crown is bestowed upon him when receiving his investiture as Prince of Wales. CAMILLA PARKER BOWLES (EMERALD FENNELL)
A re-creation of that infamous paparazzi snap between Charles and Camilla post polo match from 1971 recently surfaced from stills of the third season, complete with Camilla's signature hairdo which hasn't changed much since.

Camilla's never really been a style match to her more glamourous counterpart Princess Diana, but those days are gone and the popular consensus now is that we're all just happy to see her happy.

As a young Sloane, Camilla's wardrobe is indeed an important indicator of how posh girls of the day would dress, particularly for those with more money than style.

Expect to see: Posh girl with no taste is how Amy Roberts describes the thinking behind Camilla’s looks.

THROWBACK: The Secrets Of The Fashion From The Crown PHILIP, DUKE OF EDINBURGH (TOBIAS MENZIES)
The Queen’s significant other has always been an elegantly dressed man, and for season three he continues to look dapper without drawing attention — a fine art when your wife is the head of state.

Away from the royal women, Philip’s wardrobe is a master class in Great British style, whether off-duty at Balmoral, wearing a Savile-Row day suit, or in full military regalia.

A trendsetter of the time, Philip's sartorial choices signal a man with good taste, and he carries himself well in a suit — a sleek contrast to his awkward son.

Expect to see: Elegant tailoring in keeping with protocol, but also reflecting the more relaxed style of the 60s and 70s. 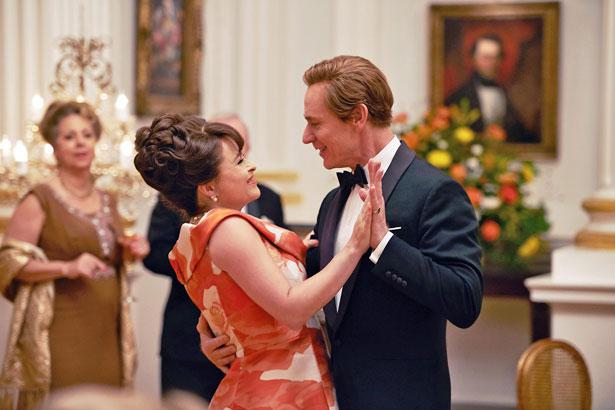 ANTONY ARMSTRONG-JONES (BEN DANIELS)
The swinging 60s is Lord Snowdon’s era, and the man about town is suitably dressed in the forward fashions of the day in keeping with wife Margaret’s equally free-spirited approach to dressing. His extramarital relationships with women and men provoked a flurry of scandalous press, and his free-spirited wardrobe reflected his attitude and creativity as a photographer.

Expect to see: A man unafraid to explore his flamboyant streak, Snowdon appeals to Margaret’s ego, and the pair provide plenty of glamour and gossip amid a household doing everything by the book.