With the rise of veganism and the need for greater sustainability, Dutch designer Carolien Niebling explores the importance of redesigning food and she’s started with the humble sausage Carolien Niebling was not a sausage fan, at least not until she spent three years tasting up to 70 types of sausages from all over the world.

“I think there’s something to admire in using leftover or unwanted bits to make something delicious,” says the Dutch designer. “You can barely overcook a sausage. It’s juicy, well-seasoned and flavourful. It’s a very forgiving food.”

She then took everything she learnt to create her most-well known project, The Sausage of the Future. The book explored, in meticulous detail, the cultural history, various building blocks of construction, and sustainable potential of the humble sausage — “one of mankind’s greatest edible inventions and one of the first processed food products,” as Carolien points out.

It won her the prestigious Grand Prix at 2017’s Design Parade competition in Hyeres, France. The project was also presented at 2017’s TEDxGeneva in Switzerland and exhibited at Wanted Design Brooklyn for the 2018 edition of NYCxDesign. 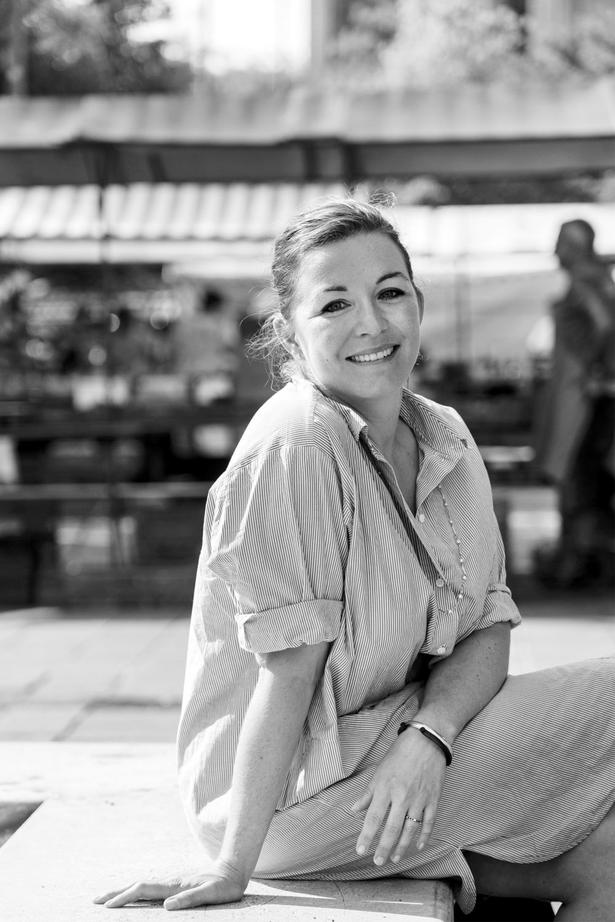 Her sausages are on their way to Auckland too; Carolien will speak at creative festival Semi Permanent this month as well as collaborating on a lunch with a selection of New Zealand chefs at Clooney restaurant. Chefs Nobu Lee (Clooney), Michael Meredith (ex-Merediths), Giulio Sturla (ex-Roots), Vaughan Mabee (Amisfield) and Brian Campbell (Miann) will together create and serve a reinterpretation of her “future sausage” over five-courses — all sausage inspired, including dessert.

Carolien’s premise for the project was simple: we need to eat less meat to reduce the environmentally damaging effects of the global meat industry, which is said to be responsible for approximately 14.5 per cent of the world’s greenhouse gas emissions, as well as utilising lesser-known ingredients.

“The idea started about four years ago when I read what meat consumption does to the planet. I was pretty shocked,” Carolien says.

“I noticed that most of the solutions in the industry were focused on making fake meat alternatives that look and taste like meat, or meat grown in labs from cultured cells.”

She says she’s not interested in using vegetables to imitate the taste of meat. On the contrary, Carolien hates the idea of faking meat. 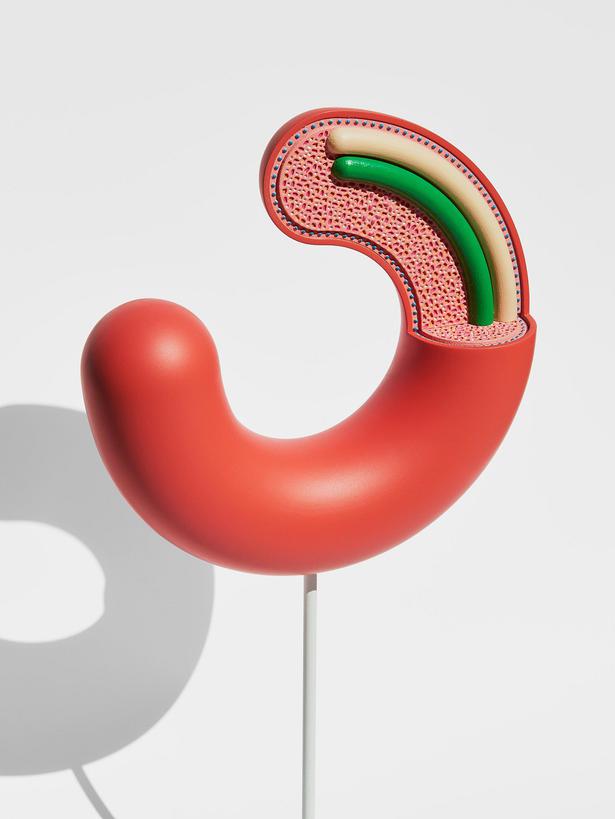 “It fools the consumer and sends the wrong message,” she says. “If you fake something, the consumer thinks, ‘Okay, we can continue to consume the way we have been’.”

Veganism as an answer to the meat industry’s woes is something Carolien is also sceptical about.

“If we all became vegan, there wouldn’t be enough surface on the planet to farm plant crops in high enough quantities to give us enough protein to survive,” she says.

Instead, with The Sausage of the Future, Carolien seeks to build on an existing system, such as expertise at a butchery, to make change from within.

“I tried to be realistic too,” she says, “just the same as if I were designing a lamp or a chair. There are lots of similarities to designing a sausage.” 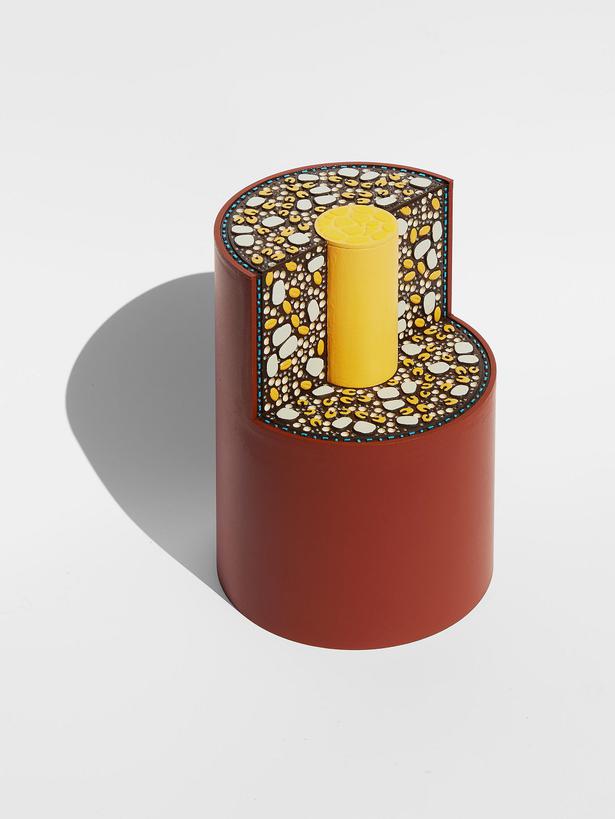 Before redesigning the sausage, however, Carolien needed to understand it. The first part of her book is dedicated to the history of preserved meats, a topic she had already examined as a graduate student in product design at the Ecole cantonale d’art de Lausanne (Ecal), one of the world’s top universities of art and design, from 2012 to 2014.

“For example, I find it fascinating that sausages allowed us to travel and discover new areas of the world,” she says. “They could be taken as a source of protein and keep for months at a time.”

Her findings uncovered a few ancient, and mythical recipes. One of them is said to date back thousands of years: a sausage made of brains, wolf milk, bread crumbs, and eggs.

“I still don’t know if it’s true but they thought they would become smarter by eating other people’s brains. Very strange,” she says.

The newly designed sausages were developed with the help of Dutch butcher Herman ter Weele in a small village in the Netherlands — close to where Carolien grew up — and Lausanne-based chef, Gabriel Serero, who specialises in molecular gastronomy. Among the futuristic collection: a mortadella that has had some of its pork filling replaced by broccoli; a fruit and nut salami; a fuet with pig’s heart and nettles; an apple and blood sausage; and an insect pate in a soft wax casing, to name a few. 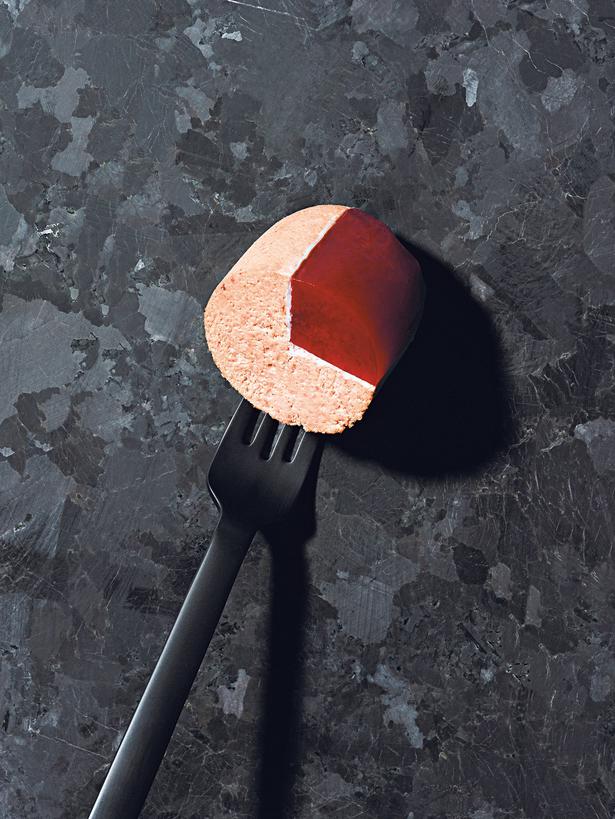 They also experimented with fresh worms at one point, blanched and mixed with other sausage meat and herbs and spices before grinding.

“It ground quite well,” she says, “then we looked at the sausages the next morning and the light pink colour had turned black. It was apparently a reaction to oxygen and they were no good. There’s still so much we don’t know about using live insects.”

Carolien hasn’t always been this adventurous with her palate. She didn’t start eating insects before the project with sausages.

“I’d never tasted insects before this project but I couldn’t start without trying some myself,” she says. “I was shaking to eat these barbecue-flavoured ants I had ordered from Thailand. I’m not really that brave. If I have to eat a fat grub I still have to hide it.”

She is now living in Zurich, where her new ingredient of interest, seaweed, is being worked into the first fruits of her latest research project developed as part of the two residencies included in her prize as a Grand Prix winner. One is for the glass-making centre, Cirva, in Marseille, and another for the historic French porcelain manufacturer Sevres. Seaweed is a “highly underestimated and versatile type of plant, in both shape and possible edibility,” Carolien says.

She made a series of vases for Cirva with subtle colour gradients — blue, ochre, green — at their bases and narrowed brim, with the shape of each adapted for a specific type of aquatic plant, ranging from water lilies, which need a tall vase, to micro plants such as duckweed and fanwort, in a smaller size. “I think seaweed is very unappetising as it is sold now, cut up in small pieces, dried or salted,” she says. “I wanted to ‘plate-up’ seaweeds in their real shape, the way they grow in the water because it’s so beautiful.”

Similarly, with, Carolien found appealing ways to present intuitively unappealing things. Each sausage features in the book in the form of lively and informative texts, vibrant collages, still-life photography that borders contemporary art and, in the Sausage Matrix at the back of the book, a colourful series of pie-charts.

In fact, the very idea of using minced belly fats, ground-down insects, and animal intestines, is transformed into something so inviting that they seem rather chic.

Carolien prefers to think of the finished recipes as hypothetical ideas: “The future sausage is a metaphor for the possibilities that lie ahead,” she writes at the end of her book, although a neat row of her liver sausage quartered with raspberry jelly, or apple studded boudin could easily be sold in a high-end food store or speciality market. 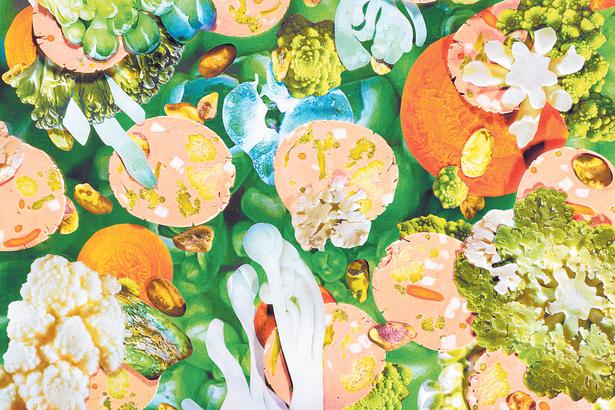 “The sausages are only ideas I hope will inform butchers. I want them to stay as an industry but evolve in line with environmental concerns and use more things with meat like seasonal vegetables, and grains,” says Carolien.

Elsewhere, she believes the rise of supermarkets has distanced people from realising what’s naturally growing. As a result, the only food that many consider “edible” is what’s found on a supermarket shelf.

“It’s like when you see some herbs in the park or the wild. We don’t dare pick it up and put it in our mouth. You think there’s something wrong with it,” says Carolien.

“We should embrace everything edible thing that’s available to us inside and outside the shops and include it in our diets in a sustainable way.”

Her first stop when visiting any new country is the supermarket. “That way you can really see what people are eating,” she says. Carolien will soon be scoping out some seaweed on Auckland menus.

• See Carolien Niebling speak at Semi Permanent on Friday, August 16 at 10.30am. The festival runs from August 15-17. Tickets at Semipermanent.com

The Dirt On Denim: How Levi's Is Making Your Jeans More Sustainable