Amazon Prime’s new drama series Nine Perfect Strangers is either the quintessential show for our times, a desperate piece of TV-by-numbers, or both. It’s like Agatha Christie’s version of horror film Saw, crossed with Gwyneth Paltrow’s Goop, on the set of Big Little Lies.

The action takes place in a boutique wellness retreat in the Australian outback, where nine guests, all dealing with personal issues, discover the treatments are much more extreme than they bargained for. The enigmatic Masha (Nicole Kidman), who runs the place, wants to add a little mind control to her subjects’ cucumber water. Then things get really weird.

Strangers is based on a novel by Liane Moriarty, also the author of Big Little Lies, so it’s not exactly surprising that Strangers has all the crucial ingredients of that show, plus last year’s The Undoing, which also starred Kidman and, like Lies, focused on the lives of the filthy rich and featured a floaty soundtrack, huge kitchens, strong female leads, awful men and a twisty murder plot.

And why wouldn’t Amazon want to repeat the formula when those two series, and a string of other dramas based on the same blueprint, such as HBO’s Sharp Objects, Amazon Prime’s Little Fires Everywhere and Netflix’s Dead to Me, have all been so popular?

The fact that Lies, which was made by actress Reese Witherspoon’s production company Hello Sunshine, won eight Emmys and four Golden Globes will also not have escaped Amazon’s attention. Neither will Witherspoon’s huge payday when she sold Hello Sunshine to private equity group Blackstone earlier this month for an extraordinary $900 million.

So if you’re a company like Amazon, and you want to make the next hit show, what do you need to do? Here is the recipe in full: 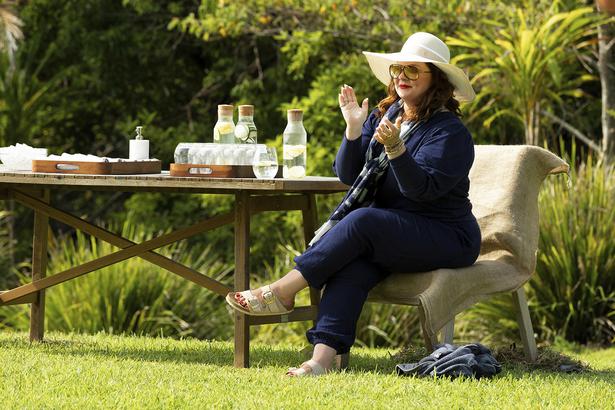 Lifetime Movie of the Week (LMOW) tropes
LMOW is Hollywood slang for the made-for-TV cable films pioneered in the 1980s by the Lifetime channel that blended “woman in jeopardy” melodrama with impressive interior design. Big-screen rip-offs include Basic Instinct, Single White Female and Fatal Attraction.

LMOWs have four basic plots: woman against man, woman against woman, woman against child and woman against self. The first includes domestic abuse, incest, stalkers, and psycho ex-boyfriends and usually ends in Karmic Death for Evil Man; the second has evil bosses, oppressive mothers, jealous exes, schoolyard rivals or mad stalkers; the third features a problem child who is ill, violent or drug-addicted; while, in the last category, the woman is typically alcoholic, obsessed, or mad.

Big Little Lies — about affluent mothers in Monterey, California, who are connected to each other through their children and a mysterious murder at a school fundraiser — combined three out of four of these. Nine Perfect Strangers manages to cram every single one in, with a few extra cherries on top. 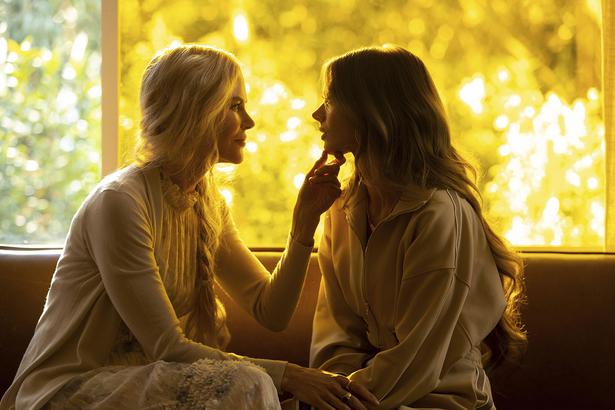 Nicole Kidman
She does her best, Nicole. She takes roles in things like Moulin Rouge, The Interpreter and the Second Worst Batman Film of All Time, but really you only ever think of her in things like To Die For, Eyes Wide Shut, The Stepford Wives and Before I Go to Sleep. She claims to hate playing these roles. In January, she told American podcaster Marc Maron that playing Celeste Wright in Big Little Lies and Grace Fraser in The Undoing took a major toll on her well-being. And yet, really, there’s almost nothing else she can do.

There is something so waxen and watchful about her performances that it’s as if Botox was invented with her in mind. Even when she’s smiling, her face is closed. This makes her terrible for, say, Lady Macbeth or Elizabeth Bennet, but perfect to play Celeste in Lies — someone married to the perfect man who, in secret, abuses her.

In Strangers, she seems to run the ideal retreat but is actually completely bonkers. Welcome home, Nicole.

A floaty soundtrack
Could we get a little more sampled, breathy vocal in the mix? A few piano chords? And then some retro-sounding contemporary soul tracks so we can release the soundtrack when the show launches? Thank you so much.

Liane Moriarty and David E Kelley
Moriarty is an advertising copywriter turned novelist. (Don Draper’s best line from Mad Men? “Sterling Cooper has more failed artists and intellectuals than the Third Reich.”) She’s written eight novels of which three have made it to the screen — Lies, Strangers and The Husband’s Secret, currently in development.

As a summary of the latter’s plot illustrates, it is a radical departure for Moriarty: Cecilia Fitzpatrick is a happily married mother-of-three who leads a seemingly perfect life. Tess O’Leary is a career woman whose husband, Will, falls in love with her cousin and best friend, Felicity. Tess’s son and Cecilia’s children are enrolled in the same school. Tess’s ex-boyfriend, Connor Whitby, is a PE teacher. Rachel Crowley, the school secretary, suspects that Connor is the man responsible for the unsolved murder of her daughter that still haunts her almost three decades later and — wait, you won’t believe this bit — one day Cecilia discovers a devastating secret with massive consequences for her and the other women.

David E Kelley, meanwhile, wrote Ally McBeal and adapted both Big Little Lies and The Undoing (based on a book by the American novelist Jean Hanff Korelitz). He’s written other shows, but only the ones that have stuck to the Lies formula have been successful. He is the Nicole Kidman of TV drama. 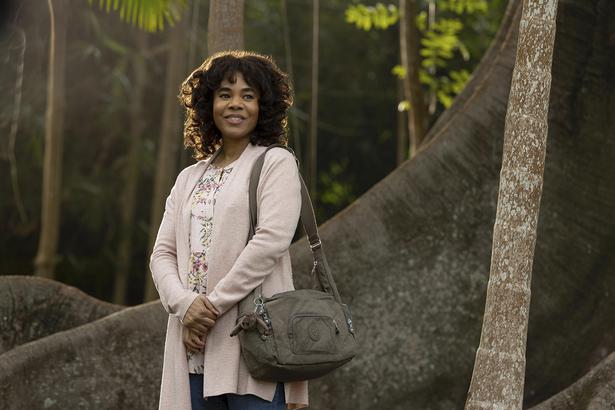 Quirky crime with a twist
The thing you thought was happening isn’t happening. Instead, something really horrible happened years ago and now everyone finally has to deal with it. Don’t worry too much about this. At the end we will have a coda that shows you that, while the specific events may have been resolved, nothing has really changed — ensuring all the leading actors can return for a second season.

Weekly episodes
Instead of “dropping” all episodes of the series in one go like Netflix, HBO in America and Sky Atlantic in the UK reverted to the traditional method of releasing one episode per week when they broadcast Big Little Lies, which helped the series to grow an audience as it went along.

The finale was greeted with fevered anticipation and twice the ratings of the first episode. It’s no coincidence that streaming giants like Disney+ and Apple do the same with many of their hit shows, such as the Marvel series Loki and the hit sitcom Ted Lasso. Nine Perfect Strangers, too, will be shown one week at a time.

Lots of amazing furniture
Because you wouldn’t be watching this if it was set in a council estate.

'Nine Perfect Strangers' is available to watch on Amazon Prime on August 20.