It’s all too easy to get swept up in a live performance by Reb Fountain. For starters, her voice is feather soft which can then switch into a howl, like on 'Gold' a spoken-word, cynical track about two lovers starving for coke, fame, and something “bigger than all you motherf***ers”. Crikey.

It’s just as good when she sings and stomps with thick-heeled black boots on a piano pedal, her long tresses cascading over one shoulder. If you caught Reb’s recent Neil Young’s Live Rust tribute concert series or The Others Way Festival performance, you can vouch for the standing ovations.

The Auckland singer-songwriter is s well-known talent to several notable New Zealand artists. Reb joined The Veils’ Finn Andrews on his European tour earlier this year and featured on his latest solo record. She has appeared on Neil Finn’s Out of Silence album and has also worked with Marlon Williams, Don McGlashan, The Eastern, The Warratahs, Tami Neilson and Julia Deans.

Reb started out her musical career playing with the late Sam Prebble of Bond Street Bridge, who unexpectedly passed away in 2014. The tragedy of which, she says, halted her music/life path, but in the last couple of years, has come back revived and started recording solo. It’s truly magic.

Born in San Francisco, Reb immigrated with her family from North America to Lyttelton — the port town out of Christchurch that’s been fundamental to South Island’s folk scene, raising artists like Delaney Davidson, Marlon Williams and Nadia Reid.

“It was sheer madness,” says Reb of her family’s decision at that time. “It was just so far away.”

Tracing back to a long line of migrants, the family used music as a way of connecting to a new home, and Reb explains: “Music was the thing you took with you and helped build community.

“My dad wrote a songbook and we would have gatherings with other migrant families, usually from North America and sit around and sing these songs together. It was mostly folk, blues and country stuff.”

Gifted with her first guitar at the age of 6, Reb had developed a talent for turning her “really dark, melancholic” poetry into song less than a decade later. The Battle of The Bands final in 1990 described her as “the best voice to come out of Christchurch in 10 years”. Then Reb travelled, first to the UK, then to her native America to attend jazz school in Seattle where she gathered a deep well of musical influences.

Hopeful & Hopeless and Little Arrows were developed in collaboration with Sam Prebble and guitarist Dylan Storey. For a long time after Sam’s death, Reb found it too emotionally hard to revisit their unfinished material.

“I reached the point where I needed to share them for the community of family and friends of Sam’s,” says Reb. “I felt a sense of duty to do that. It was also really painful in lots of ways too, but cathartic.”

To follow the release, Reb booked a tour celebrating one of her heroes Nick Cave on his 60th birthday. Reb and her band tore through 17 Cave compositions in 90 minutes giving audiences fresh treatments of his rich songbook. The shows invited a sense of liberation from the angst of that period.

“It was the point where I could let myself free from a stressful time,” says Reb. “With Nick Cave, there’s no fear …but beauty, strength and just filth. It was a wonderful nail in the coffin to help send me on my way to what is now.”

Reb has a new album out early next year, produced with long-time music collaborator Dave Khan (Marlon Williams). The duo have kicked off a nationwide tour this month, giving a taste of what’s to come, and will perform at Womad next year.

“It’s my best work so far,” says Reb of the new album. “I feel excited about sharing it with people.”

The first single, Faster, teased out in March, was accompanied by a gorgeous, vintage-looking video shot on Super 8 film camera by her daughter, Lola.

“I chose Faster as a kind of bridge song, it was something that people might be more familiar with in terms of what I’ve done before,” she says. “The other tracks on the new album will be quite different.” 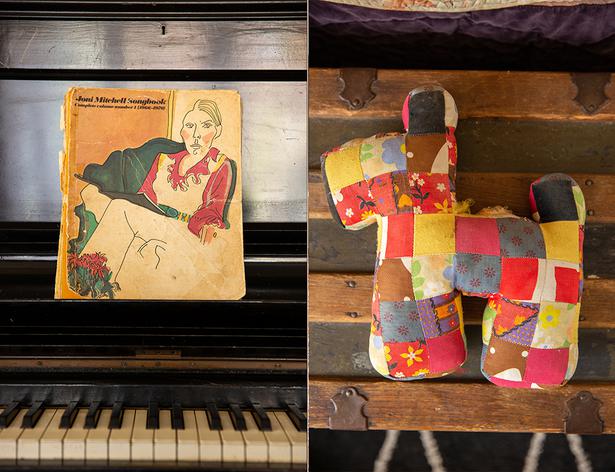 1. Joni Mitchell songbook
This was a gift from my uncle to my aunt and he’s written all these beautiful things inside. It’s now been passed on to me and is special for family reasons but also because I’m just in love with Joni Mitchell. Her songs were some of the first I started to learn properly but I always found them so hard.

2. Handmade dog
This small quilted dog was made by my mother and given to me in my first year. She used to make everything from Christmas decorations to bedding — she was awesome. Now a little bit ruffled, it’s immigrated all the way to New Zealand with my family. This is the last special treasure of the things that she made that I have. 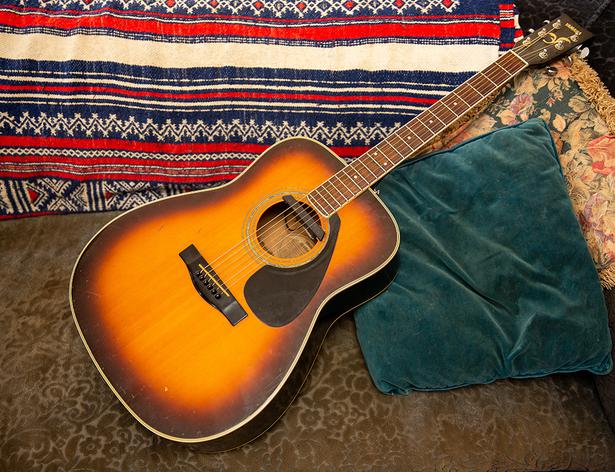 3. Acoustic guitar
My dad helped me get this guitar when I was 14 and it’s since travelled around the world with me, lost and stolen several times. I can’t believe it’s still alive, it’s so well-loved. Over time guitars age really well and it has a beautiful tone.

4. Warren Viscoe feather
This was a special gift from an artist called Warren Viscoe. Warren is an amazing treasure, friends with Colin McCahon and is one of the last surviving legends of that time. He would come into an organic store in Auckland where I was working. I ended up giving him my album Hopeful & Hopeless and he noticed my feather tattoo on my arm. One day, he brought in this sculpture he’d made for me. It’s a classic Warren piece and underneath he’s written “Angels wings are made with feathers”. 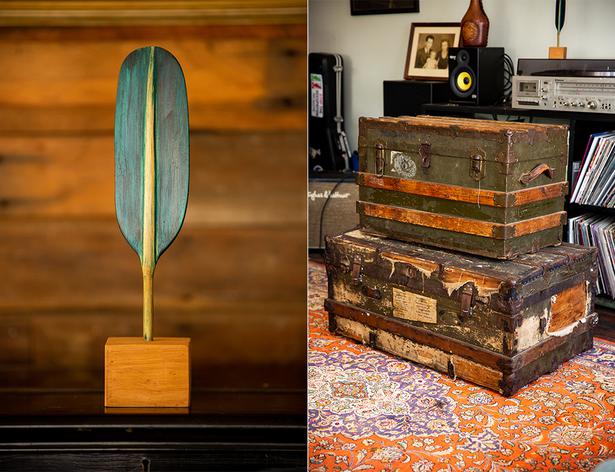 5. Family trunks
When my family arrived in Lyttelton we came out on a boat called the Oriana, one of the early Princess cruises. Three trunks were the only furniture we had for many years. Now old and rustic-looking, I’ve managed to hold on to two of them and still use them all the time. They have travelled around the world with me and have worn and weathered beautifully.