The show must go on for many musicians right now, and as the live stream of the prestigious Taite Music Prize proved, New Zealand’s diverse, independent musical landscape is worth celebrating even under lockdown.

Named after the late Dylan Taite, one of New Zealand’s most respected music journalists, the award recognises outstanding creativity for an entire collection of music contained on one recording, and the 11th Taite Music Prize was awarded to musician and actor Troy Kingi, for his politically charged reggae album Holy Colony Burning Acres, released in July 2019, recorded with his band The Upperclass.

READ: How Iconic Record Label Flying Nun Stays Ahead of the Curve

Adding another accolade to his career after winning Best New Zealand Soul Artist and Best Maori Artist at the 2018 Vodafone Music Awards, and nominated in 2019 for an APRA Silver Scroll, the recognition is a step forward for the musician.

Speaking to Viva from his home in Kerikeri, Troy says he’s humbled to be included in a category with other finalists he respects, including Aldous Harding, Beastwars, L.A.B., Lawrence Arabia, Louis Baker, Mermaidens, Miss June, Tiny Ruins and previous Viva cover star JessB, all of whom were submitted by record labels both independent and major from across the country. 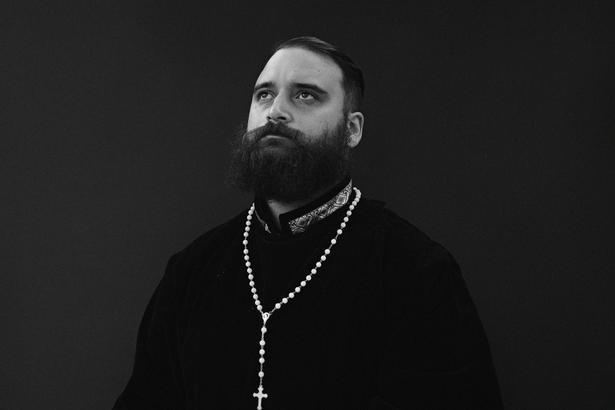 “I was stoked to be in the long list before it got cut down to 10 finalists, and to actually win it is a little bit mindboggling. I find it crazy that I live in a pretty secluded place, and for this to happen while I’m living in my own little existence, and to know people are still resonating with and appreciating what I’m creating — that’s a real honour. I’m good friends with Louis and also the L.A.B guys. I listen to Aldous Harding a lot. She’s a genius.”

There to present the main award via live stream, the Prime Minister and Arts & Culture minister Jacinda Ardern acknowledges the impact of Covid-19 on our local music industry.

"These are uncertain times but something I’m sure about is our music industry will be a vital contributor to New Zealand's recovery and we are working hard as a government — as we speak — to make sure that the arts are at the centre of our revitalisation."

Holy Colony Burning Acres, released in July 2019, is a hard-hitting album that explores political themes and the struggles of indigenous people around the world. Focusing on the early reggae sounds of the 70s, Troy looked to the sound of bands such as The Abyssinians, The Upsetters and the Congos as musical reference points.

“I knew I was going to do a reggae album at some stage, and it happened to be this third album, which was really timely with what was going on in the world last year with what was unfolding at Ihumatao and Mauna Kea.”

“I’ve got a lot of friends who listen to reggae religiously, and they wouldn’t let me write anything other than something political. They said ‘so you want to do a real reggae album? Go back to the roots. That’s what you’ve got to write about.' So that’s what I did. There are many things affecting us as Māori — last year especially, and many years before that. I ended up sharing with friends who are artists, and decided to just start writing a little more with a global state of mind. I realised our stories and experiences were very similar.”

The debut single from this third album, Babylon Grows, opens up those themes of global indigenous politics, and looks at how colonisation has crippling effects on today’s social climate. The universal struggles of people from West Papua to the Inuits, for example, have inspired Troy to use reggae’s political roots to help raise awareness.

“I tried to veer off Bob Marley’s reggae as that’s the obvious choice — he was the king and a genius, but I tried to dig a little deeper and look at the roots of the reggae sound and incorporate that into this album.”

This third album is a musical departure from his first two albums, the Motown, rock-tinged debut Guitar Party At Uncle’s Bach (2016) and the psychedelic funk and soul-infused sophomore album Shake That Skinny Ass All The Way To Zygertron (2017). He's working on a self-imposed creative framework of 10 albums in 10 different genres over 10 years.

“We’ve nearly finished the fourth album, and it’s still daunting at times,” he says laughing. “It sounded like a super cool idea in the beginning, but now it’s like I have to follow through with it! We’re still setting out to achieve what we started. There are moments where it’s challenging, but in a good way, because essentially you’re starting back at zero when you’re starting from a different genre or sound. The fact that I have completed three unique albums already — that gives me enough confidence to know that I can do it.”

Currently working on his fourth album to be released in August, the basis of it, while still in formation, is a tribute to New Orleans funk musician Freddie Cesar. “It’s called The Ghost of Freddie Ceasar. It’s a covers album really, of an artist not everyone knows about, which makes it even more intriguing. It’s a funkish album. I won’t know what it is until it’s complete, but a really nostalgic album that connects me back to my dad who actually went missing 15 years ago and we still don’t know where he is.”

Along with his solo act, Troy is part of a popular soul collaborative act L(())VE & HOPE with Mara TK and Mark Vanilau, and is an accomplished actor, having stared in Pa Boys, Taika Waititi’s Hunt For The Wilderpeople, The Kick and Mt. Zion alongside Stan Walker and Temuera Morrison.

“I have a lead role in a television feature that was supposed to come out this month but got pushed out due to Covid-19, and if all goes well, could potentially be a series.”

During lockdown, Troy collaborated with musicians on a song called Tutahi /Stay encouraging people to stay home, singing with Anna Coddington, Holly Smith, Stan Walker, Kings, Bailey Wiley, Ria Hall and more. “It was super fun, I know a few of the artists didn’t have the equipment to record anything, so they were doing it on their phones. It just shows you’re capable of doing anything and keeping your creativity alive, no matter what the circumstances are.”

The main award was also presented along with the Auckland Live Independent Debut award for Dunedin-based songwriter Millie Lovelock for Repulsive Woman — Relief; the Independent Spirit Award, given to music journalist Murray Cammick; and the Independent Music NZ Classic Record, awarded to Shona Laing for her iconic 1987 album South.