This Milan Fashion Week may go down as the first in which a virus wiped pretty much every other story off fashion’s own front page.

At the start of fashion month, almost three weeks ago in New York, the recently named Covid-19 seemed a distant, albeit potentially sinister problem happening somewhere else.

True, mighty Chinese retailers and those perfect, doll-like influencers, with the personal video crews and millions of Douyin (China’s TikTok) followers, were missing, thanks to the Chinese government’s curfew which kept them grounded at home.

One or two American designers complained they’d been unable to complete their collections in time because of manufacturing hold-ups in Wuhan, but no major names were involved.

Then again, most major names have given up showing in New York anyway. Not even Ralph Lauren bothered this season, while Tom Ford, chairman of the Council of Fashion Designers of America which oversees New York Fashion Week, chose to stage his show in Los Angeles just before the Oscars. 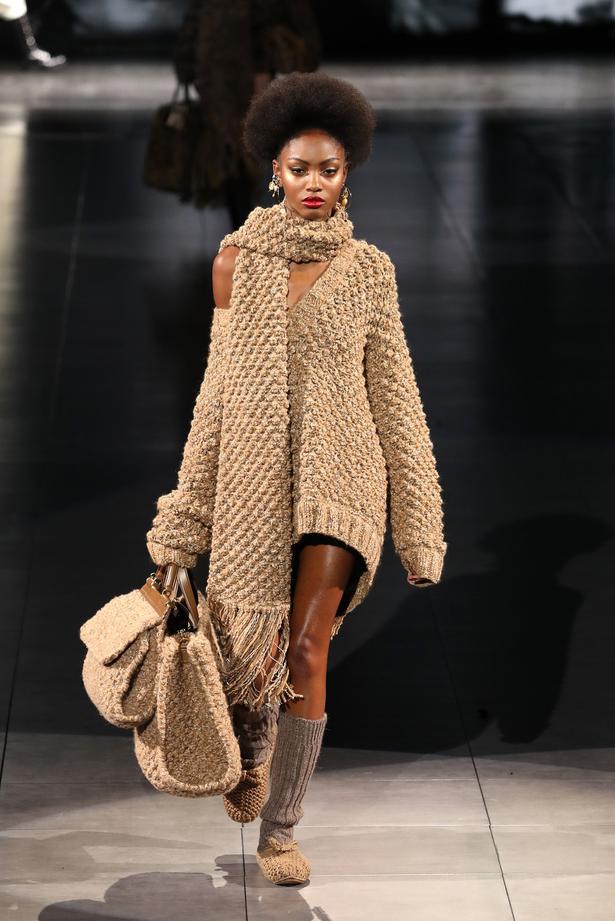 London Fashion Week passed off smoothly. No Chinese, but brands like Burberry live-stream their shows to the world, so in one sense, the physical presence of an audience is academic and the assumption was that business would carry on pretty much as usual. Or at least that was the hope. Some 40 per cent of Burberry’s revenues comes from the Asia Pacific region.

That maths is not atypical in the higher echelons of fashion’s big beasts. Even a relatively niche London label such as Margaret Howell would be considerably more niche without Asia: £120 million of her £150 million turnover in 2019 came from Japan.

But all vestiges of complacency evaporated last week in Milan — a fashion capital that can be so exasperating because of its apparent lack of ability to tap into modern sensibilities and create conversations around fashion that seem relevant to younger consumers.

It was clear something serious was afoot when the normally lackadaisical authorities at Milan airport insisted on taking every arriving passenger’s temperature.

The response from designers has been a 101 in business strategy: superficial calm, but beneath the swan-gliding there has been some frantic realignment of products as stock markets fell sharply in the wake of the coronavirus outbreak.

The evidence was on display in their glamorous showrooms in the following days as some brands, especially ones that specialise in accessories, replaced products aimed expressly at Chinese tastes with ones more likely to tickle the sensibilities of the minimalistically inclined American fashion editors.

After all, while President Trump is loathed by almost everyone who works in fashion, the US economy could yet plug a Chinese shortfall. Not that any of this has been officially articulated.

Nor will it be straightforward.

READ: The Best Floral Fashion To Uplift Your Autumn Wardrobe

As one industry insider told me last week, the American retail market has been warped by decades of discounting. “Hardly anyone buys at full price there. The department stores are hopelessly outdated. Or just hopeless. Look at the glorious fashion stronghold that was Barneys.” After an unseemly bargain-bin sale, the taste-setting retailer finally closed its flagship store on Madison Avenue last November.

Yet at the weekend, the official take on developments was business as usual. A few crass Instagrammers were showing off their styling prowess with a white surgical mask but the general response to these was weary eye-rolling. At a dinner hosted by Italian Vogue and the Yoox Net-a-Porter group to launch its £50,000 challenge to find talented sustainable fashion start-ups, the glamour quota pegged at an only-in-Milan high.

Eva Herzigova, Coco Rocha, Amber Valletta, Liya Kebede, a vegan menu (or that’s what I was told by one of the hosts, but there was pecorino cheese on the starter, so maybe we should call it Italian vegan) and air kissing a-gogo.

“Are we going to do this?” said the editor in chief of Italian Vogue as we mwah-mwahed. “I think we still should while we can.”

He was joking. Fashion doesn’t give up its favourite greeting, or wear ugly masks (unless they’re Gareth Pugh bondage), for anything. Or does it?

On Sunday morning, Giorgio Armani announced that he was cancelling his big show scheduled for a few hours later because of fears about the rapidly spreading infection.

Like many others, I wondered whether this wasn’t a ruse to deflect attention away from his incendiary comments a few days earlier about designers. In case you’ve been in isolation, he said that “throwing [a woman] in the basement” and “suggesting she dresses in a certain way” were both forms of sexual assault tantamount to rape.

Privately, many in Milan defended his right to say what he damn well likes. This latitude may have something to do with a general nostalgia for the era when designers didn’t have to pander to shareholders or social media’s firing squad (Armani still owns his business outright and recent estimates put his personal net worth at more than €9 billion). But it was hard to find anyone who actually agreed with his comments, and they dominated news websites.

But perhaps the Armani company’s concern about public health was entirely genuine. Meanwhile, BBC reports elaborated on the extent of the outbreak in Lombardy, an area of northern Italy that includes Milan. Schools were being closed and office workers told not to report in on Monday.

Over at Dolce & Gabbana however, it was categorically Show Must Go On time. Behind the scenes the latest guidelines from the Lombardy authorities were discussed, and it was decided that since most of those attending had been sitting in proximity to one another for 15 consecutive days, since the start of New York Fashion Week, binning the show would not only be futile but cause panic. The show did start unprecedentedly promptly, so as to keep people confined for as short a time as possible.

The Dolce collection provided exactly the kind of reassuring clothes you’d want to wear if you were quarantined — or contemplating quarantine. A nationwide network of Italian knitters had recreated Dolce & Gabbana’s house codes in knits or crochet.

As a statement about modern luxury it was perfect: a giant metaphorical hug both graceful and free of the preachiness that fashion houses often find themselves adopting nowadays in the race to demonstrate their environmental pedigree and inclusiveness.

There were other metaphorical hugs and smiles all over Milan last week, from Jeremy Scott’s sublimely frivolous Barbie goes to Versailles outing at Moschino; Ermanno Scervino’s and Max Mara’s luscious cashmeres (the new evening top is a sweater); Colville’s all-enveloping jumpers and wraps and Brunello Cuccinelli’s craft-intensive shaggy knits (the modern alternative to fur).

Enter a plethora of soft pillow bags at many brands. But there were apocryphal visions, too: storm trooper outerwear at Moncler, shroud capes and stompy boots. It was, as far as the clothes went, a strong season.

As for Giorgio Armani, his show went ahead in an empty auditorium, live streamed to the world. Watching it, as I did, on the way to Milan’s airport, it made for an eerily antiseptic experience.

On the other hand, flying hundreds of editors and journalists all over the world to see an increasingly bloated schedule of shows seems out of time, especially when they could watch them at home on a screen or, in the not too distant future, through virtual reality glasses. Perhaps Armani has seen the future. And it doesn’t include a real-life audience.