“I loved all of her outdoor, stomping-through-a-field looks in men’s hunting trousers,” says Carey Mulligan of the period-yet-topical wardrobe she wears in the just released The Dig.

She plays Edith Pretty, a character with a name that looks as though it must have been dreamed up by a PR as a riposte to Variety’s film critic who, while reviewing Mulligan’s previous film, Promising Young Woman, allegedly questioned the actress’s looks in an article she took vocal issue with in late January.

However, Pretty was a real person, a trailblazing landowner whose persistence and money, along with her wise decision to enlist self-taught amateur archaeologist Basil Brown (Ralph Fiennes) to lead the dig, culminated in one of the most historically noteworthy Anglo-Saxon hauls of the last century.

It’s 1939, which immediately imbues the film with a tremulous on-the-cusp-of-war fragile beauty. And we’re in Suffolk, a county which is sometimes overshadowed by neighbouring Norfolk, with its Turnip Toffs and picturesque beach huts. 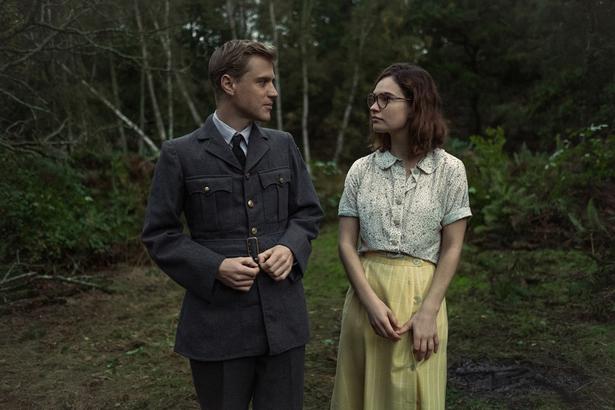 Johnny Flynn and Lily James in 'The Dig'. Photo / Supplied

However, it’s this sense of seclusion and lack of flashiness that make it so appealing.

These days, the county also has its share of designers based there, including sisters Alice Leet-Cook and Rosie Turner, whose sharp millinery sells, along with other accessories, under the Hicks and Brown label.

Emily Mortimer’s sleek, fine jewellery is another Suffolk-based brand. Back in the Thirties, it must have seemed exotically remote.

Lest we forget, Suffolk is also very lovely never more so than in this misty-lensed depiction. The lingering shots of mellow stone manor houses and golden fields should send holiday bookings through the lichen-covered roof this summer. 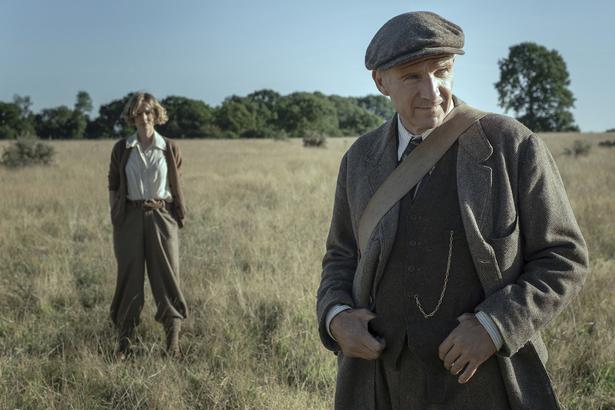 As for the clothes, look no further for your 2021 moodboard. The Dig’s storyboard is essentially a run-through of the perfect staycation capsule wardrobe.

You might have to tweak it for Cornwall, with a few stripy Breton tops, or add some Le Chameau wellies if you’re heading for the Cotswolds. But, basically, this is all our holiday wardrobe goals. 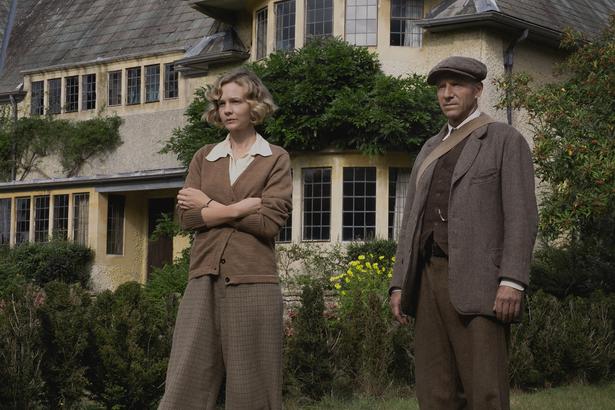 You probably own some of these items already. Style-wise, the Thirties have exerted a long shadow over fashion.

The aesthetic combines elegance and comfort (although back then they would have worn corsets or girdles under those bias cuts).

The lean, languid silhouettes Nicole Kidman wears in the contemporary thriller The Undoing owe much to the Thirties. 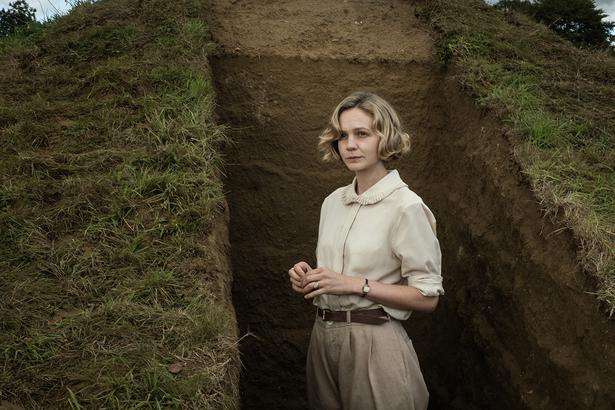 At 53, Kidman is far closer in age to the real Pretty, who would have been 56 when the film takes place — four years older than Brown, the Fiennes character.

As it is, in this version, Pretty is more than 20 years his junior. It’s a slightly weird decision.

Alice Babidge, The Dig’s costume designer, has pulled off a triumphant blend of accurate late Thirties staples and a contemporary softness and earthy colour palette that complements the gently glowing landscape.

In 2019, Babidge collaborated on a collection for The Vampire’s Wife, Susie Bick’s line of much-coveted Victoriana dresses (fans include Cate Blanchett and the Duchess of Cambridge), with a strong Thirties sensibility that looks timeless. 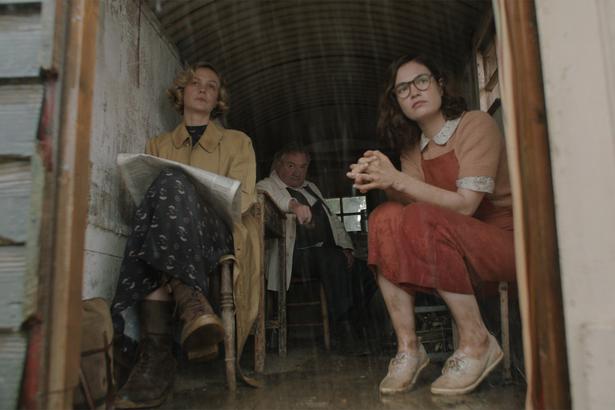 Unlike Bridgerton’s vastly diverting costumes, The Dig’s clothes are deliberately conceived not to distract (at least not too much).

“Nothing feels like a costume,” says Mulligan. “That’s so important – that the clothes aren’t wearing you, but they feel like a part of the character.”

How 'A Wrinkle in Time' dressed Oprah, Reese & Mindy

Despite all that, you may well find yourself hankering for a pintucked cotton voile blouse with a frilled collar and short puffed sleeves; a tea dress or three; a pair of chinos (they would just have been called slacks back then); a bucket hat; a thrown-on boyfriend cardigan (they would just have been called baggy cardis); some horn-rim specs like the ones Lily James’s character wears; Mulligan/Pretty’s delicate wristwatch; or one of the scarf-necklines that are both charmingly nostalgic and simultaneously contemporary.

The majority of key costumes are originals or copied from originals. 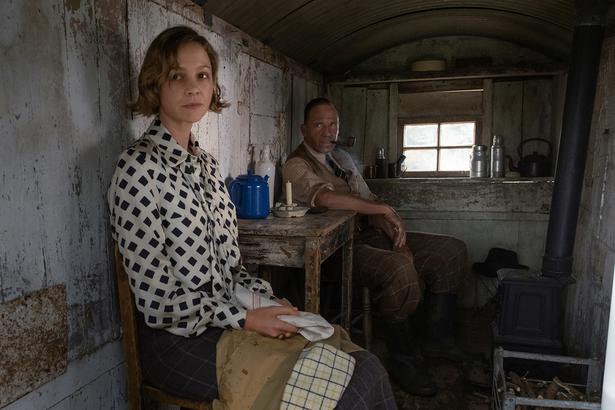 You’ll definitely want one of the latter to sharpen you up on and off duty — far less bother than a jacket. Fiennes, in clothes as good as his Suffolk accent, is positively school of Squire Beckham.

There’s much here that resonates with 2021 aspirations — from the iffy but ever tantalising weather and joy which director Simon Stone clearly finds in the English countryside, to the flat shoes and homespun glamour.

This is a comfortable, pragmatic way of dressing without any of the faux-sporty affectations of 2020 comfort dressing. 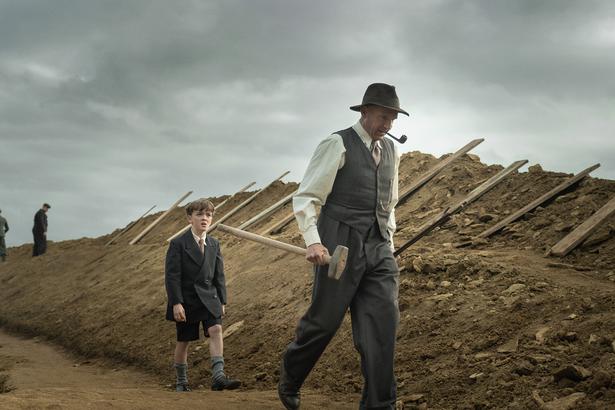 Archie Barnes and Ralph Fiennes in 'The Dig'. Photo / Supplied

The scenes where Mulligan is beautifully, although never showily, dressed up for dinner alone, or with her young son, will feel familiar to anyone who’s attempted Zoom cocktail or dinner party dressing.

It is plausibility, rather than laboured accuracy, that gives The Dig’s clothes resonance. Babidge isn’t afraid to mix periods — nothing anachronistic, no jarring liberties taken, but she’s happy to team what looks like a flapper dress with a jumper from 1938.

“What I like about any period is trying to find a way to bring surrounding periods into it,” she says. “So often we forget about what came before, but you have to remember that people owned things for 20 years. That was a big part of putting this world of characters together. Where did they fit in all the years preceding this?”

She does this brilliantly. If I’m honest, I found the film a bit plodding. But the clothes are heaven.