As we fashion our identities in an uncertain world, what we adorn ourselves with is a symbolic part of that process as Kim Knight explores

Back in April when the Queen appeared on television to tell her pandemic-stricken citizens “we will meet again” she wore a diamond and turquoise brooch.

So far, so Queenly.

But that brooch was inherited from a grandmother whose own reign coincided with the devastating Spanish Flu. Royal watchers observed it had been worn just three previous times by the current Queen. They noticed how it complemented her green dress, which, in turn, referenced hospital scrubs.

They claimed the turquoise spoke to the continuity of humanity (it is a gemstone worn by the earliest cultures) and that it represented healing (some people claim turquoise has protective qualities). It was a brooch and it was a message - a diamond-studded reminder that people will prevail.

When New Zealand went into its own Covid-19 lockdown, we did it in stretchy pants and hardly any mascara. And then the Zoom meetings started. Our waistbands stayed elastic but from the bustline up, we were camera-ready. Overnight, we became a nation of head shots and our jewellery took centre-stage. 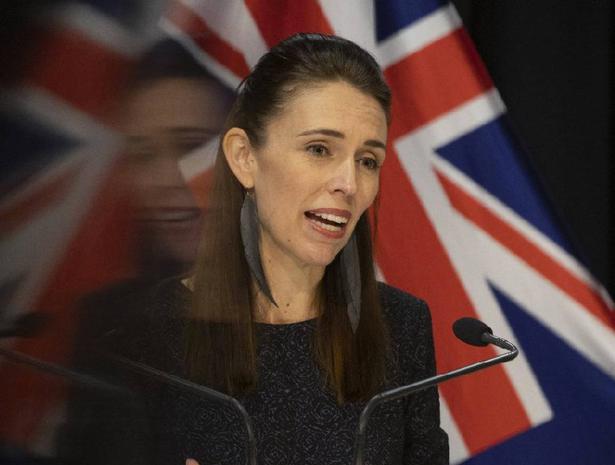 “I know this is terribly frivolous . . . but I really think it’s time Jacinda Ardern’s earrings have their own Instagram account,” social media consultant Anna Rawhiti-Connell posted on Twitter.

“Jewellery is symbol and signifier,” writes Aja Raden in her book Stoned, a treatise about how jewellery (and our desire for it) has helped shape the world. “It can mean not just wealth and power but also safety and home. It can evoke glamour or success or just your mum’s bed.”

Raden, a former designer with American company Tacori (famous for its bridal jewellery that featured on The Bachelor et al), credits gemstones with launching cultural movements, political dynasties and wars. What is the role of jewellery in these Covid-times? Sarah Smuts-Kennedy, who once made buttons for Zambesi and buckles for Minnie Cooper, says: “I want to be surrounded by things that human beings have made that are full of the qualities of life, and are full of the memory of the capacity of human beings to make beautiful things.”

If talking about a pair of earrings feels frivolous, consider this: What if those earrings belonged to your mother and you don’t know when you’ll see her again? What if that bracelet was brought with your very first pay cheque from your very first week in the job you dreamed about forever and might not have for much longer? What if that ring is a one-off piece by a contemporary New Zealand jeweller? Jewellery, but also bona fide art? Gina Matchitt, who curated the jewellery exhibition 'Nga Hokohoko: Bicultural Transference' (on show at The Dowse until August 20), says, “I suppose jewellery has always been a signifier, just as fashion has been over the centuries. It talks about your status, your position in the world . . . so with New Zealand jewellery, for example, in the 1980s, we kind of rejected the whole gold and silver thing and contemporary jewellers made works out of paua and greenstone and things like that. That was sort of about signifying who we were as New Zealanders.”

She says, confined to home, she did not wear jewellery every day, “but what I did do was buy a piece while I was in lockdown”. Her new pendant is from the Crystal Chain Gang, a collective better known for cast-glass chandeliers.

“I wanted to support a New Zealand artist and gallery . . . I didn’t buy a chandelier, because I couldn’t afford it, but they do make these beautiful lead crystal pendants . . .”

‘What are you wearing in lockdown?’ was, says Caroline Billing, “the essential non-essential question”. Billing, who owns Christchurch contemporary jewellery gallery The National, canvassed responses from more than 40 people. There’s comedian Thomas Sainsbury in a St Luke’s Mall Look Sharp original (“one bite proved that it was not, in fact, real gold”), but also wedding rings and pounamu and small white stones from a beach near Punakaiki.

Swedish jewellery artist Karin Johansson wears op-shop bracelets repaired with New Zealand paua and writes “lately the bracelets/my hands remind me of things and actions I love and now very much miss, things taken for granted - a hug in the street, fingers touch on a face, to grab a hand, visit people I love, or just sit close to a stranger on the bus. Closeness, not distance.”

Christchurch woman Christine Low dons a giant sparkly brooch called Space Junk by jeweller Moniek Schrijer: “With social distancing I have found that I am looking at people’s faces more than their overall presence . . . pieces that people can see from 2m away - may as well bring a surprise to the supermarket queue - and they are essential for video-calling.” From the archives: A neckpiece from the 'Wunderruma' Contemporary New Zealand Jewellery exhibition from 2015. Photo / Guy Coombes.

Billing says many respondents posted stories of older jewellery. “That’s what really came out - the connections jewellery has with people . . . but it also showed how jewellery could make you feel good. It became playful. People would say ‘I haven’t even thought about jewellery and today I put on as much as I could and went and had my Zoom meeting’.”

The Instagram series features several works by Dunedin-based jeweller Jane Dodd who, in turn, pinned on a brooch (“amongst the wood dust, kauri gum dust, argyria, stray hairs and general grime”) made from plastic takeaway containers by Kristin D’Agostino.

READ: How To Make A Wool Beret With Lucy Zee

Dodd says recent weeks have been interesting, “as so many of us didn’t go out hardly at all, so the usual excuses for jewellery were challenged”. But she also points out that there are no rules for wearing contemporary jewellery.

“It can be anything you want . . . A precious heirloom, or a funny joke. It can be pretty or ugly, safe or rude. It can be something you have been thinking about or something you’ve never thought about. It doesn’t have to ‘fit’ or ‘go’.”

Dodd, whose recent work has focused on interactions between humans and animals, and the taxonomic order of life, is currently preparing for a new show at Auckland’s Masterworks Gallery.

It’s looking at the Animalia or “kingdom” level, which includes sponges and corals and, she says, there are signs of a Covid-related influence.

“I’ve been making little clusters of sponges out of pearls and silver and paua. They’re slightly blingy. I was making these through the lockdown and I was thinking ‘oh well, that’s level 4, there are only five individuals in that one’. And then I’ve made a bigger one which has nine, and that’s level 3 - because the bubbles are getting bigger.”