Ghost Donkey is one of the many new restaurants offered in Commercial Bay. Photo / Supplied. It's been four years in the making, and on Thursday retail and hospitality precinct Commercial Bay opens to the public.

The world-class shopping and dining destination is set to revitalise downtown Auckland, acting as an interface between the harbour and city; a junction for Auckland's rail, ferry and bus users and home to 10,000 workers in the adjoining new PwC Tower.

The precinct has 45 local and international food vendors, from speciality coffee to lively bars and sleek waterside restaurants, with more due to open later this year. Here are some highlights. 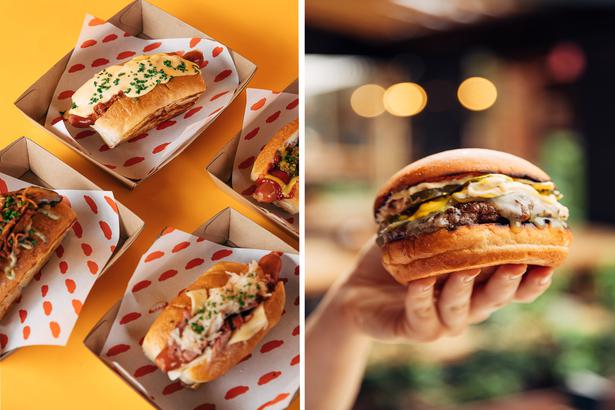 FOR A TASTE TO SUIT EVERYONE
The heart and soul of Commercial Bay's food offering is Harbour Eats, a 650-seat, all-day food hall inspired by the upscale food markets of New York, London and Barcelona.

This bustling food hub on level two features 26 diverse eateries across a range of price points and is set to become a popular meeting place at any time of day.

Larger offerings like Fatima's, Aroy Thai and Billypot round out the space. The energy flows through to the impressive island bar Public, designed by Paul Izzard and conceptualised by Matt Nicholls, serving quality drinks all day long.

The restaurant has been cleverly divided along one wall into four dining areas to create intimate, relaxed spaces no matter how bustling it gets.

Creative director Mimi Gilmour describes the aesthetic as "organised maximalism", celebrating her love of colour, natural materials and vibrant art. "I never thought I would open a burger joint overlooking Auckland Harbour. It's quite special." FOR A FUN FIRST DATE
Modelled on the New York bar of the same name, Ghost Donkey is a mezcal and tequila bar with a Mexican-inspired snack menu.

The pink walls, twinkling fairy lights and white donkey greeting you at the entrance add to the fun, fiesta style of the bar. It's a sensory overload in the best kind of way.

ALSO TRY: Liquorette, a cocktail counter inspired by the bodegas and superettes of New York and Los Angeles, serving cocktails on tap and cocktails in a can using the "Cha-Chunker", which transforms a can of soda into a cocktail vessel by whizzing the top off and adding a mini liquor bottle. Fun. FOR A SEASIDE PUB MEAL
Reign & Pour is a new city tavern from Matt Nicholls of Bedford Soda & Liquor. Expect the same attention to the food and drinks list with a decent range of tap beers and gastropub-style food. Matt calls it a "seaside pouring house with a Victorian-meets-industrial aesthetic.

We're serving good honest Kiwi tucker and craft beer, with a lounging area for after-work drinks and DJs on Friday and Saturday nights." He's proud of its location at the entrance to Commercial Bay on the Queen St and Quay St side, calling it the gateway to Harbour Eats. FOR A MEMORABLE GIRLS' NIGHT
All-day Asian-inspired rose-centric The Poni Room commands the stunning corner site on level one with an all-encompassing pink-on-pink interior that reflects its seaside location.

Modelled on the New York restaurant of the same name, which touts itself as an "American izakaya", the Commercial Bay version has the same seafood-focused menu overseen by Michelin-starred chef Brad Farmerie, highlighting flavours from Japan and Southeast Asia.

The aesthetic is industrial-meets-eclectic with pink walls, seashell and rope-covered surfaces and pink fabric hangings in the style of Japanese noren curtains. Gather friends for a festive shared dinner and a glass of something pink.

READ: Where To Eat In Auckland, According To A Pizza Master 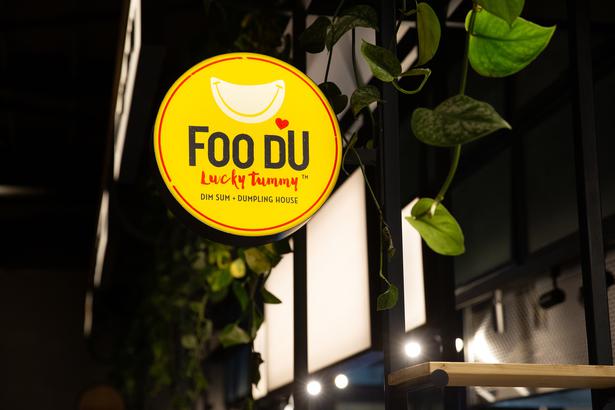 FOR A QUICK BITE
Commercial Bay has grab-and-go options dotted throughout the precinct for those in a hurry.

Next door is Honest Chocolat, offering handcrafted chocolates from Matakana. Yukio Ozeki's (Azabu and Ebisu) Oji Sushi is on the ground floor, and upstairs is Harbour Eats, serving fresh and inventive Japanese fare.

Indulge in oysters from The Lodge Bar & Dining by Rodd & Gunn. Photo / Supplied.

FOR DINING-MEETS-DRESSING
The Lodge Bar & Dining by Rodd & Gunn is a retail-meets-dining experience in the same vein as its Queenstown predecessor of the same name, but instead of lakeside it's seaside.

Like the Queenstown iteration, the menu has been designed by New York chef Matt Lambert to highlight New Zealand ingredients with a pan-Eurasian and American influence. Expect steak cooked over charcoal, burgers, king prawns, and trays of oysters overseen by head chef Logan Clark, ex Bracu.

The bar is manned by Lance Hughes, ex Paris Butter, and Cameron Douglas, a master sommelier recruited from 67 Pall Mall in London, meaning you're in good hands.