From streamlined minimalism to our current focus on saving the planet, Jessica Beresford reflects on the formative fashion moments of the 2010s

The front row of a runway show provides an interesting insight into an era’s cultural climate. Take, for example, Sean John’s 2001 catwalk presentation in New York as a noughties fashion plate: there was Paris Hilton, dressed in a cropped silk bomber jacket and low-rise boot-cuts, rubbing shoulders with Tara Reid and Usher, who wore a collared shirt, baggy jeans and Timberlands.

The front row of Kanye West’s Yeezy season two, in New York in 2015, is also an accurate reflection of the times: there’s Anna Wintour, of course, sitting next to Kim Kardashian, who’s dressed in beige leggings and heels with a bonny North West on her lap; Lorde, wearing wide-leg camel pants and black sneakers, is a few spaces over, next to then-Givenchy designer Riccardo Tisci and a few other contoured Kardashians.

The image — and the way in which it spread over social media at the time — encompasses much of what has come to define the '10s: the influence of sportswear and the knock-on casualisation of dress codes; the unparalleled power of Instagram and its stars; and, more broadly speaking, the way in which globalisation and hyperconnectivity has influenced fashion, celebrity and everything in between. 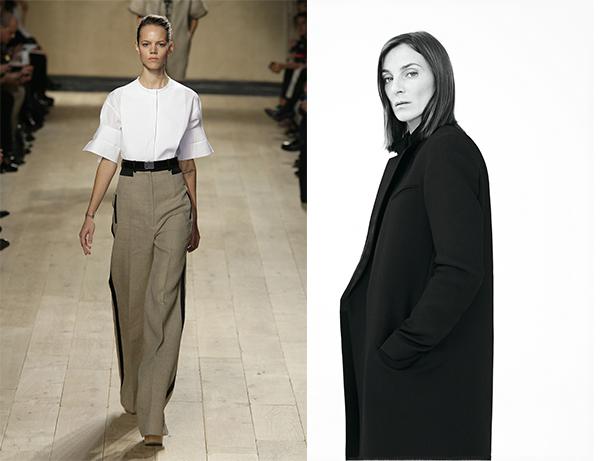 Compared with the turn of the previous decade, where the clothes were as barely there as the actual threat of the Y2K bug, heading into the '10s was much more restrained. Phoebe Philo set the tone early on with her debut at Celine for spring/summer 2010, which she called “contemporary minimalism”.

On the runway it translated to high-waisted, wide-leg trousers, boxy-cut tops and neutral, natural materials. At the show, editors talked about it being what women wanted to wear — prescient words for what would later be celebrated as a feminist tenure.

Where designers such as Philo provided the intelligent substance, the rise of street style photography and the social media influencer turned the fashion show circuit into a circus, as journalist Suzy Menkes lamented in The New York Times in 2013. The likes of Anna Dello Russo, Chiara Ferragni and the various other bloggers and Instagram stars had turned the fashion world on its head: what went on outside the shows became as important as what was on the catwalks. 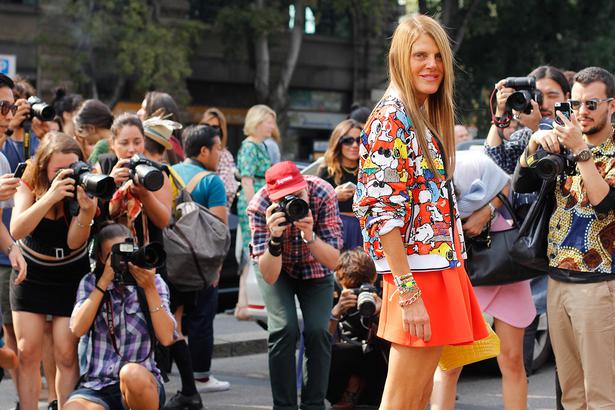 The decade also marked a changing of the old fashion guard. There were the deaths of some of the industry’s most beloved — notably Lee McQueen, Hubert de Givenchy, Oscar de la Renta, Azzedine Alaia and Karl Lagerfeld.

But there was also a re-shuffling of creative directors, spelling new, radical moods for many heritage houses: Marc Jacobs left Louis Vuitton after 16 years, replaced by Nicolas Ghesquiere, who had been at Balenciaga for 15 years; Riccardo Tisci left Givenchy after 11 years, to fill the top seat at Burberry, vacated by Christopher Bailey after 17 years; Thomas Maier exited Bottega Veneta after 15 years, replaced by newcomer Daniel Lee.

The most notable, however, was the arrival of Alessandro Michele at Gucci, who blindsided the press with a playful, maximalist collection that was a stark departure from the style of his predecessor Frida Giannini. This look — an overdose of lace, ruffles and colour — rippled through both the luxury and fast fashion industries. 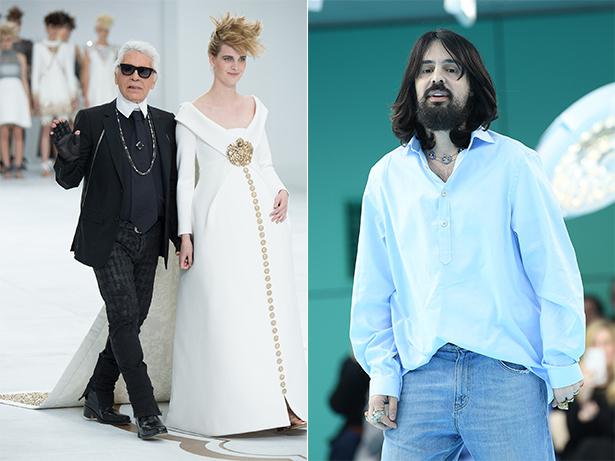 While this maximalism had a significant impact on the 21st century’s teenage years, it would have to contend with athleisure for the dominant look of the decade.

Sneakers were the shoe of choice on and off the runway — which was partially thanks to Philo, who popularised Adidas Stan Smiths after taking a bow in a pair at her autumn/winter 2011 show.

Between Chanel’s couture versions in 2014 and Balenciaga’s Triple S in 2017, every brand had its hot take. More broadly speaking, however, the rise of athleisure was tied to the wellness movement, in which people sucked down green smoothies while wearing Lululemon leggings. But the crossover into high fashion is arguably thanks to Kanye West, whose Yeezy fashion line majored on sporty, skin-tight apparel that was adopted by the Kardashians and, thus, the rest of the world.

READ: Would You Wear Bike Shorts? Inside Fashion's Most Divisive Trend

The '10s were also momentous for diversity, marked by breakthroughs in regards to race and gender. Rihanna became the first black woman on the cover of British Vogue’s September issue — usually a fashion magazine’s most commercially important — in 2018.

In the same year, Beyonce appeared on the front of US Vogue’s September issue, photographed by Tyler Mitchell — the first black person to shoot a cover in the magazine’s history. Runway casting also made significant strides. Louis Vuitton and Balmain employed black creative directors for the first time. 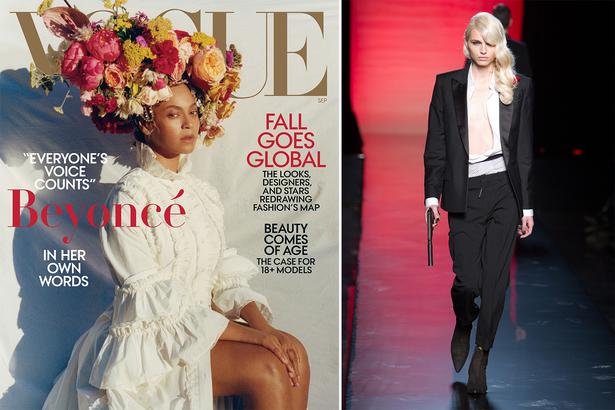 Transgender visibility has also drastically improved, with the likes of Andreja Pejic, Nathan Westling and Hunter Schafer walking the catwalks and Hari Nef appearing in campaigns for Gucci.

Concurrent to the usual ebbs and flows of the fashion industry was a wholly different, more significant movement, however.

The ethical issues entrenched in the fashion industry were brought into sharp focus with the collapse of the Rana Plaza garment factory in Bangladesh in April 2013. The overcrowded and unsafe eight-storey building, used to produce garments for many high street brands, crumbled in less than 90 seconds, killing more than 1130 people.

The tragedy brought the horrors of the industry into the global consciousness and sparked initiatives such as Fashion Revolution, a campaign demanding greater production chain transparency, and the 2015 fashion documentary The True Cost, which highlighted the moral and environmental impact of fashion. 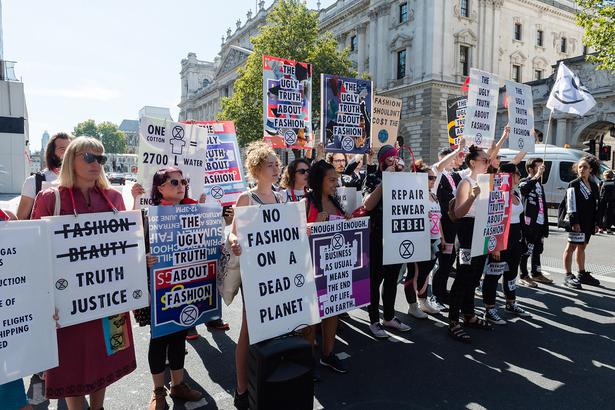 This film, along with a growing acceptance of the global climate crisis, led to another pressing movement of the '10s: sustainability.

Today, most brands have made a gesture towards being more environmentally-friendly; whether those are genuine or not is another matter entirely. Never has awareness of the industry’s environmental impact been so high, yet never have we chewed up and spit out so many clothes.

READ: How A New Generation Of Designers Is Redefining The Narrative

Herein lies the true crux of fashion in the '10s: it was an era of contradictions. On the one hand, it was a decade of hyper-awareness: we asked who made our clothes and ranted about sustainability. On the other, our attention spans became so short that we demanded fashion cheaper and more frequent than ever before.

Going into 2020, we’re left with two antithetical movements that, from this vantage, can’t coexist; a conundrum that will surely come to define the next decade.